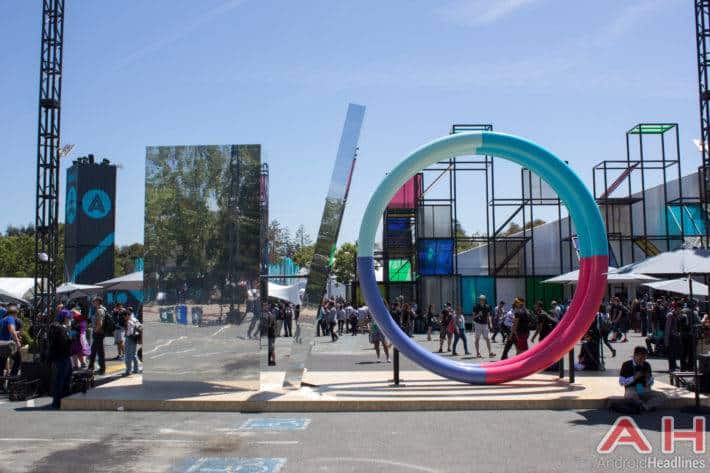 Google has now opened the ticket application window for this year's Google I/O event. Which means if you are hoping to go to Google I/O 2017 and be one of those in attendance when Google makes its various annual announcements for the year ahead, then you will want to register your interest for a ticket. The application process opened this morning at 10AM PST and will remain open until 5PM PST on February 27. So you do have plenty of time to register. Although, you will not want to leave it too long and will certainly want to make sure you have registered by the close of business next Monday.

Of course, unlike other events, it doesn't actually matter when you register between now and the time the window closes, as the time of registration has no direct bearing on the allocation of tickets. As has been the case for the last few Google I/O events, Google does not select people on a first-come-first-serve basis. Instead, ticket allocations will not begin to be selected until after the application window has fully closed. Which means this is a completely random affair with everyone having the same chance of picking up a ticket as everyone else, regardless of time of registration or any other aspect. However, once that window does close, you will know pretty quickly whether or not you have been selected, as Google has confirmed that the chosen will be notified by email (with ticket) on February 28 – the day after the application window closes. It is also worth keeping in mind, that you will therefore be charged for the ticket on February 28 as well. Last but not least, Google only permits one application per person.

As a gentle reminder, Google I/O 2017 will be taking place over May 17-19, 2017 and this year's event is due to be held at the Shoreline Amphitheatre, in Mountain View, CA. Which is the same location it was held at last year, so those who were in attendance at Google I/O 2016 will already be familiar with the location. In either case, if you would like to register your interest now and get it out of the way, then head through the link below.

Advertisement
Google I/O 2017 Tickets
Trusted By Millions
Independent, Expert Android News You Can Trust, Since 2010
Publishing More Android Than Anyone Else
0
Today
169
This Week
661
This Month
3173
This Year
104652
All Time
Advertisement