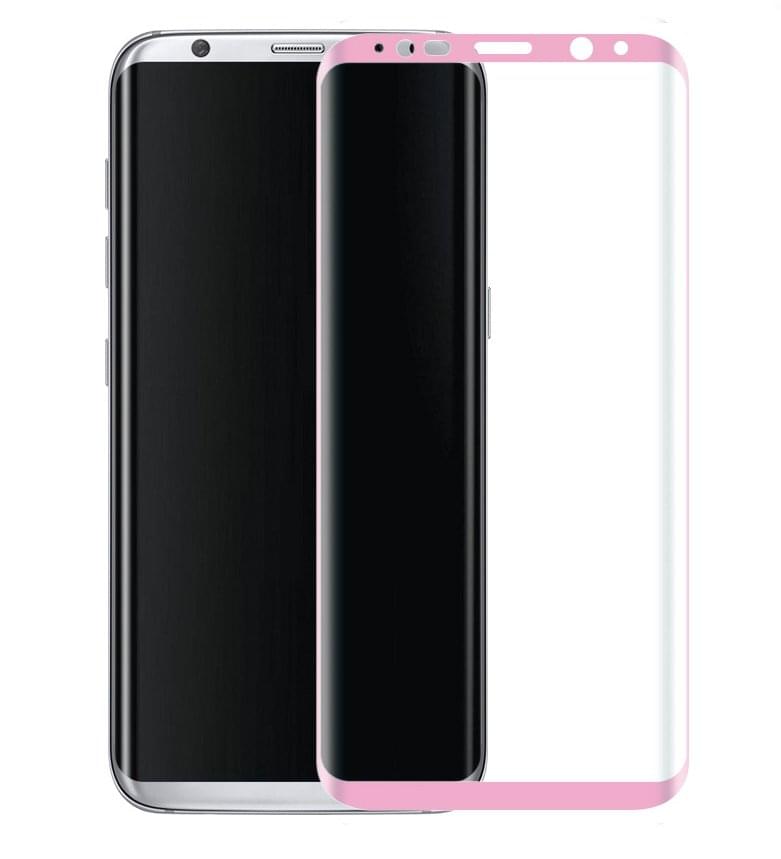 The alleged Samsung Galaxy S8 has just surfaced yet again, this time in Silver and Pink color variants. This very same design leaked a number of times thus far, and this could actually be the upcoming Galaxy S8 flagship. Now, in the provided image, you get to see the silver-color smartphone, and also its front-side in pink color, which could suggest that Samsung is planning to release a pink-colored variant of the device as well. Now, the source does not exactly clarify whether this is the Galaxy S8 or Galaxy S8 Plus, but the two devices will look the same according to rumors and leaks, at least in terms of the design, so the only difference will be in their size. Both the Galaxy S8 and Galaxy S8 Plus are said to sport rather large displays, so it's hard to say which phone is this exactly.

As you can see, this device has curved edges, and its display is also curved on the edges, which is quite interesting, as the LG G6 will ship with curved display edges as well, at least if leaks are to be believed. This Galaxy S8 handset comes with a curved display as well, and as you can see, its bezels are really thin in general, which will allow Samsung to include a larger display in both the Galaxy S8 and Galaxy S8 Plus, that's for sure. Such thin bezels could be one of the main reasons the company allegedly decided to ditch the home button and capacitive buttons, and opt for on-screen keys instead. The power / lock key is placed on the right-hand side of this smartphone, and the device's volume rocker keys are located on the left, as you can see. Now, below the volume keys, you'll notice a separate physical button, and that is allegedly Samsung's dedicated 'Bixby' physical key. Bixby AI is Samsung's upcoming AI assistant which will come pre-installed on the Galaxy S8 and Galaxy S8 Plus.

The Samsung Galaxy S8 will sport a 5.7-inch or a 5.8-inch display is rumors are to be believed, and it will be fueled by the Snapdragon 835 64-bit octa-core processor, though it is possible that Samsung is planning to release an Exynos-powered variant as well. The Galaxy S8 will be made out of metal and glass, and Android Nougat will come pre-installed on the device, along with the company's custom UI. Samsung will include at least a 3,000mAh battery inside of this phone, though it is possible it will be slightly bigger than that, and chances are ti will not be removable. The Galaxy S8 and Galaxy S8 Plus will launch at the end of March or beginning of April, at least according to latest rumors.