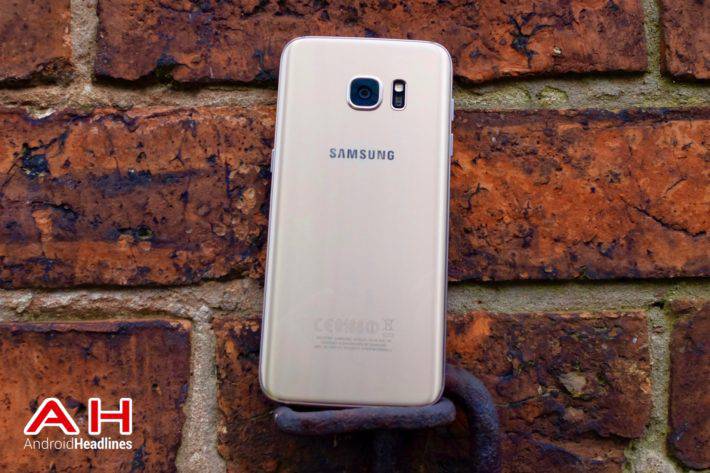 Samsung has confirmed that last year's Galaxy S7 Edge has been recognized by the GSMA as the Best Smartphone at the annual Global Mobile Awards at MWC 2017. Considering most of the consumer interest, not to mention most of the MWC attention, is now focused on this year's new flagships such as the LG G6 and Huawei's P10 line, the company is sure to be very pleased with this award. Samsung has stated that they are honored to be recognized for their "craftsmanship in design and innovation" with the Galaxy S7 Edge and this is not surprising. The fact that their year-old flagship is still receiving awards should hopefully give the device one last boost before the Korean company unveils their 2017 flagships, the Galaxy S8 and Galaxy S8+.

Additionally, the award once again puts focus on the good the company produced last year. Samsung claims the award is a testament to their "constant pursuit of excellence" something the company is more than happy to emphasize. With last year's flagship ending on such a high, though, the company now faces the tough challenge of recreating this success, in terms of both sales and feedback, with this year's upcoming Galaxy S8 line. If successful, the company and its customers will be able to finally put the Galaxy Note7 fiasco behind them, at least until the launch later on in the year of the Galaxy Note8 which will be the ultimate test for the company.

Nonetheless, with the official unveiling of the Galaxy S8 line set to take place just over a month from now, the company is surely doing everything in its power to perfect the launch, not to mention the device's safety. Once the devices are made official, though, the company will likely launch one of its biggest marketing campaigns yet in the run-up to the official release date, which is currently expected to be sometime towards the end of April, with rumors pointing towards April 21st as the specific date. Until Samsung unveils the devices, the official details will remain unconfirmed but, if the rumors are anything to go by, it appears the Galaxy S8 line will be one of the company's most radical design changes in years due to the rumored removal of its signature home button.