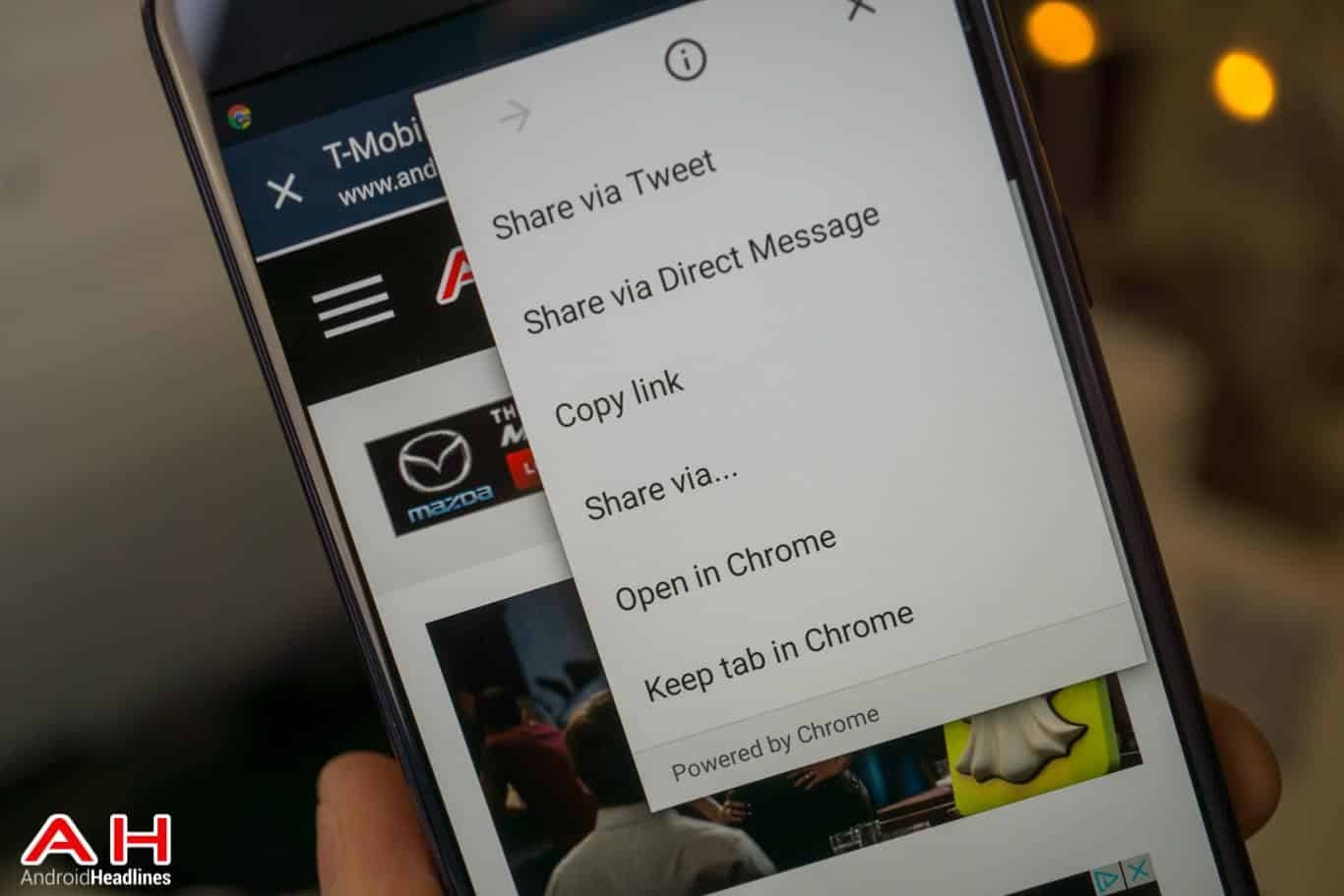 Chrome Beta 57 is currently rolling out to Android devices around the world, and one of the bigger changes in this version of Chrome is the fact that custom tabs now have full controls. Allowing you to go ahead and share the link wherever you want, favorite the webpage, add it to your home screen, request the desktop version of the site and much more. That’s a lot more than you could do before. Prior to this update, you could mostly only share the link with others, or copy the link. So this is a welcomed improvement for those that use apps with Chrome Custom Tab support – like Twitter, Google+, Facebook and many others.

Custom Tabs were introduced into Chrome quite a while ago, and developers have steadily been implementing them into their apps. The main advantage to using Custom Tabs over creating your own in-app browser or sending users to Chrome when they tap on a link, is the fact that you have Chrome built in. Giving users a much better experience when they tap on a link. The tab is still part of the app, but it gives you all the advantages of using Chrome. It also means that developers don’t need to build their own browser within their app. They can just toss in a few lines of code needed for adding Custom Tabs support, and they are good to go.

Currently, this change to Custom Tabs is only available in the Chrome Beta app. Which means if you are using the stable Chrome app that is installed on just about every Android device by default, you’ll need to download the app from the Google Play Store. It’s the same as the regular Chrome browser, but a bit more buggy, and that’s due to the fact that it is really a beta version, and that’s part of being in a beta test. Chrome Beta is available for free on the Google Play Store, which you can grab from the link down below. You may or may not get the update right away, as Google is rolling it out in a staged update right now.