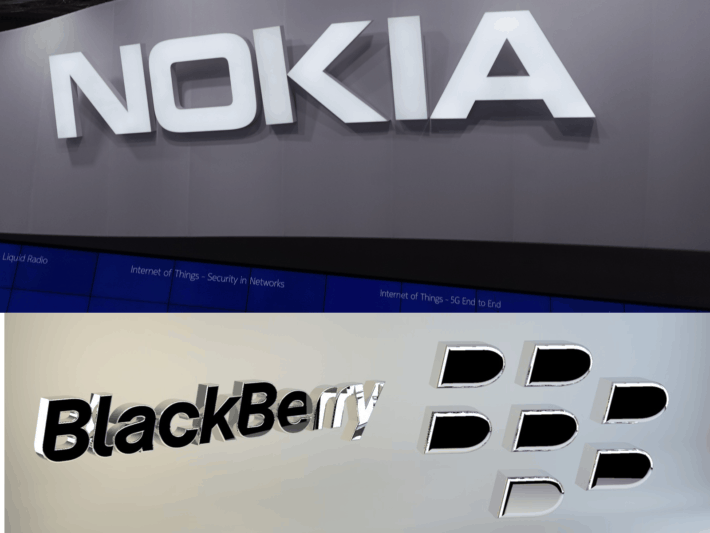 Two of the world’s most iconic brands in the telecommunications industry – BlackBerry and Nokia – are now going head to head in a legal dispute regarding patent infringement. According to reports, BlackBerry is suing Nokia for using a number of their patented technologies, including 3GPP, without having permission and paying royalties. BlackBerry seeks to gain monetary compensation from Nokia for unauthorized use of patented technologies, but the company also added that they wish to resolve the suit on “fair and reasonable terms.”

The recent lawsuit against Nokia claims that the Finnish company has been making unauthorized use of the 3GPP mobile telecommunication standards. In a recent complaint filed in Wilmington, Delaware, BlackBerry mentions that Nokia’s products – specifically those using radio network controllers, Flexi Multiradio base stations, and Liquid Radio software – utilize technologies covered by around 11 patents, adding that “Nokia has persisted in encouraging the use” of BlackBerry technologies without a license. It’s also interesting to note that, according to BlackBerry, some of the patents covered in the lawsuit used to be owned by Nortel Networks Corp. However, in 2011 BlackBerry along with the Rockstar Consortium acquired Nortel’s patents for $4.5 billion, and the licenses were later shared among members of the Rockstar Consortium, including Microsoft and Apple.

It might be a delicate time for Nokia to be getting into legal disputes considering the fact that the Finnish company is preparing to make a noteworthy comeback at this year’s Mobile World Congress and unveil its new Android-powered smartphones. Fortunately, however, BlackBerry doesn’t seem to want and stop Nokia from utilizing its patented technologies or block the launch of devices that make use of 3GPP standards. Instead, it seeks to offer these licensed technologies on fair terms. Nokia is expected to attend MWC 2017 in Barcelona, Spain, where the Finnish company is expected to join the fully-fledged Android market for the first time after leaving the Windows Phone platform behind. The star of the show will likely be the Nokia 6: a 5.5-inch smartphone based on Android 7.0 Nougat and powered by a Qualcomm MSM8937 Snapdragon 430 System-on-Chip, an Adreno 505 graphics chip, and 4 GB of RAM. The Nokia 6 should also carry a 16-megapixel main camera, an 8-megapixel front-facing sensor, and a 3,000 mAh battery.