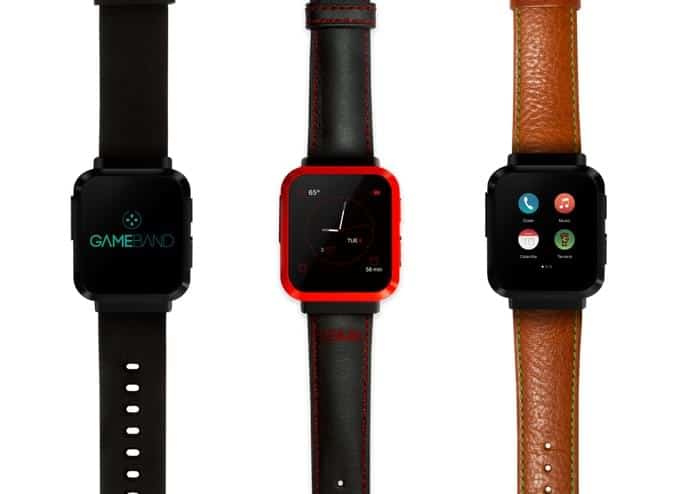 A small startup called FMTwo Game recently introduced the Gameband, its first Android smartwatch designed exclusively for gamers. The product made its way to Kickstarter several days ago and is already close to raising its initial funding goal of $75,000 with 36 more days left to go. The Gameband is powered by Qualcomm's Snapdragon Wear 2100 system-on-chip and a 400mAh battery. The wearable is equipped with all traditional sensors present in contemporary smartwatches and also features a USB Type-C port, as well as support for Bluetooth 4.2 and 802.11b/g/n Wi-Fi. Additionally, the Gameband will run Android Marshmallow out of the box, FMTwo Game revealed. The smartwatch is equipped with a 1.63-inch AMOLED display and a microSD card slot which supports up to 256GB of expandable storage.

Apart from conventional smartwatch apps, this device will support approximately 20 games at launch and will ship in two versions – the Atari one and the Terraria one. As their names suggest, the former will be released with Atari classics like Centipede, Pong, and Crystal Castles, while the latter will be all about the popular 2D sandbox game. Early Bird Kickstarter backers can order either version of the Gameband by pledging $149. The wearable is expected to ship this September. Seeing how the smartwatch was primarily designed for gaming, it ships with support for a management app PixelFurnace which allows you to transfer mini-games and even entire PC games to your watch. The point of doing the latter is so that you're able to plug your Android-powered smartwatch into any PC and use the PixelFurnace app to start playing any game loaded on your wearable. In other words, the Gameband was designed for gamers who value portability as they're constantly on the move.

FMTwo Game designed the Gameband Atari Edition in collaboration with Atari, meaning all of the classic Atari games available on this watch aren't direct ports but remakes intended to be played on a 1.63-inch screen. It remains to be seen whether a gaming smartwatch is something that can appeal to a large audience, but at least 500 people like the idea seeing how they've already pledged over $73,000 to FMTwo Game on Kickstarter. The video below depicts the Gameband in action.