Google rolled out Allo and got a sea of negative feedback not long after over some of the key features it was missing that people were accustomed to having in their chat clients, and it looks like one of those grievances, being the lack of a desktop client, will be solved in the near future. A Tweet from Nick Fox, Google’s Vice President of Communications Products, shows off a screenshot of a desktop client for Allo. According to Fox, the client’s development is not all that far along, the client that was shown seems to be in fairly good shape, and boast most of Allo’s key features, including integration with Google’s AI-based Assistant. It should be noted that this will be the first time that Assistant hits desktop platforms, so long as Google does not out another product featuring Assistant for desktops before Allo comes out.

Allo’s lack of a desktop client is a severe pain point for users at the moment, but is actually tied into another pain point; the lack of cross-device syncing. In Hangouts, for example, you could access your chats, sent files, and settings across any device you logged into your Google account with. Users on Twitter asked Fox if a rollout on desktop for Allo meant that cloud syncing would come with it, but he did not answer. He also did not answer questions about the possibility of SMS support in Allo’s desktop client.

Google has made it quite clear that they are not finished building Allo into the product that they want it to be, and the product that users have made it equally clear that they want. With that in mind, the creation of a desktop client serves as an exciting sign of life, but it will likely take a bit more to bring back the users that Allo hemorrhaged in its initial rollout and the subsequent weeks of relative developmental inactivity. For now, the main features include secure private chats, Assistant integration, and Facebook Messenger-like stickers, though more bots are coming in the near future to spice things out, like the recent Lucky bot that spits out GIF images related to user input. 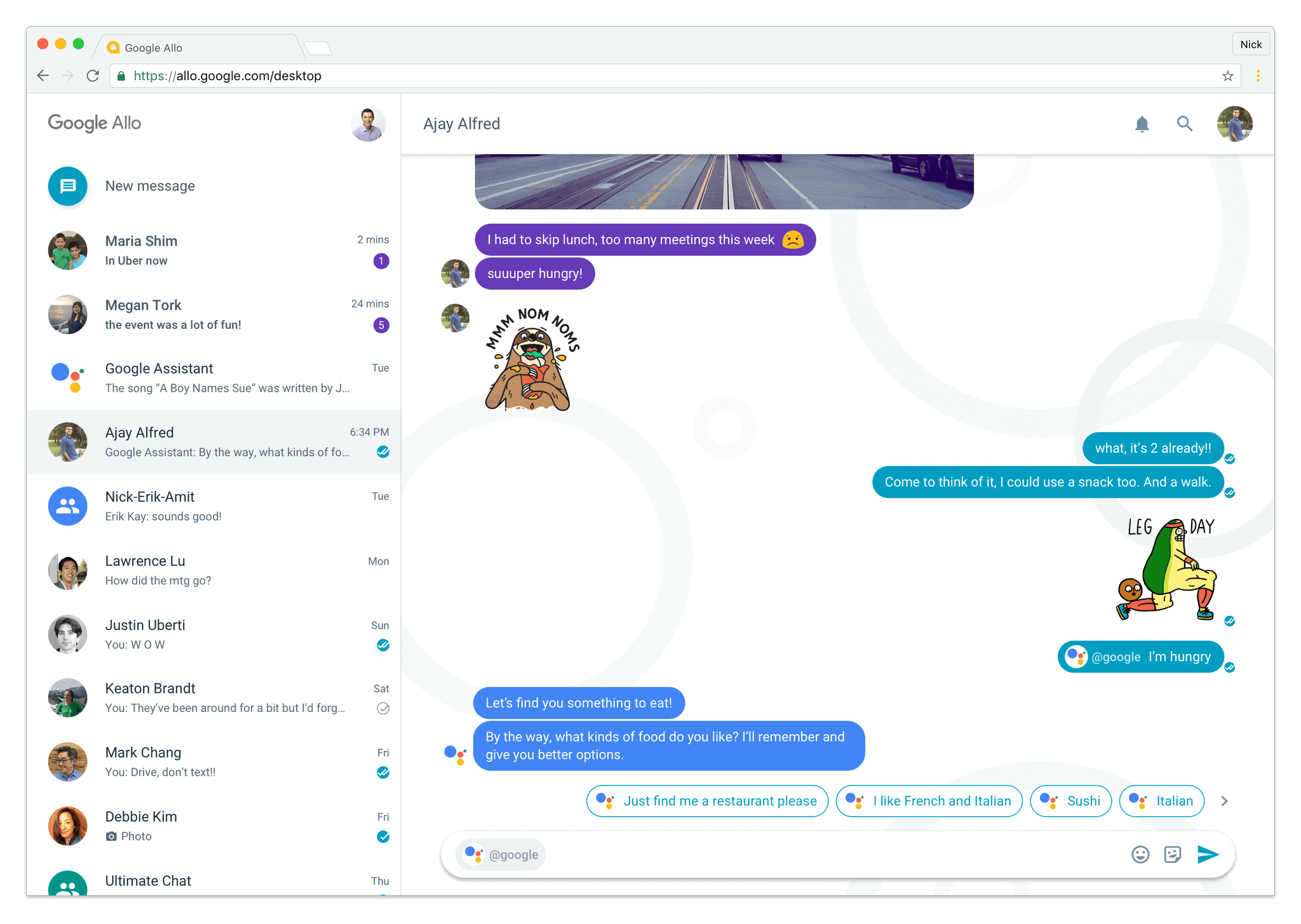