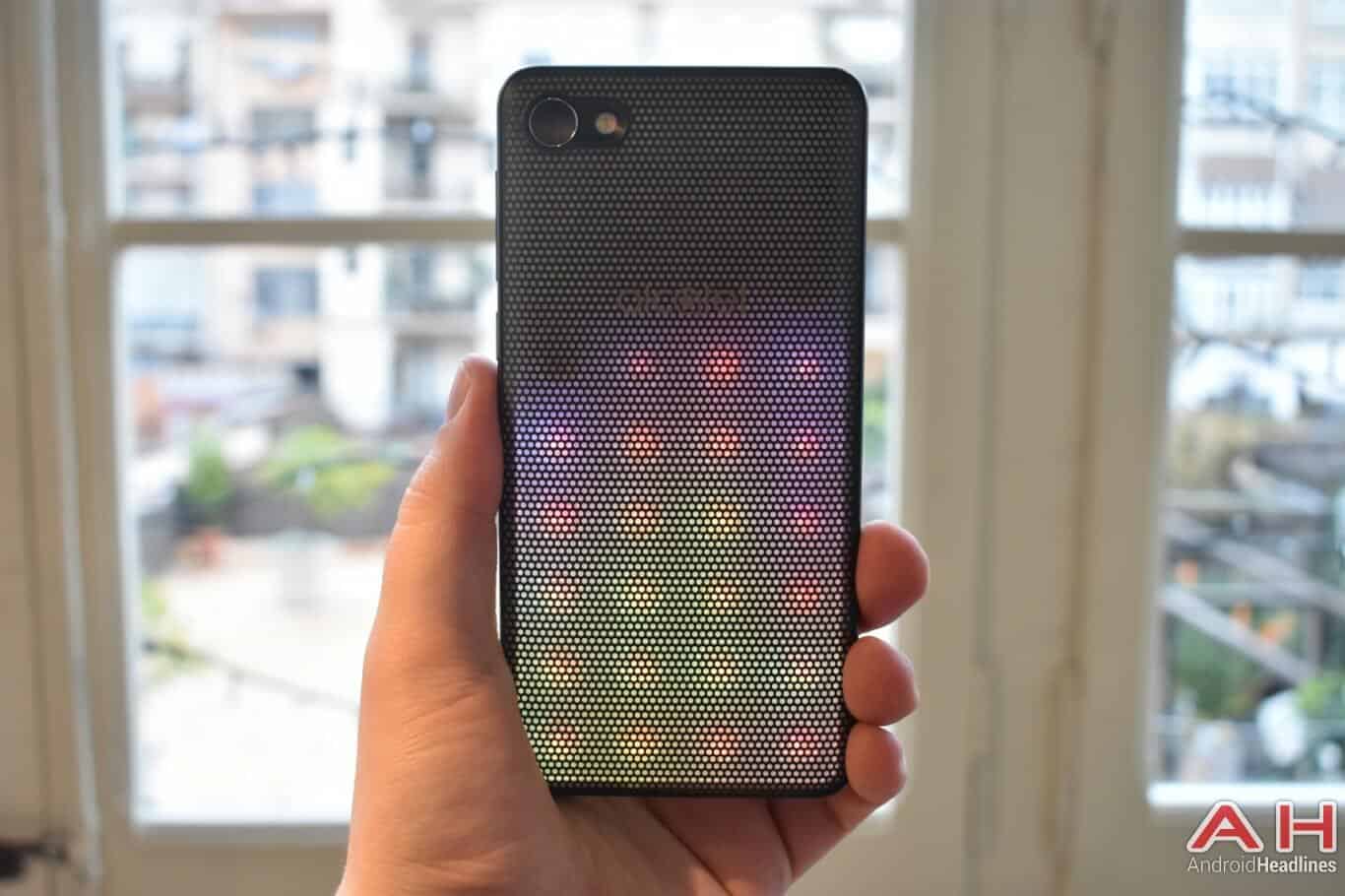 At MWC 2017, Alcatel introduced a new smartphone which has now been unveiled as the Alcatel A5 LED. As the name suggests, the big selling point with this smartphone is that it comes covered with LED lights. In fact, Alcatel notes that this is the “world’s first interactive LED-covered smartphone.”

As this is an LED-sporting smartphone, the Alcatel A5 LED is able to make use of various lighting effects, with the user able to choose from preset patterns and the option of creating their own theme for a more unique LED experience. The LEDs can also be used as a prompt for incoming notifications with the added ability to customize light shows for different notifications, such as calls, messages, alarms, social media alerts, and so on. The LED feature can also be used for music playback, with the user able to quickly change light show by simply shaking the smartphone. While the inclusion of LED lights might not be a feature for everyone, it does seem clear that Alcatel is positioning the A5 LED as a smartphone for younger customers. As in addition to the LED functionality, Alcatel has also confirmed that some of the other selling points for the A5 LED include an “enhanced multimedia experience”, as well as “more ways to take and share selfies.” With Alcatel’s Portfolio Management Director, William Dowie, adding that the A5 LED is “for people who value having fun and letting their personality shine.”

In terms of the actual specs, the Alcatel A5 LED comes equipped with a 5.2-inch IPS display and makes use of a 1280 x 720 resolution. Inside, the Alcatel A5 LED comes packed with 2GB RAM, 16GB internal storage and is powered by a MediatTek MT6753 octa-core processor (clocking at 1.5 GHz). This is a smartphone that comes loaded with an 8-megapixel rear camera, as well as a 5-megapixel front-facing camera. Along with additional features including a 2,800 mAh battery, the option to expand the storage when needed (via microSD), and Android 6.0 (Marshmallow) out of the box. Although Alcatel has now officially announced the A5 LED, Alcatel has yet to provide any form of pricing or availability information.