We had reported in early November that the ZTE Axon 7 was to receive its Android Nougat upgrade in January according to ZTE’s Germany branch. However, at CES today, ZTE made the official announcement, or I should say Tweet, that Nougat was on its way although they did not give an exact date. ZTE is known for giving the customer a good value and the Axon 7 is no exception as it is clearly a high-end device with a price tag of about $400.

The ZTE Axon 7 is a work of art that ZTE designed with Designworks, which is owned by BMW. It has an all-metal body with curved sides that make it easy to hold for long periods, and it has an overall luxurious appearance. The Axon 7 is somewhat late in receiving its Nougat update, and ZTE will have to do better if they expect to make it big in the US. However, with its looks, specs, and pricing, the Axon 7 will be hard to ignore. The ZTE Axon 7 sports a nice sized 5.5-inch Quad HD AMOLED display with a resolution of 2560 x 1440 pixels and with 538 pixels-per-inch (PPI.) It is packing the best processor it could at the time of its release, the 64-bit quad-core Snapdragon 820. The Axon 7 packs 4GB of DDR4 RAM and 64GB of the faster USF 2.0 internal memory that is expandable via a microSD card to 256GB. The 820 runs with the Adreno 530 GPU for excellent graphics, and it will handle any games you throw its way.

The primary camera is a 20MP ISO-Cell sensor using a sapphire lens for added durability, and has phase detection autofocus (PDAF), OIS, and EIS, with a large aperture of f/1.8 for good low light shots. The front-facing camera (FFC) is an 8MP camera with an aperture of f/2.2 for great social media selfies and video chatting. It packs a 3250mAh non-removable battery with Quick Charge 3.0 that can give you up to an 83-percent charge in only 30 minutes. ZTE really worked on providing the Axon 7 owner with great sound. It sports dual microphones and dual front-facing speakers under those beautiful metal grilles at the top and bottom of the device. It even incorporates Dolby ATMOS technology to allow for Hi-Fi recording and playback. The ZTE Axon 7 comes out-of-the-box running Android 6.0.1 with MiFlavor UI 4.0 on top – but hopefully, it will soon see Android Nougat. It measures 151.8 x 75 x 8.7mm, weighs in at 185 grams, comes in Ion Gold, Quartz Grey, Chromium Silver, and will cost you approximately $400. 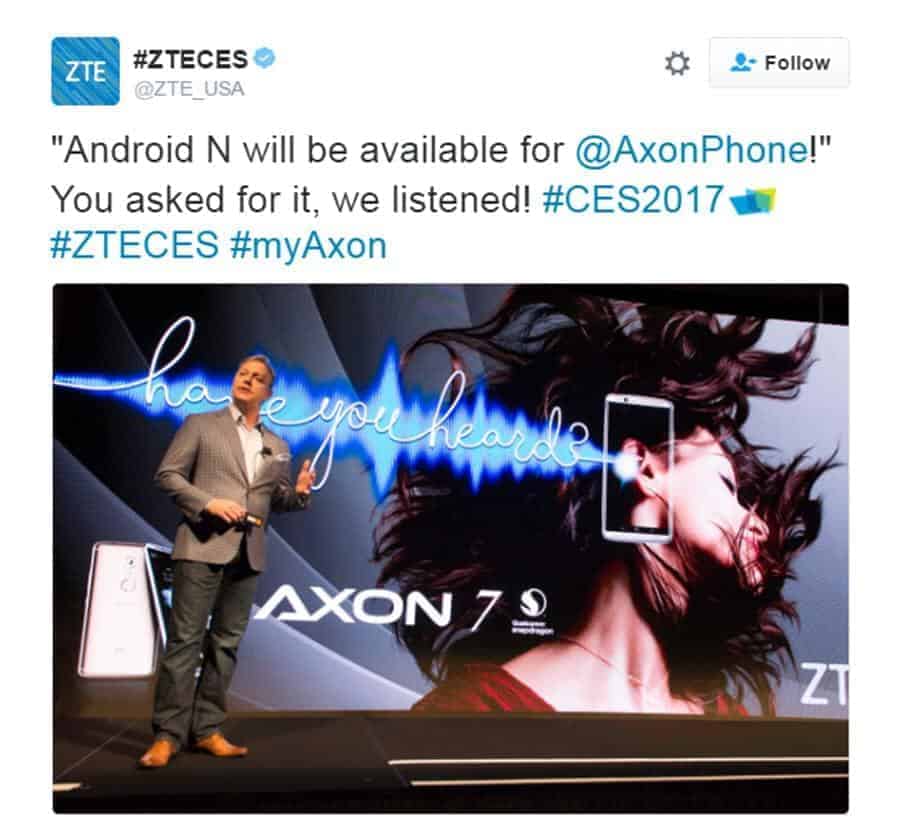