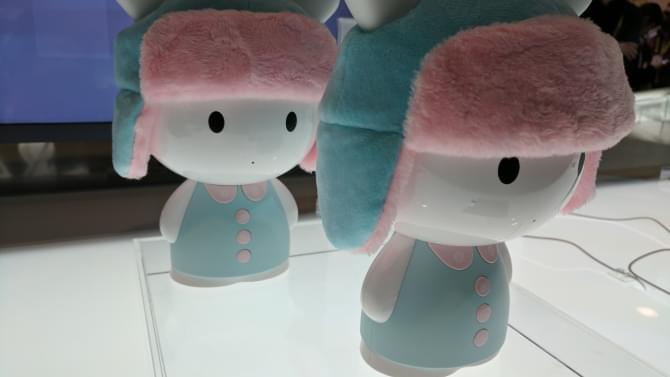 Recent advancements in the field of Artificial Intelligence have paved the way for an increasing number of smart speakers powered by voice assistants, most of which are viewed as competitors to the popular Amazon Echo, and the more recent Google Home smart speakers. At CES 2017, Xiaomi introduced its own voice-controlled smart speaker aimed at the younger audience, called the Xiaomi Mi Bunny. The product is available for purchase in China for the equivalent price of roughly $29.

The Xiaomi Mi Bunny is, as the moniker suggests, a bunny-shaped product greatly inspired by Xiaomi's mascot. It's a voice-controlled smart speaker powered by Xiaomi's in-house smart assistant, which doubles as a storyteller for children. The device is not only able to send and receive messages through WeChat, but can also read out-loud from a rich library of 10,000 books. Another important characteristic is the product's ability to improve speech recognition over time, which sounds like a "must have" feature considering the fact that the device is targeted at children. Last but not least, the Xiaomi Mi Bunny accommodates a series of LED lights embedded in its ears, which light up whenever the smart assistant is in use.

The Xiaomi Mi Bunny is currently available only in China, and costs the equivalent of $29. It's a fairly low price for a device in its category, but it does seem to have been designed specifically for the Chinese market given the implementation of WeChat messaging, and needless to say, whether or not the product will be launched outside of China remains to be seen. In any case, Xiaomi is no stranger to the idea of launching smart devices targeted at younger audiences, in mid-2016 the company also introduced the Xiaomi Mituwatch smartwatch for kids. The Xiaomi Mituwatch was launched only in China and this might indicate that the new Xiaomi Mi Bunny smart speaker will have a similar story. In other words and unlike most other new smart speakers, the Xiaomi Mi Bunny targets its own market segment and doesn't seem to aim and compete with products like the Amazon Echo or Google Home.