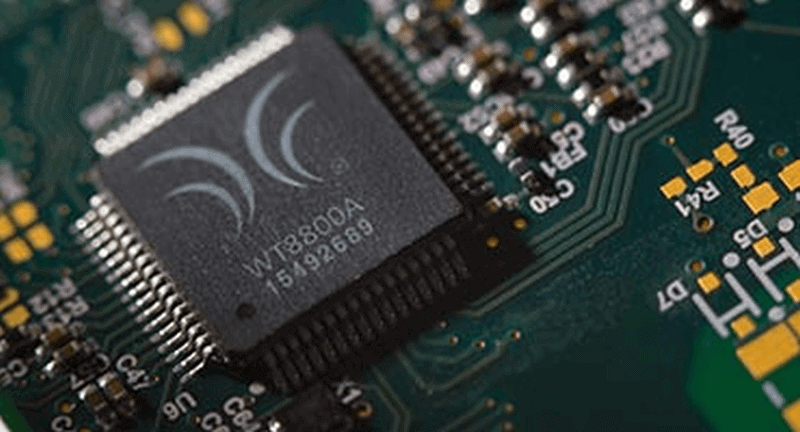 Wireless charging technology is becoming increasingly popular as more smartphone manufacturers continue to implement it into their products. Wireless charging also works hand-in-hand with wearable devices, but regardless, there's still a lot of room for improvement in regards to how we send electrical current to our devices wirelessly. With that in mind, WiTricity aims to provide a unified solution to device manufacturers through the WT8800 wireless charging controller. The controller incorporates a mixed-signal System-on-Chip (SoC) with an architecture that integrates the complete analog and digital controller functions of an AirFuel Alliance-compliant Power Transmitter Unit (PTU), and unlike most other wireless charging solutions, it uses magnetic resonance technology as opposed to magnetic induction methods. This means that devices equipped with the WT8800 controller can draw current from compatible charging pads even through certain materials, and it also means that devices don't have to be precisely aligned with the charging pads in order to receive electrical current. Additionally, magnetic resonance technology allows the charging of multiple devices with the same charging pad, which should be a very convenient feature for users who own more than one device capable of wireless charging.

Spec-wise the WiTricity WT8800 controller takes advantage of scalable power output and can deliver "a few Watts" at the lowest, and up to 100 Watts in scenarios where higher wattage is required. In addition, the company will also offer system reference designs based on the WT8800 controller, which will be able to deliver up to 30 Watts of power. In closing, the WiTricity WT8800 wireless charging controller is currently demoed at the Consumer Electronics Show 2017 in Las Vegas, but whether or not it will be adopted by device manufacturers is another matter altogether. The solution may be provided by WiTricity, but it will be up to the OEMs to decide whether or not they want to implement the technology into their products. Either way, WiTricity CEO, Alex Gruzen, adds that the company is excited to offer the WT8800 wireless charging controller "along with our robust library of reference designs, to help global brands accelerate their introduction of this game-changing consumer technology."