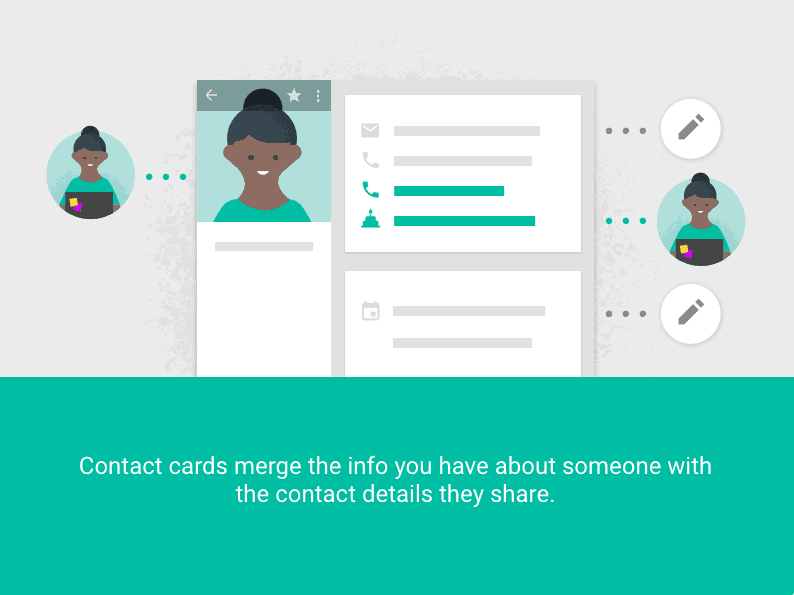 Google Contacts on the web has largely been forgotten over the years, and that's usually due to the fact that most people use their contacts on their phone and not on the web. But Google has just updated the web version with a nice looking material design update. It has also brought all of the features from the Android app to the web, so the two platforms are now in parity with each other. The update for Google Contacts is rolling out now, and most people should see it already.

Back in March of 2015, Google had first rolled out a preview of the material design interface for everyone to take a look at. It was then updated several times, before rolling out to G Suite users in March of 2016. However, now the update is finally rolling out to everyone, in its final form. It sports the typical material design aspects, and makes it much easier to use. In the side panel, you'll see options for Contacts, Frequent Contacts and Duplicate Contacts. This way you can go through and eliminate the contacts you have that you no longer need. You can also find contacts easier, especially if it is someone that you contact often.

In the update, you'll also find a FAB (Floating Action Bar) in the lower right-hand corner, that allows you to quickly add a new contact to your list. The layout is pretty simple, and everything is about where you would expect it to be, more or less. Now Google Contacts looks a lot less like a part of Gmail and like its own service from Google. You can check out the update using the link down below. Everyone should be seeing the update, if you aren't, you may need to clear your cache or restart your browser to see it. It is a server-side update, so it also may not be available for everyone just yet.

It seems that Google has been rolling out updates to services that they have neglected for years, this past week. With Google Voice getting a huge update earlier this week and now Google Contacts also getting one.