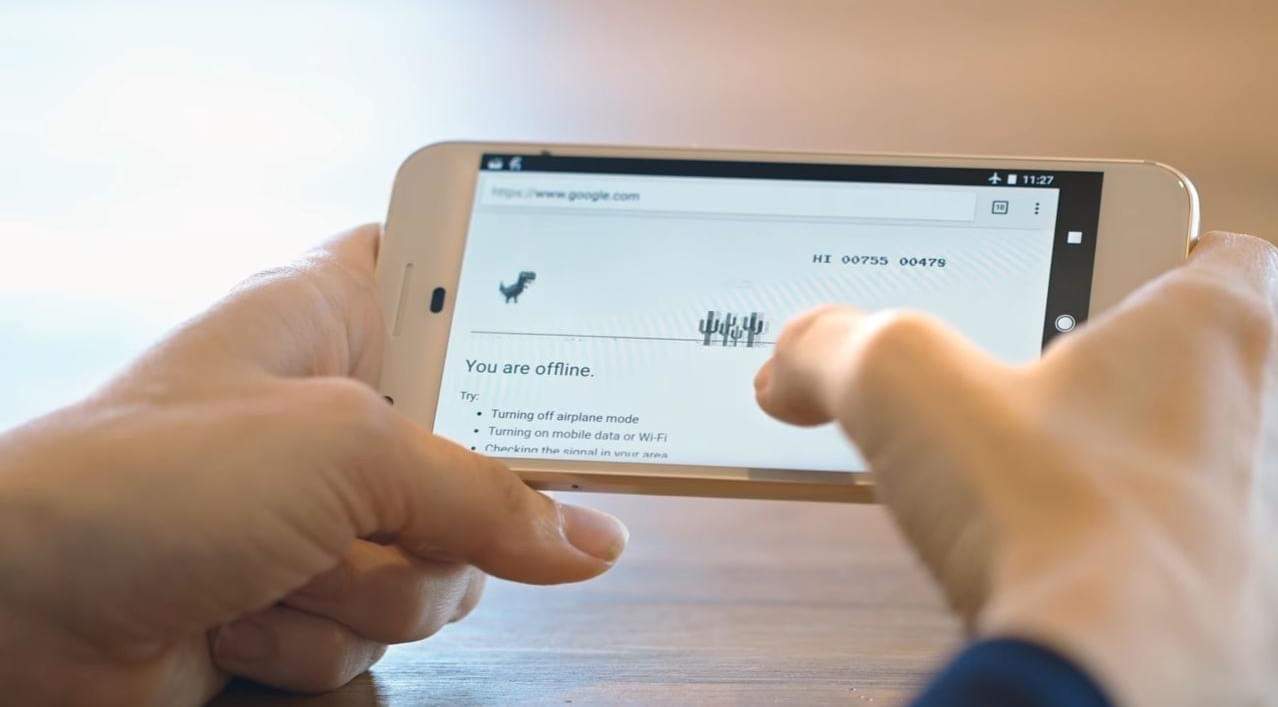 Google employees Nat and Lo are back with another video, this time about various games hidden within Google's products and services. In just over three minutes, Nat and Lo have revealed five hidden Google games and Easter eggs that they believe everyone should know about.

Starting off with Chrome T-Rex, if you've ever noticed a pixelated T-Rex when opening the Chrome browser without an active Internet connection, then you already came across one of Google's hidden games. To activate it, simply click on the T-Rex or press the space bar on your keyboard and the "You are offline" screen will turn into an endless runner starring a tyrannosaurus. Next in line are the popular Google Doodles which usually appear on Google's homepage during special events and holidays. These doodles are always displayed for limited periods of time, but the good news is that each and every one of them is archived by the search engine giant and available to all users on the Doodle Archive website.

Another interesting Google game that doubles as an artificial intelligence (AI) experiment is called Quick, Draw! The game is available on a website on which users can draw their own doodles in 20 seconds, after which Google's AI will attempt to identify the drawings while simultaneously improving its recognition algorithm. Moving on to Chrome Experiments, this is a Google website allowing users to sync their smartphones and tablets with a computer and use their mobile devices as controllers for a variety of mini-games. Chrome Experiments allows up to four players to compete in sports events including running, swimming, and cycling on a single computer screen, making for a potentially interesting party game. Last but not least, Google Chrome holds yet another Easter egg for fans of classic Atari arcade games, especially Atari Breakout. If you try to use Google Images to search for "Atari Breakout," the page will turn into a clone of Atari Breakout allowing players to break blocks made of images. Make sure to check out Nat and Lo's latest YouTube video below for more details on these hidden Google games and Easter eggs.