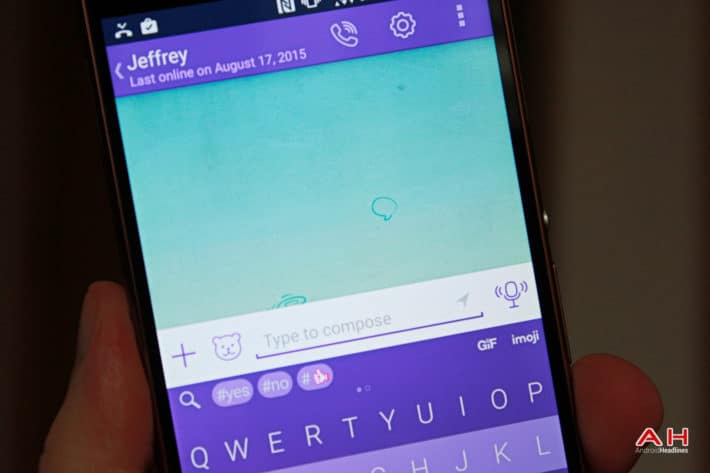 Viber is doing its part to help out those families affected by Trump's latest Executive Order, which calls for the ban of people entering the US from seven different countries. Viber is offering up free calls to those in the US to those seven countries, or vice versa. This way everyone can get in touch with their loved ones and make sure that everything is going well. The Executive Order from President Trump had left over a hundred people stuck at airports across the country, from flights that were already in the air when the order was signed by the President. This led to many protests across the country, many at the country's largest airports. Currently the travel ban is still in effect, but that may change, or at least be altered in the next few days.

It's likely that Viber won't be the only one offering up free international calls to the effected countries – which include Iraq, Syria, Iran, Libya, Somalia, Sudan, and Yemen. But right now they are the first to do so. Viber has around 800 million users around the world, and actually the majority of their users are in the Middle East, which includes those seven countries that are part of this travel ban. When it comes to tech companies, many of them have released statements about the travel ban, and none of them are siding with the president on this one. In fact, Google and Alphabet co-founder, Sergey Brin was found at the San Francisco Airport protests over the weekend. He stated that he was there in a personal capacity and not in a professional capacity, and would not give any statements.

The good news is that those that have family in Iraq, Iran, Syria, Libya, Somalia, Yemen and Sudan, can go ahead and call them using Viber for free. Now this likely won't last forever, so if you are wanting to call your friends and family, you'll want to do so now. The company hasn't said how long they'll be offering up free calls, but it'll likely be for the duration of this travel ban, which is about 4 months.