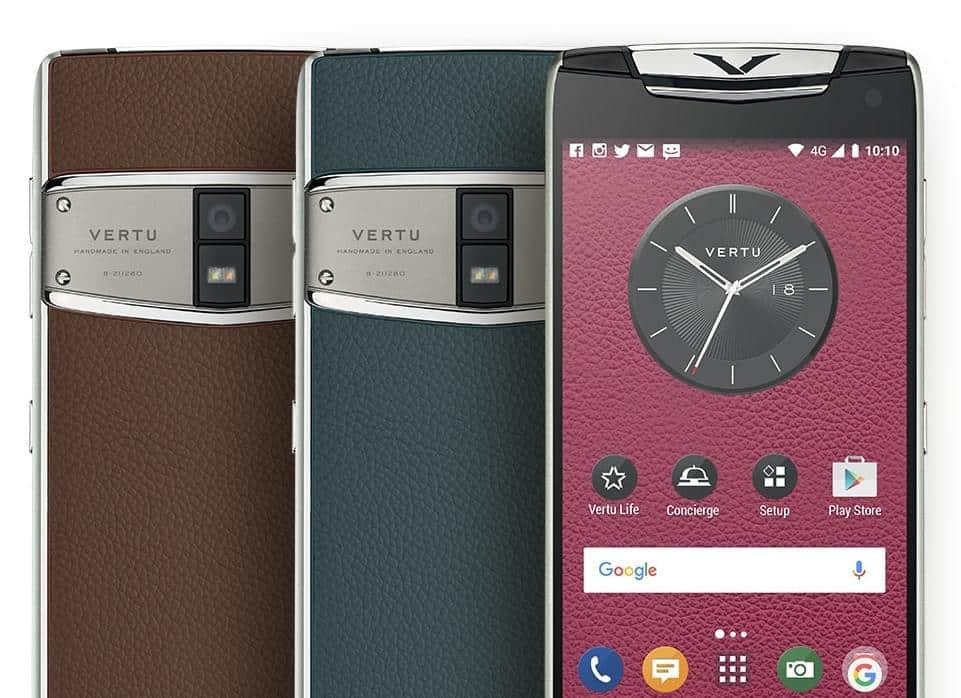 Vertu's latest luxury phone is the Dual-SIM Constellation, a device which follows along the same lines of offering consumers a high-priced smartphone with extravagant attention to detail and at least a few high-end specifications. While the specs on offer are nothing to be ashamed of, you aren't going to get the most powerful hardware inside the device. Then again, the cost of this phone is not hinging on the specs, but rather the use of hand crafted materials like imported leathers from a family-run Italian tannery, and a ruby button for the Vertu CONCIERGE feature. Vertu's other service plays a part in the price, too, as Vertu LIFE will be available to all buyers of the Constellation when the phone launches, which is happening in mid-February, albeit at an unspecified price.

On the hardware side of things the Vertu Constellation is equipped with a 5.5-inch WQHD display which is protected by a Sapphire Crystal screen. This should boast some extra durability against scratches should, although at the price this is going to cost the consumer, scratching it is not something that's recommended. Having said that, consumers who are willing to pay this price for a smartphone likely aren't too worried about if it needs replacing due to damage.

Additional specs on offer include Android 6.0.1 Marshmallow for the software, a 12-megapixel rear-facing camera that Vertu highlights will support features such as 4K video capture, slo-mo video capture, and a panorama mode for those instances when you want to capture more of the subject, such as a landscape. The audio on the Constellation is powered by Dolby Digital Plus so the sound quality for music and other audio should be superb. Since this is a Dual-SIM device the Constellation is perfect for those who travel often and need to switch between services and networks for the countries they're in, and Vertu says the Constellation supports 34 different international bands and protocols, which likely means that it should have no trouble working wherever you take it. The device also supports Android Pay and NFC, and it uses USB Type-C for charging and data transfer, while also carrying a decently-sized 3,220mAh battery inside that supports wireless charging. There's no mention of the amount of RAM, but the Constellation does have 128GB of internal storage space that is also expandable.