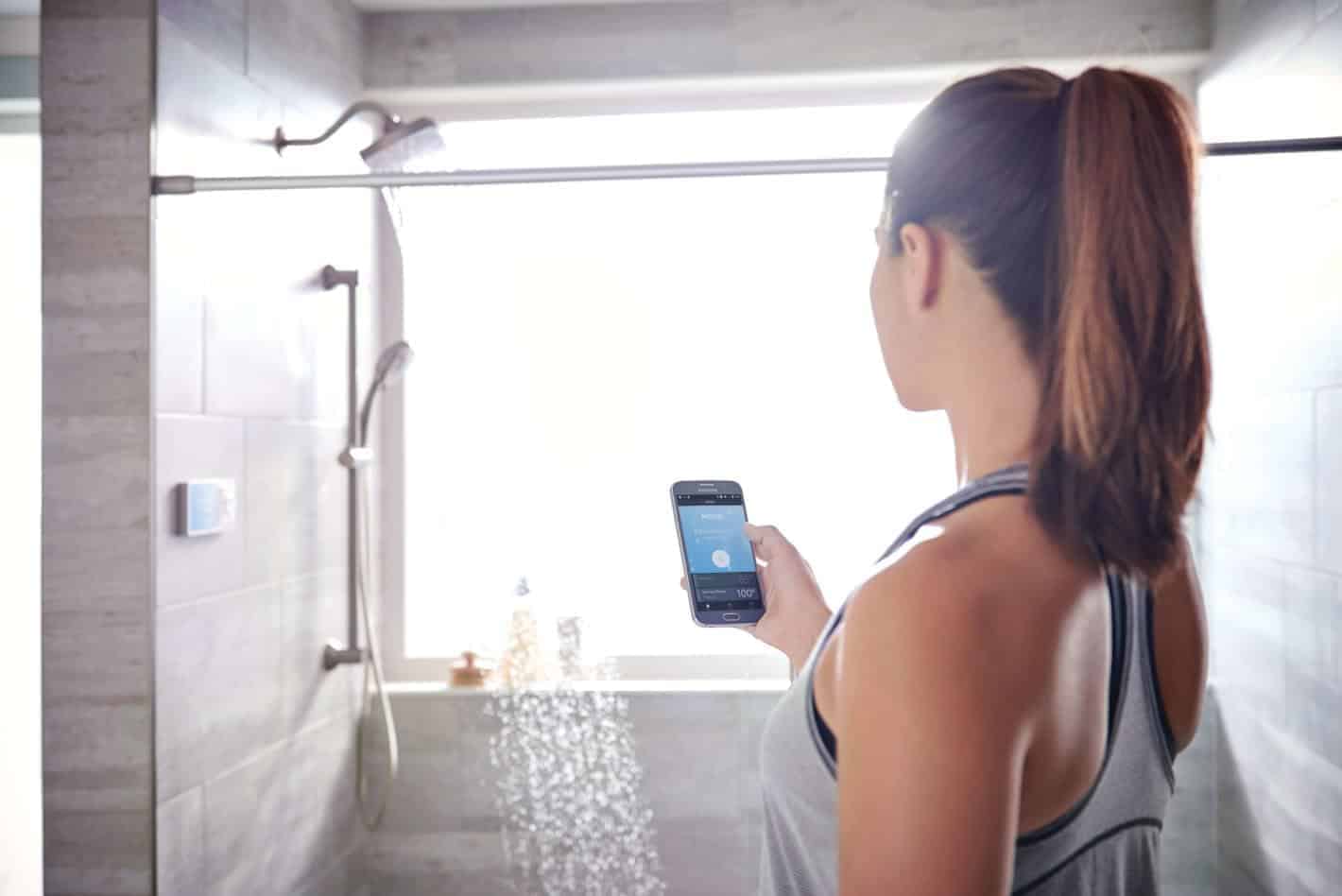 If you've ever wanted to control your shower's temperature down to the degree, create a personalized profile with a greeting and timer, or turn on a hot shower when you wake up and have it ready when you reach the bathroom, the Wi-Fi connected U By Moen shower system is right up your alley. It may not be the first shower system out there to embrace the Internet of Things, but it is intuitive, feature-rich, and all of the parts are quite aesthetically pleasing. Moen's take on the smart shower can use your smartphone to control the action, but centers on a control panel that can go right in your shower, which features a large LCD display and plenty of buttons to give you precise control of a number of variables for your shower.

The U By Moen shower system is simple for both the user and the installer; the valve cluster is connected to the control panel by a single 30-foot cable, allowing the two items to be almost anywhere in a given shower setup. From there, two water-spraying apparatus can be attached on the base model, while the higher end model features four output valves. Most any standard shower should work just fine. The DIY-friendly system is even friendlier once it's been installed; a companion app on your smartphone can control the action from anywhere, allowing parents to crack down on water-hogging shower singers, or sleepyheads to have a shower going by the time they shuffle into the bathroom half awake. To make the whole deal sweeter, a backup battery system ensures that the system won't give up the ghost in a power outage.

The variables that can be controlled include temperature, notifications, and a timer. Users can also create a number of profiles and presets from the companion smartphone app. Moen has yet to announce when the new shower system will be hitting the streets or how much it will cost when it does, but they did note in their press release that it will wind up in showrooms, most likely places like Home Depot and Lowe's, and will be available online.