Days after some unverified rumors suggested that the upcoming Nokia 6 will be sold exclusively in China, new developments now seem to indicate that the device might see a global release after all. That’s because Bluetooth SIG has now seemingly certified two different versions of the device carrying model numbers TA-1000 and TA-1003, both of which are now listed on the organization’s official website. The product is also clearly mentioned as the Nokia 6, which was announced earlier this week by HMD Global after various leaks, rumors and speculations over the past several weeks has hinted that the first Nokia-branded smartphone to hit the market this year will be a mid-ranger with relatively modest hardware specs. The device was earlier rumored to launch in India at a price of Rs. 9,999 (US$150), but new reports claim that it will come with a significantly higher price-tag of around $250.

Taking a quick look at the official spec sheet of the Nokia 6, the device features a 5.5-inch IPS LCD display that comes with Corning’s Gorilla Glass 3 protection and has a resolution of 1920 x 1080 pixels. The device is powered by Qualcomm’s Snapdragon 430 MSM8937 SoC, which comes with a 64-bit octa-core Cortex-A53 CPU and the Adreno 505 GPU. The device comes with 4GB of LPDDR4 RAM and 64GB of internal storage, and supports microSD cards of up to 128GB in capacity. The phone packs a 16-megapixel rear camera with a 1μm sensor, an f/2.0 aperture, phase detection autofocus (PDAF) and dual-tone flash, as well as an 8-megapixel front-facing camera with a 1.12μm sensor, an f/2.0 aperture and an 84-degree wide-angle lens.

The smartphone also comes with Dual Stereo Speakers, Dual Smart Amplifiers (TFA9891) and Dolby ATMOS for better audio quality and supports dual SIM connectivity. On the software side of things, the Nokia 6 runs Android 7.0 Nougat out of the box, with the promise of stock Android experience with a few minor tweaks here and there. On the connectivity front, the Nokia 6 comes with support for 4G LTE, dual-band Wi-Fi b/g/n, Bluetooth 4.1 (with A2DP and LE), GPS and USB OTG. Interestingly, the phone also includes a 3.5mm audio jack, something that’s fast losing favor with many smartphone vendors worldwide. Sensors include an accelerometer, a gyroscope, a fingerprint scanner and a proximity sensor. The phone measures 154mm in length, 75.8mm in width and 7.8mm in thickness. 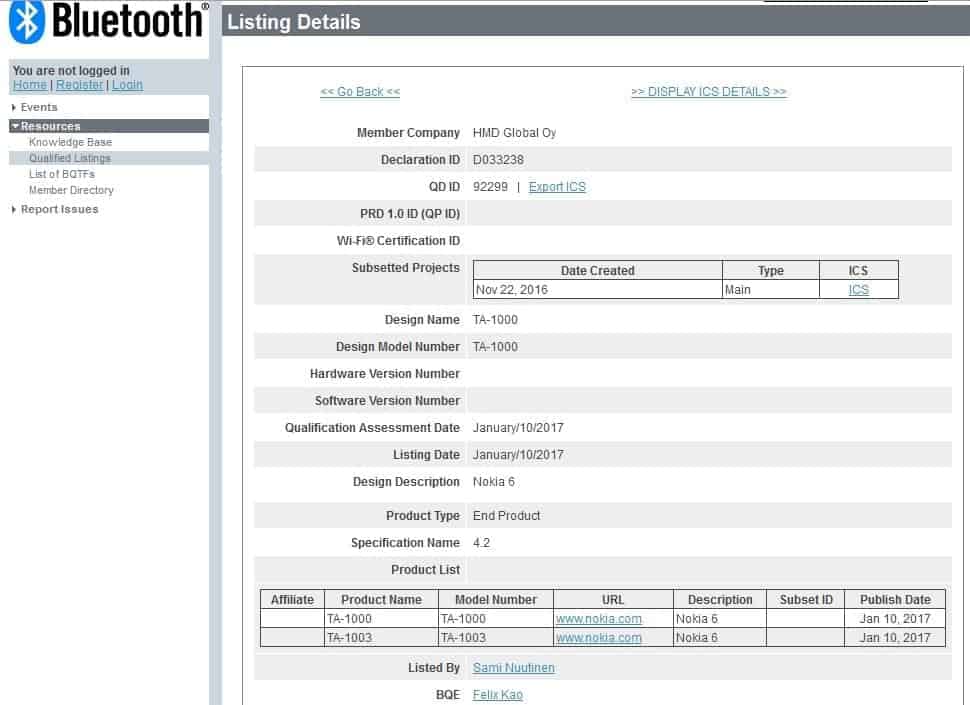