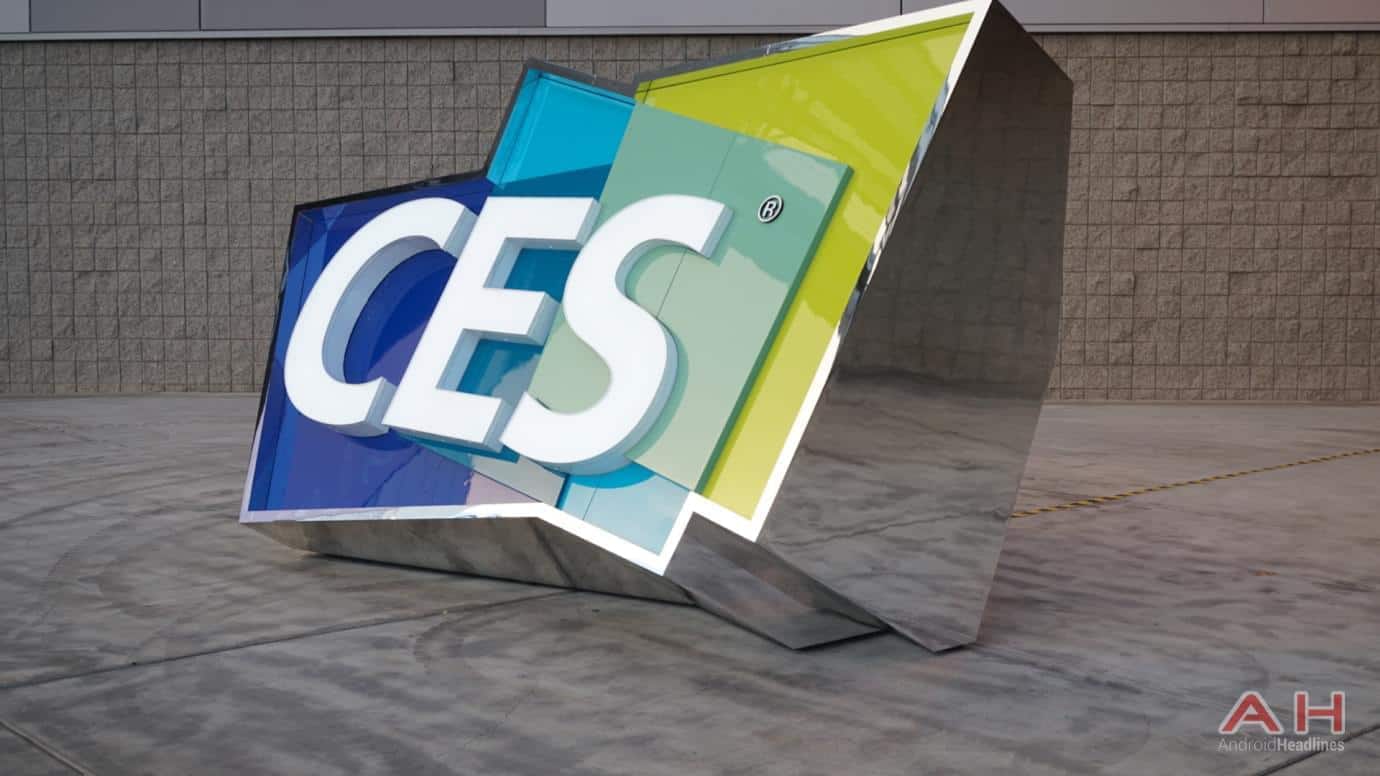 CES has finally kicked off, and as expected, there's a broad range of fun, wacky, weird, and outright bizarre products on display in Las Vegas. Picking the single strangest invention showcased at CES is an outright impossible task, so here are 20 of the weirdest products that we've seen during the trade show so far, listed in alphabetical order.

The 42tea is a smart cube which helps you brew a perfect cup of tea. Just let it know what kind of tea you're using and how many people you're making the tea for, then pop it in the water and check your smartphone to see exactly when you're supposed to turn the heat down. This connected brewing accessory will be available for purchase later in the year, but there's still no word on how much it'll cost. 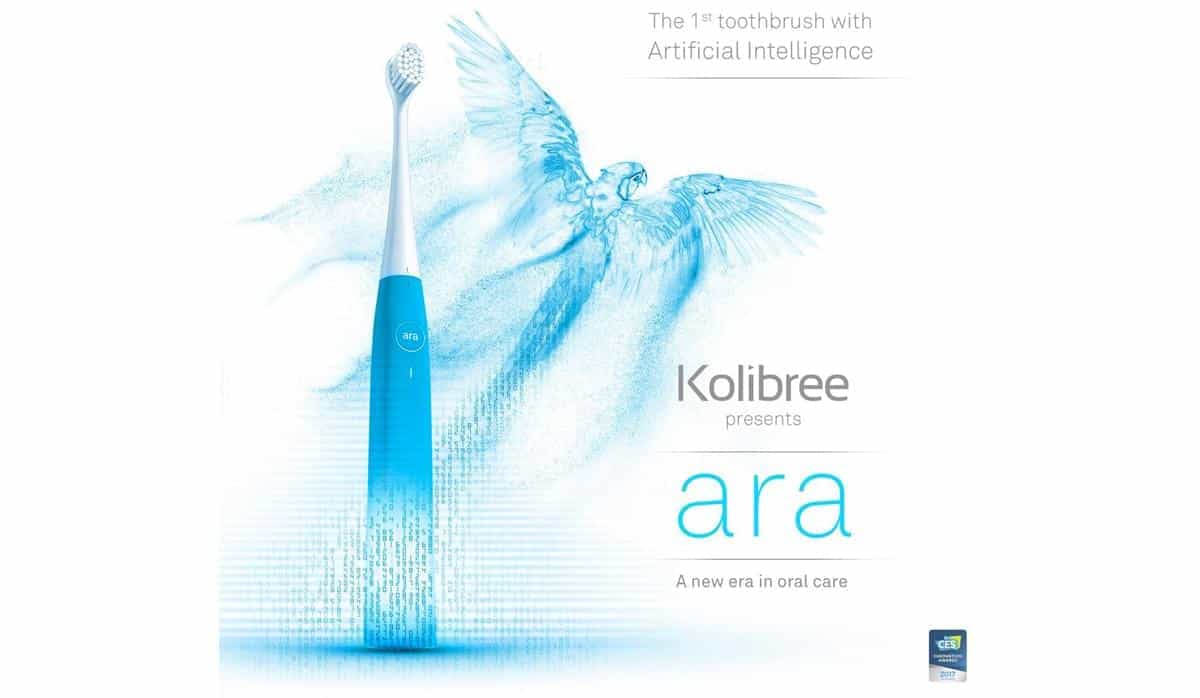 Kolibree's smart toothbrush Ara is hailed as the first AI toothbrush ever created. This invention will not only learn your brushing habits but also teach you how to brush your teeth most efficiently. As such, the Ara is suitable for people of all ages. The device should be hitting the market shortly, but its pricing details are still an unknown at this point. 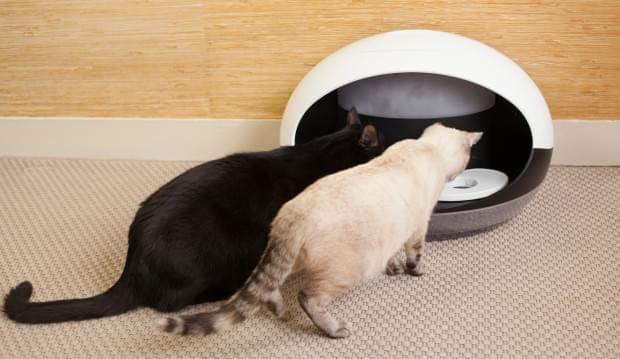 Pet food dispenser are not a novelty, but the Catspad improves on their concept by being able to differentiate between your pets by scanning their microchips and making sure it provides equal rations to all felines. In addition to that, this food dispenser has a rather large capacity and can provide cat food and filtered water for up to a month without any intervention on your part. The Catspad will launch at some point this year, but its price has yet to be revealed. 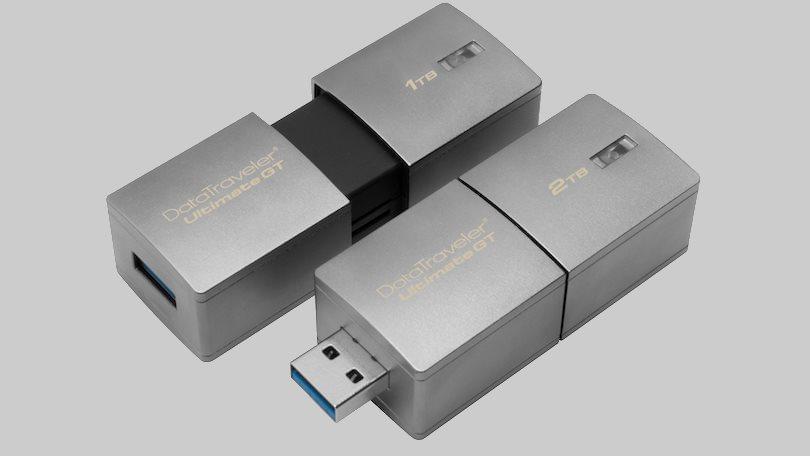 The only thing more useful than a thumb drive is a massive thumb drive. Kingston is aware of that fact, which is why the company introduced the DataTraveler Ultimate GT, the largest USB flash drive ever created boasting up to 2TB of storage space. There's still no word on its price tag, but more information should follow soon as this accessory is scheduled for a release in February. Although it's worth noting that it likely won't be cheap, as their older 1TB flash drives were quite costly. 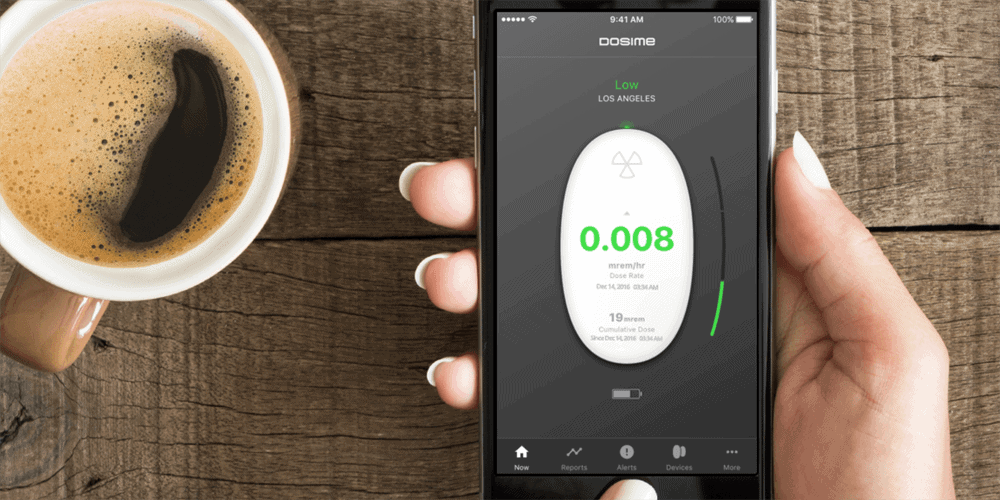 If you ever wanted to own a Bluetooth radiation detector, Mirion Technologies has got you covered. The company just introduced the Dosime, a smart portable radiation detector designed to help people identify and report radiation exposure, the latter of which is done within a dedicated Android app. Dosime is priced at $249.99 and will be hitting the market in the following weeks. 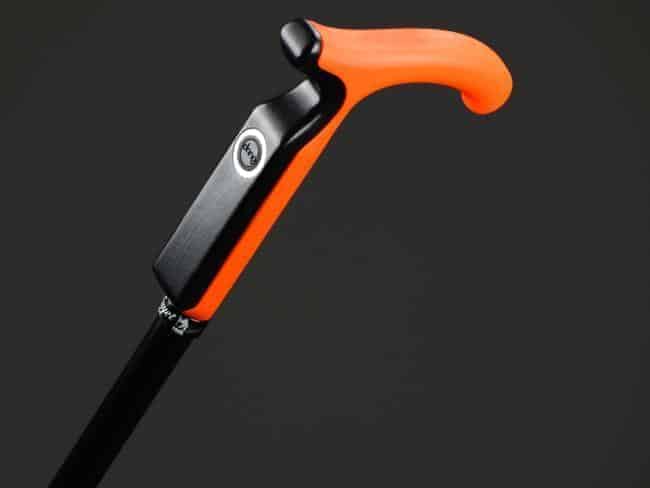 A French startup Dring arrived at CES with a prototype of its first smart cane. The device is equipped with a variety of sensors that detect any potentially hazardous situations and notify users' caretakers or family members about things like suspiciously low activity levels and falls. As this is just a prototype, it's unlikely Dring's latest invention will be released anytime soon. 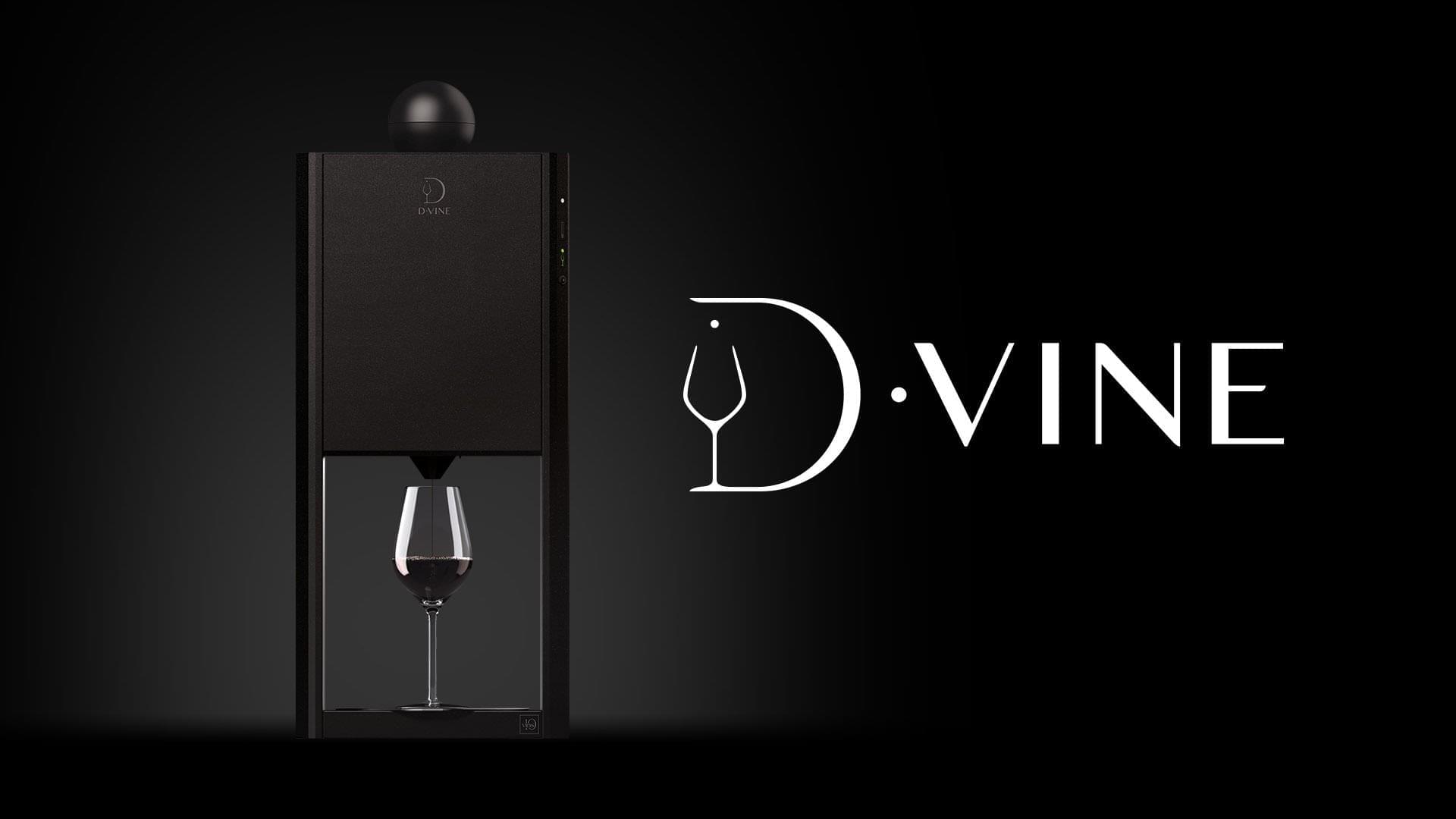 Wine aficionados know how important serving temperatures are, and keeping track of them should be easier with the D-vine smart wine dispenser which 10-vins introduced at this year's CES. Apart from measuring wine temperatures, this container is also capable of cooling them and notifying you about its endeavors. It can be yours for $999.99. 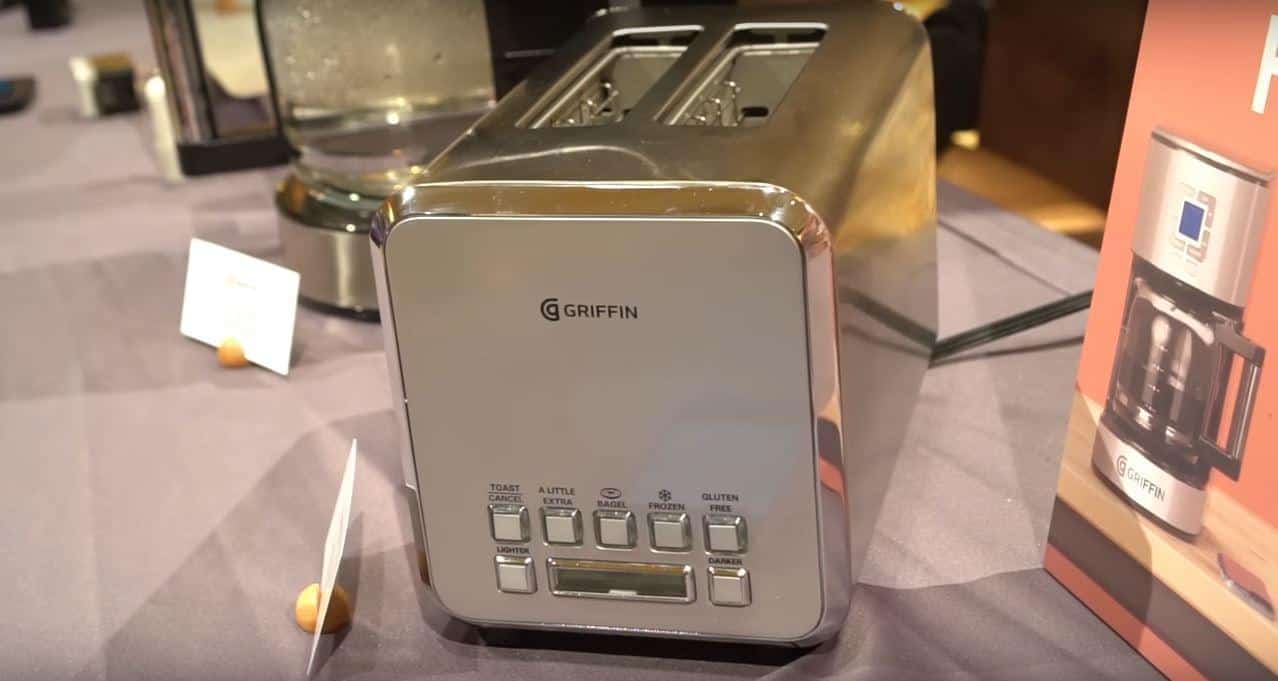 How does one improve on a timeless invention like the toaster? By adding Bluetooth connectivity to it, of course. Griffin did just that, which is why you can control the company's latest product with a smartphone app. If you think toasting bread via a Bluetooth connection sounds like a good idea, you'll be able to purchase the Connected Toaster for $99.99 in mid-2017. 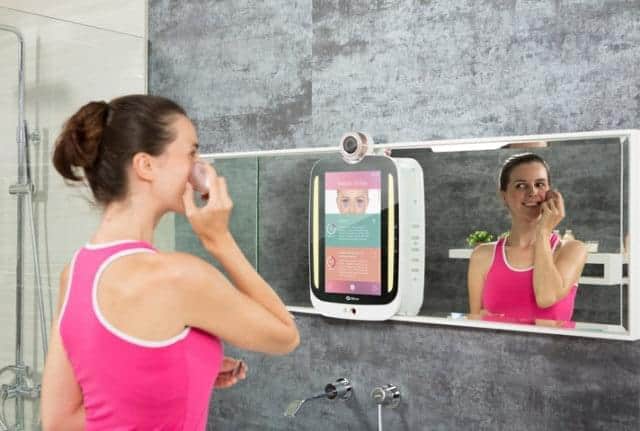 Smart mirrors are one of the most exciting emerging technologies out there, and the HiMirror Plus shows a glimpse of what we can expect from them in the future. In addition to whispering soft words of encouragement, this invention will also be able to simulate your face in a wide variety of different environments so that you can see how your look will hold up in different conditions. There's still no word on when the HiMirror Plus will be hitting the market or how much it'll cost. 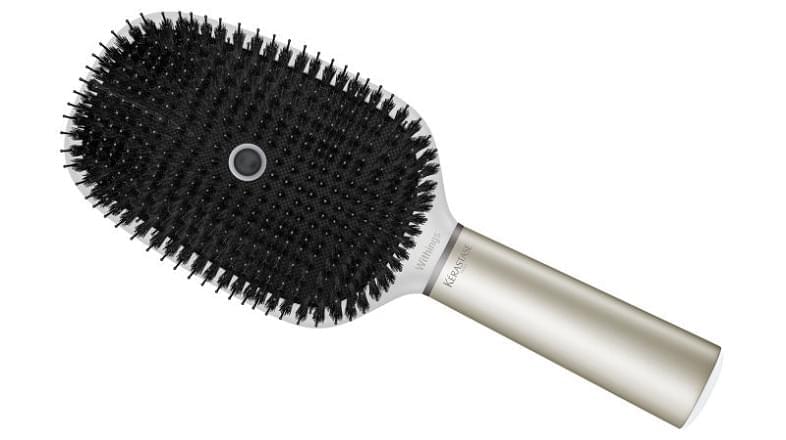 The Kerastase Hair Coach is a hair brush equipped with a microphone which allows it to analyze your hair by listening to the sounds you produce while brushing it. Once it identifies problematic areas, it will offer useful tips and advice via a dedicated Android app that connects to the brush over Bluetooth or Wi-Fi. The device will be available for purchase for $199.99 and is expected to be released in the coming months. 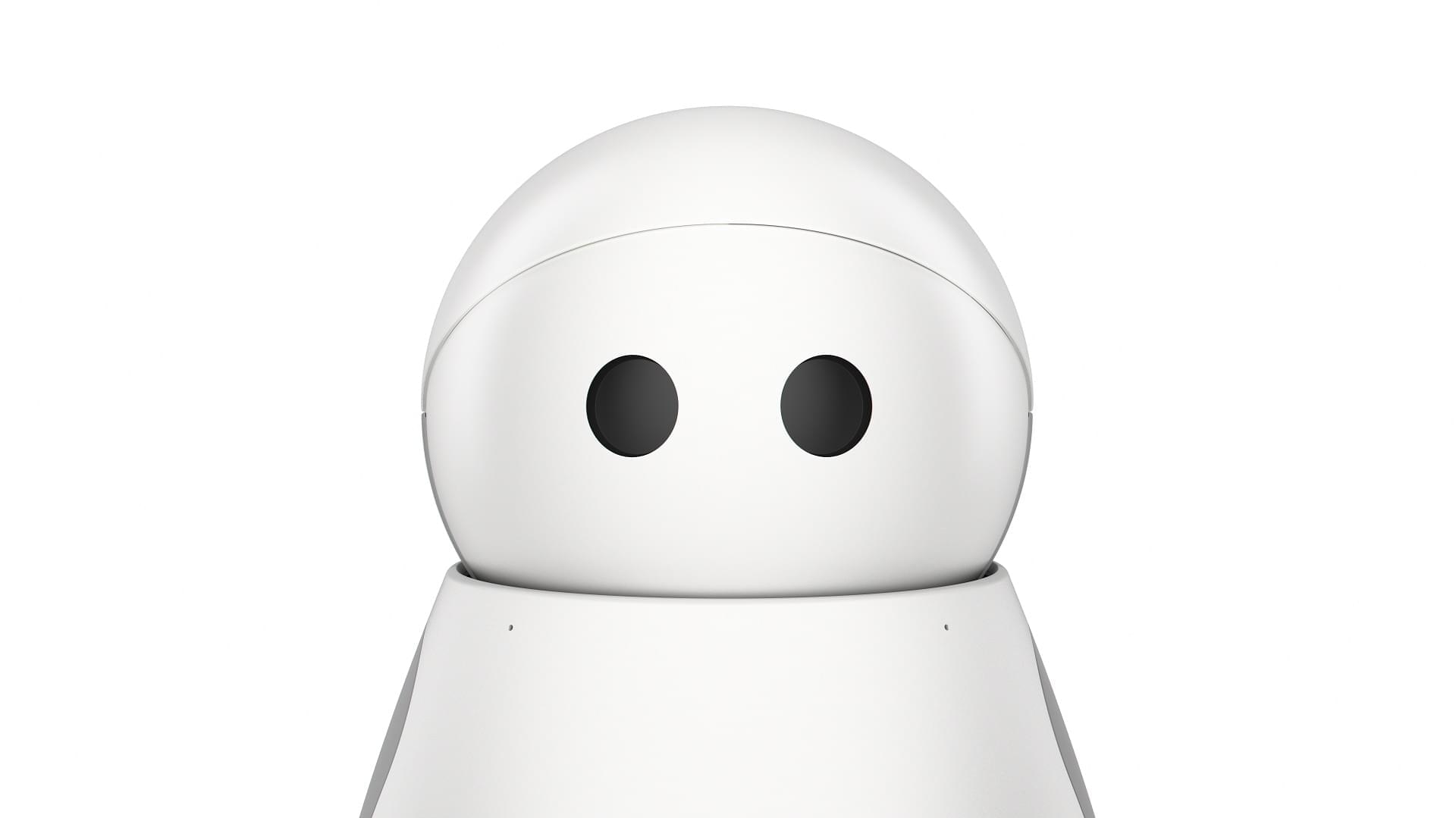 Mayfield Robotics' first home robot is basically a mobile version of the Amazon Echo. In addition to automating your home with some help from Alexa, it can also differentiate between people and organize a home surveillance system. Kuri is priced at $699.99 and will start shipping in late 2017. 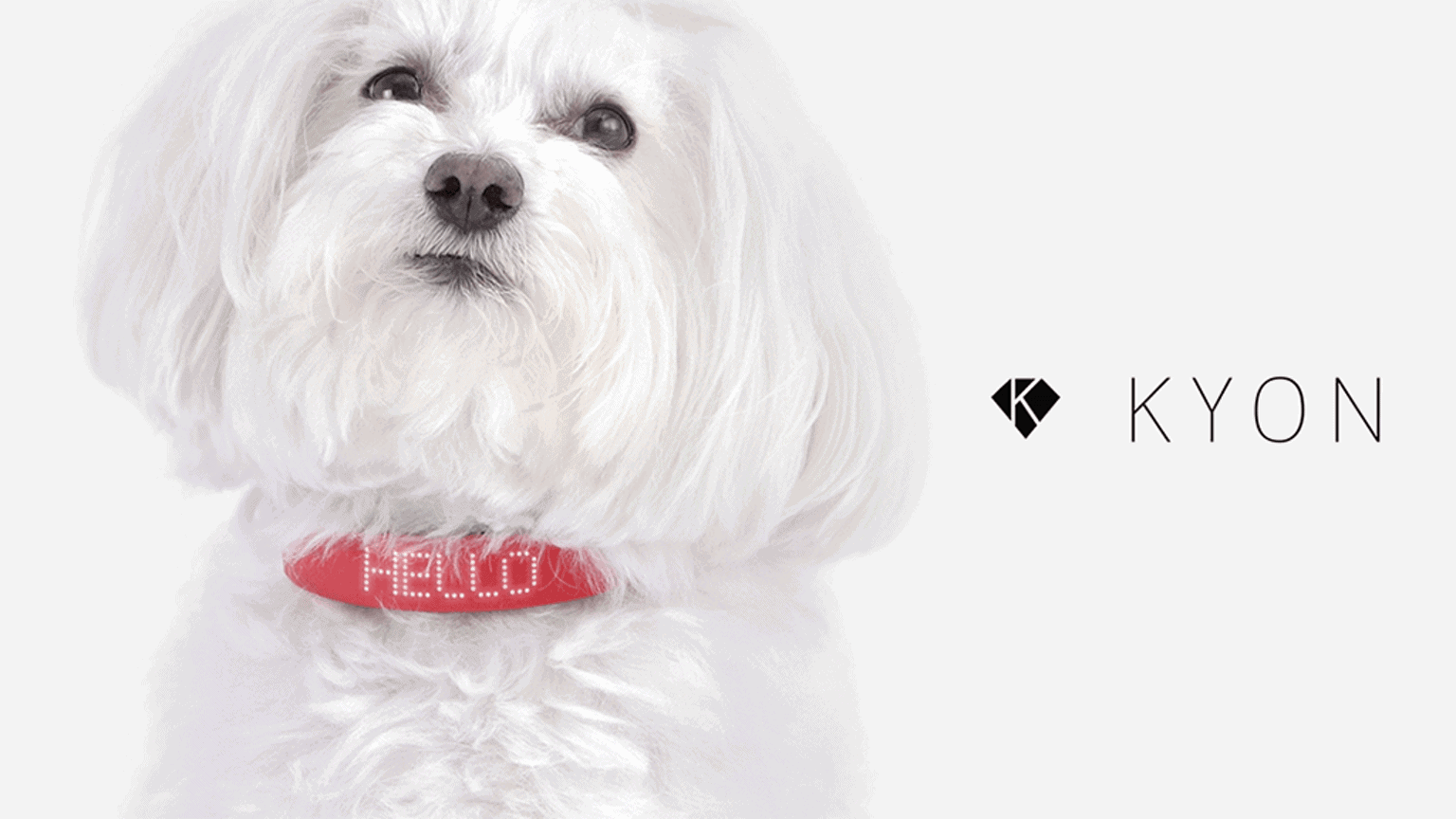 Kyon is a smart dog collar equipped with a broad range of sensors which allow you to track your dog, its habits, and emotions. If that's not enough, the collar also boasts an ultrasound module that can pacify your dog in stressful situations. Kyon will launch later this month, sporting a $249.99 price tag. 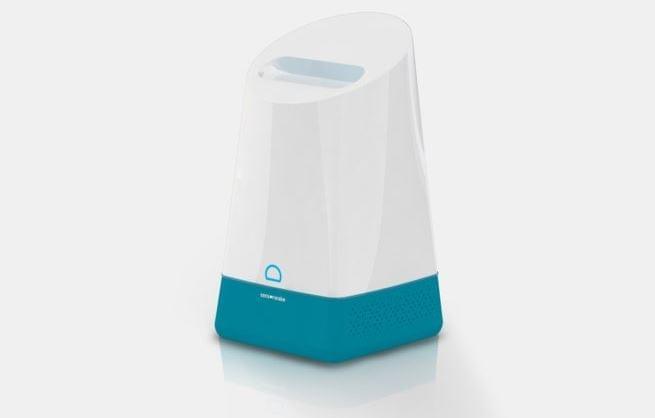 If you're having trouble sleeping, you may be interested in Oria, a sleeping assistant that dispenses various aromas to get you to fall asleep quicker and sleep longer. Oria will be priced at $149.99 once it hits the market in summer. 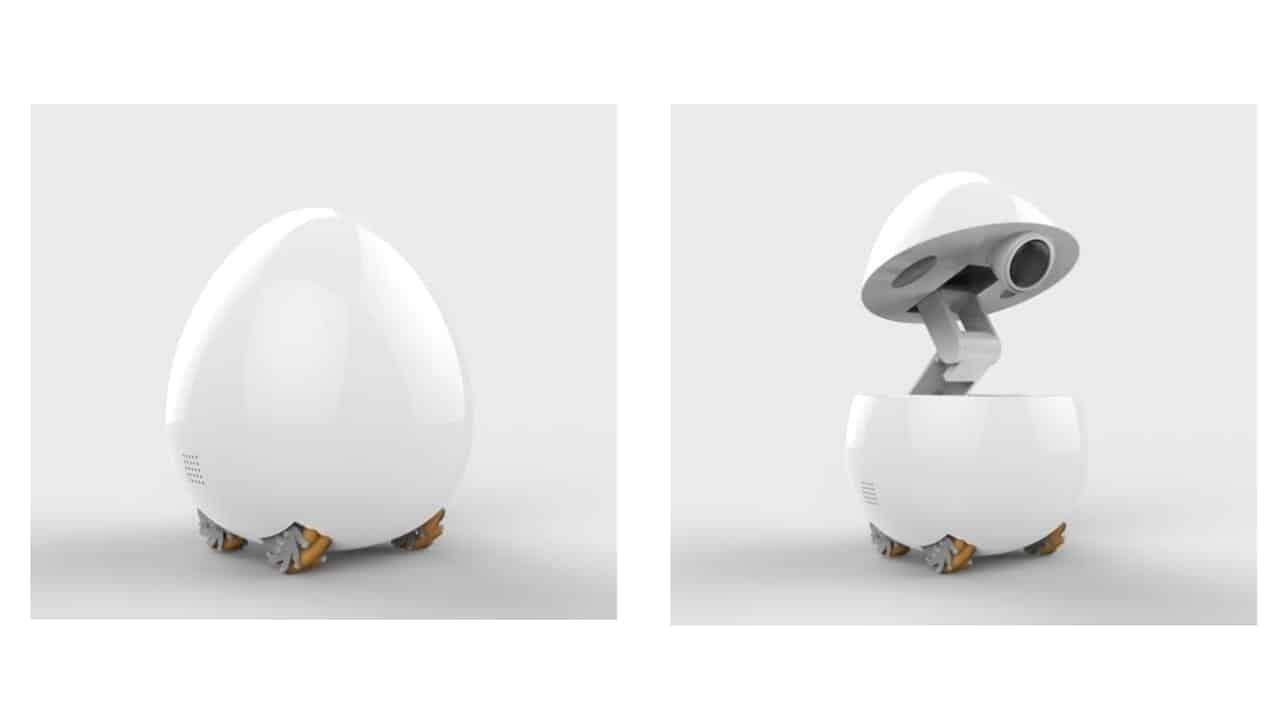 Panasonic's robot egg showcased at CES was just a prototype, but one that implies the company is looking into creating its very own desktop assistants. This robot is capable of holding a conversation and expressing itself using simple gestures like nodding. Panasonic didn't reveal what kind of technology is powering it, but it's possible that the company would be interested in developing its own AI assistant if it ever gets serious about producing robot companions. 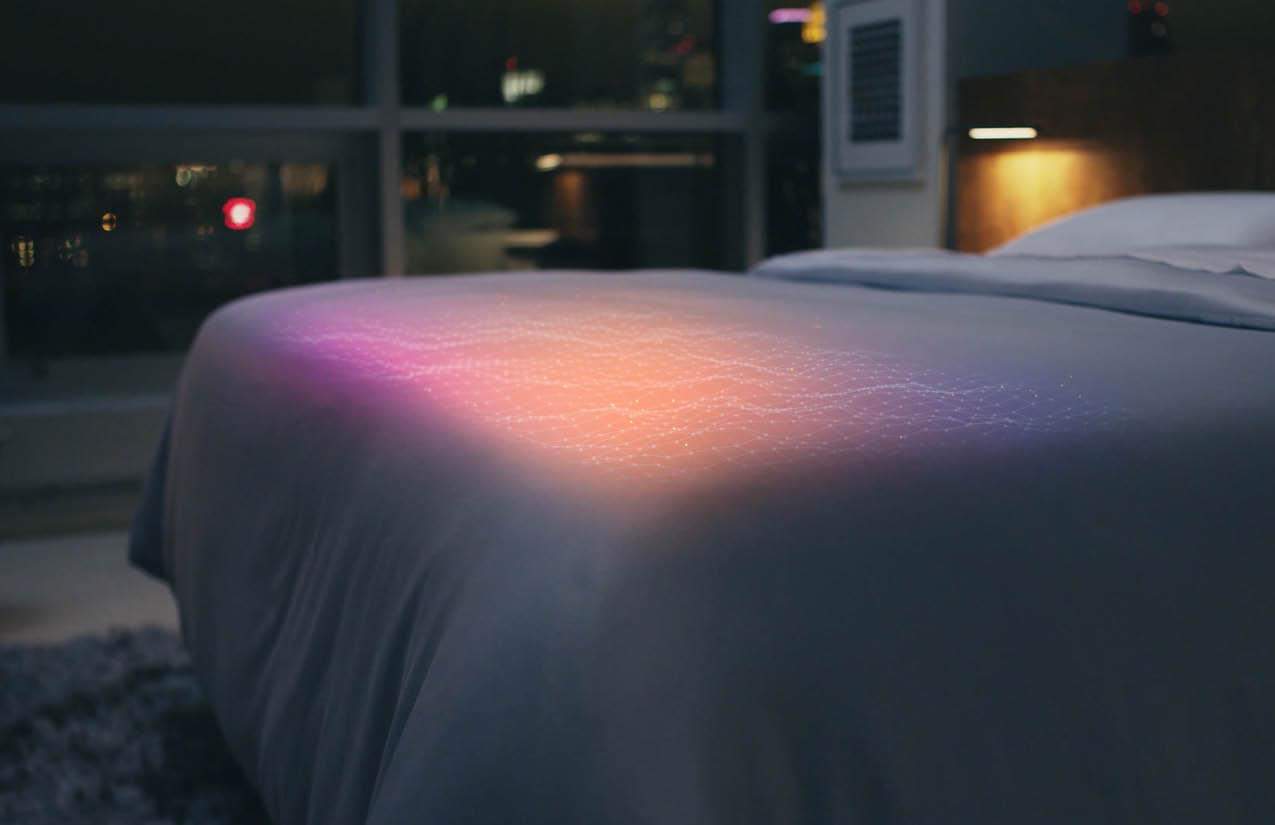 Smart beds may not be the first thing you think about when it comes to connected home products that are based on the Internet of Things, but Sleep Number's new 360 Smart Bed is just that sort of connected home product that is perhaps a just weird enough to seem normal, and it might only seem weird at first because there's really nothing else like it on the market right now. Aside from being capable of warming your feet, but it can automatically adjust the firmness level of the mattress based on your movements at night as you sleep. 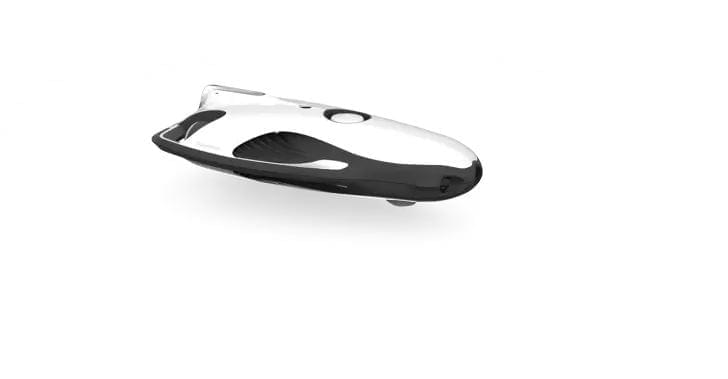 Drones have evolved since last year and are now even capable of operating underwater. Well, the PowerRay is, at least. This pilotless vehicle can dive up to 30 meters (98 feet) underwater and provide its operator with 4K footage and location information via a dedicated Android app. There's still no word on when the PowerRay will hit the market, but it's reasonable to presume this invention won't be cheap by any standard. 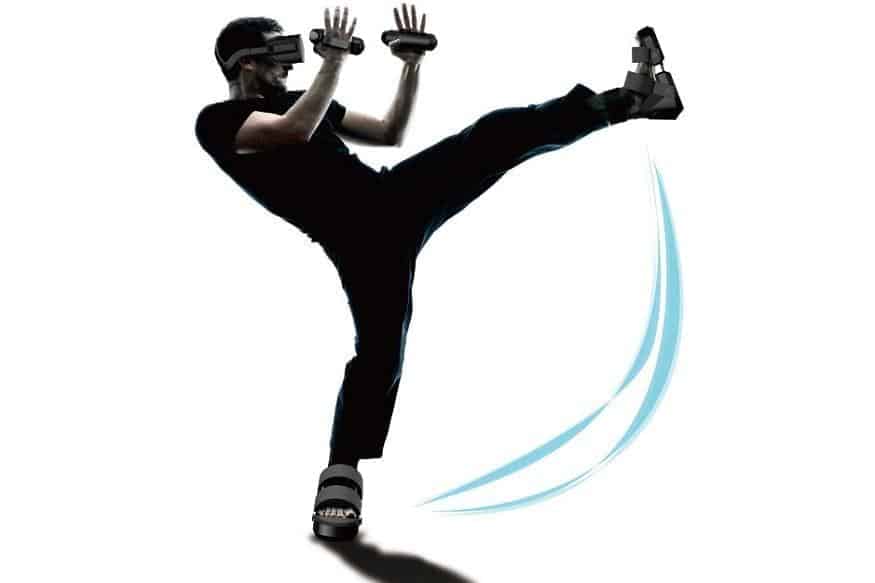 The VR industry is still in its infancy, which is why companies continue to experiment with various controllers and accessories designed to ennoble people's virtual experiences. Taclim is one such solution that includes a pair of connected shoes and gloves used for controlling virtual avatars. The product will support both PC and phone VR headsets and is expected to launch in the second half of the year, priced at $999.99. 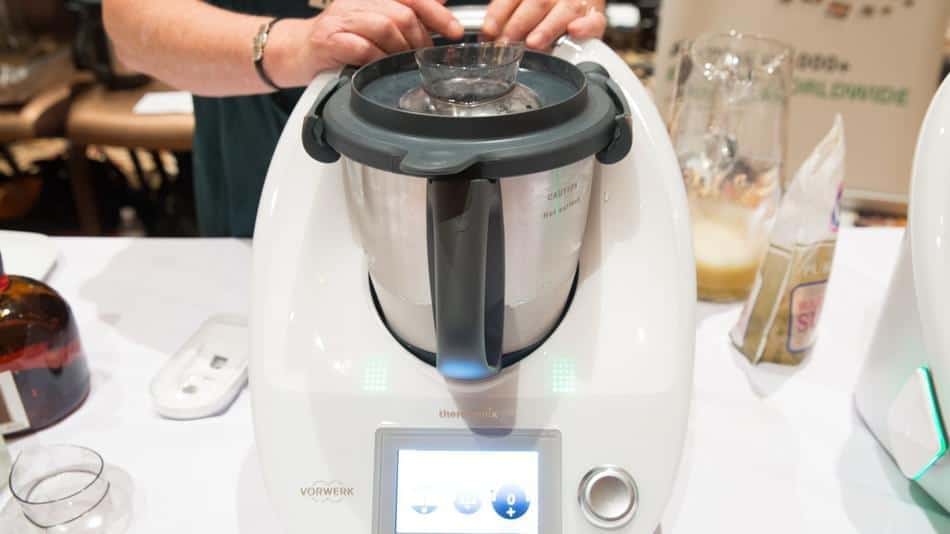 The Thermomix TM5 can allegedly eliminate people's fear of cooking by basically cooking for them. The only thing this Internet-enabled appliance needs is enough ingredients and a power source, after which it will handle any recipe you throw at it. The Thermomix TM5 supports over 20,000 recipes and is expected to be released in the coming months, sporting a $1299.99 price tag. 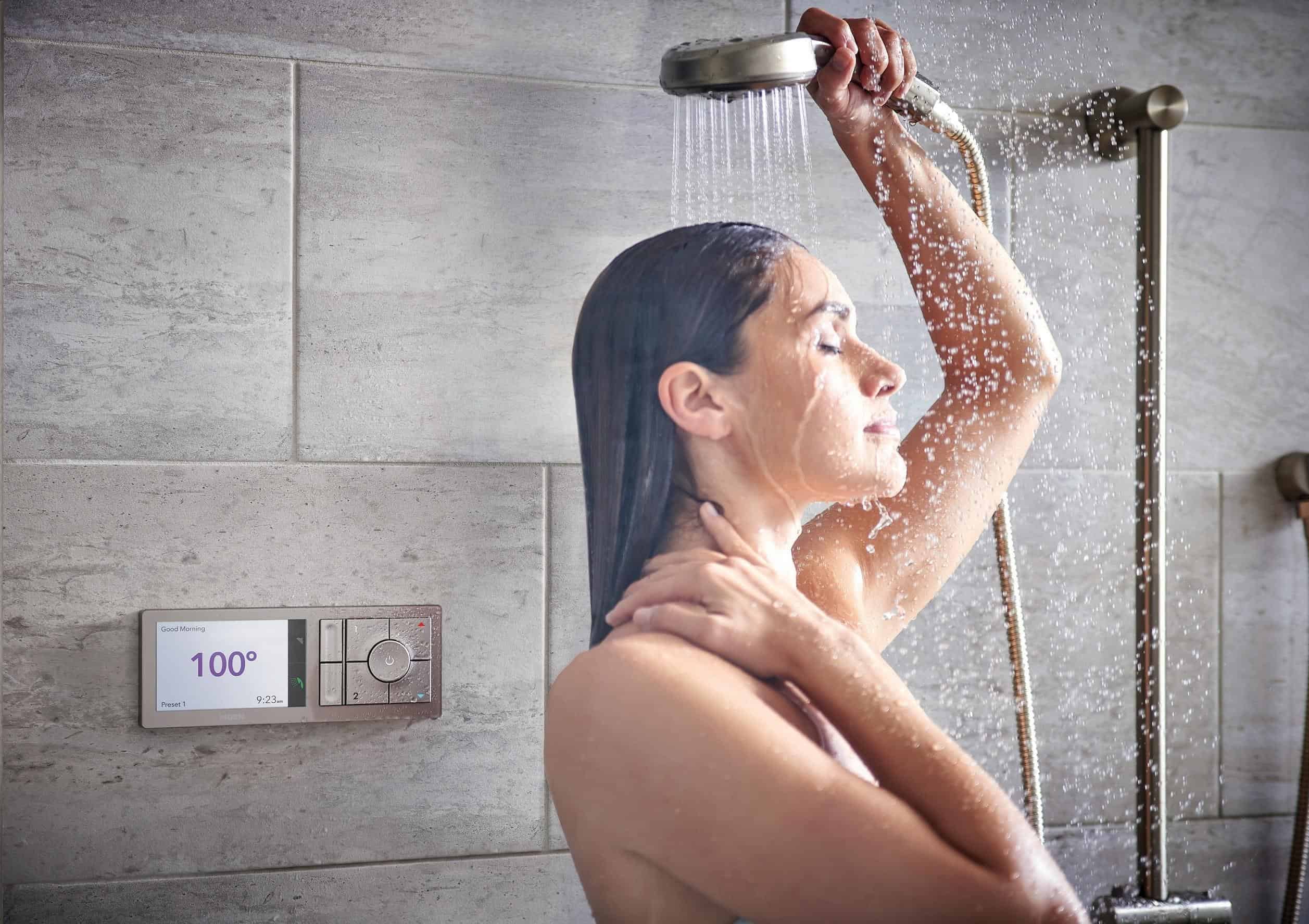 The U is a connected shower head that you can control with an Android app or a dedicated wall-mounted controller. It supports numerous presets which you can use to program water temperature and shower duration and accomplish things like getting your shower to start running just as you're getting out of bed. Moen, the company behind this interesting invention, still isn't sure when the U will launch or how much it'll cost. 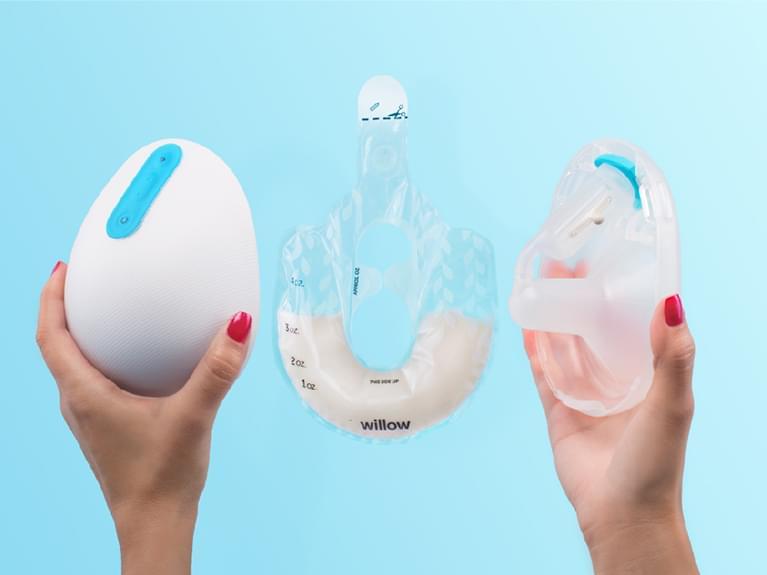 Unlike other automatic breast pumps on the market, the device showcased at CES by Willow is designed to fit into a nursing bra and provide moms with information on how much milk it managed to extract via a companion app. This level of convenience comes at a cost, though, as a pair of Willow's smart breast pumps will set you back $429.99 once it hits the market later this year.