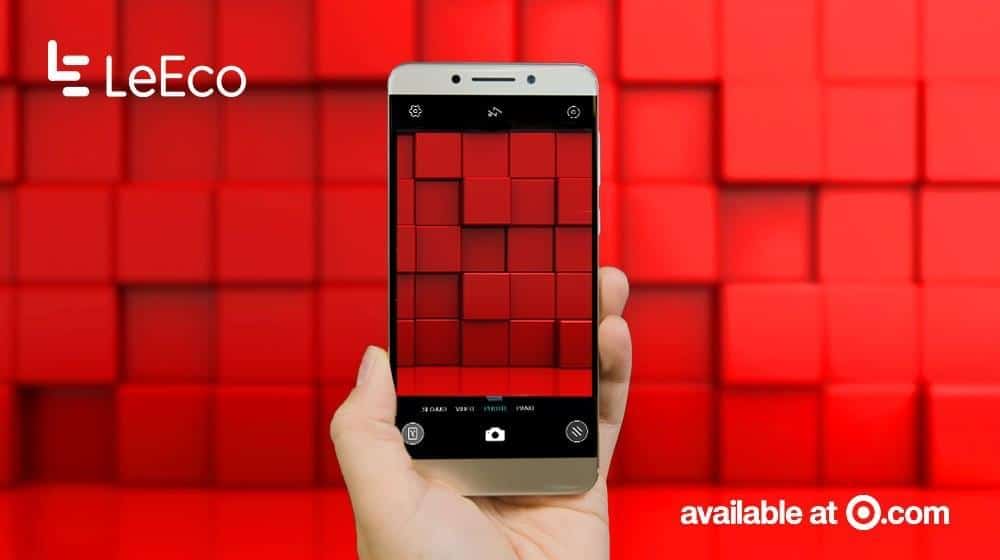 Target is now selling LeEco's Le S3 & Le Pro3 devices through its online US website, making it simpler for any consumers in the US to get their hands on one of these smartphones, after having begun its entry into the US market as of last Fall. Two of LeEco's latest handsets, the LeEco Le Pro3, and the LeEco Le S3 were introduced to the US market, and were soon available for purchase via flash sales from the company's online store, LeMall.com. While the company did make some sales of the two phones from their Flash Sale approach, it proved to be less successful than the company was likely hoping for. This led LeEco to announce that its two smartphones would be available for purchase at multiple online retailers, which included Target as well as Best Buy and Amazon.

While Best Buy and Amazon have been selling the devices since December, Target's online store has just begun selling the two said devices as of today as LeEco announced the availability through a tweet on their own Twitter profile. This means consumers will be able to purchase the device from Target.com, but not from Target's physical stores as they don't currently offer any of their smartphones through retail storefronts. On the Target online store, the Le Pro3 will cost consumers $399.99 and is available in Gold. The Le S3 on the other hand, is available for $249.99, and is sold in Gold and Gray. There is no mention of whether or not either device will be purchasable in other colors at this time.

Both devices are quite similar in terms of design, though the Le Pro3 is slightly larger and packs better specs. Both handsets also sport a 5.5-inch fullHD display, a 16-megapixel rear-facing camera and an 8-megapixel front-facing camera. Software wise, both devices ship with Android 6.0 Marshmallow out of the box. The Le Pro3 is fueled by the Snapdragon 821 64-bit quad-core processor, and it packs 4GB of RAM coupled with 64GB of internal storage. Moving on to the Le S3, this device comes with a Snapdragon 652 64-bit octa-core processor, 3GB of RAM and 32GB of internal storage.

Advertisement
Buy The LeEco Le S3 & Le Pro3 - Target
Advertisement
Trusted By Millions
Independent, Expert Android News You Can Trust, Since 2010
Publishing More Android Than Anyone Else
37
Today
91
This Week
92
This Month
4857
This Year
106334
All Time
Advertisement