American users are extremely reliant on smartphones according to a recent survey conducted by ReportLinker. Nearly half of all Americans check their phones even before they get out of bed, mostly to use email and social media apps. The survey suggests that 37 percent of all U.S. citizens own an iPhone, while a third of consumers in the country is using a Samsung-made Android device, meaning Apple and Samsung are by far the two most popular phone brands in the United States.

While almost half of all interviewees told ReportLinker they check their phones as soon as they wake up, that share gets significantly larger when it comes to millennials. The data from the survey shows that the percentage of millennials who check their phone upon waking up and before doing anything else is at 66%. The survey also found that approximately 10 percent of all Americans wake up in the middle of the night just to check their phones. Over half of all interviewed users said that they primarily use phones to connect with others, whether by calling or messaging them. While many users are extremely reliant on smartphones, over half of them admitted to consciously limiting personal phone use while working, though not everyone manages to fully resist the need to check their social media and private messages while they’re at the office. ReportLinker speculates that as millennials are gradually entering the workforce and replacing older generations, the percentage of people who use phones for personal reasons while working is bound to increase proportionally.

Only a quarter of all interviewed phone users said they switch off their devices on a daily basis, usually at night. On the other hand, more than half of respondents admitted that using a phone is the last thing they do before falling asleep. ReportLinker’s survey also found that more than half of all consumers who are aware of digital assistants like Google Assistant and Siri existing on their phones are also using them, mostly for searching the Internet and texting. Specific findings from the study are available in the gallery below. While ReportLinker used a sample of interviewees representative of the U.S. population, the accuracy of its results may still deviate from reality as the sample only included 536 people. 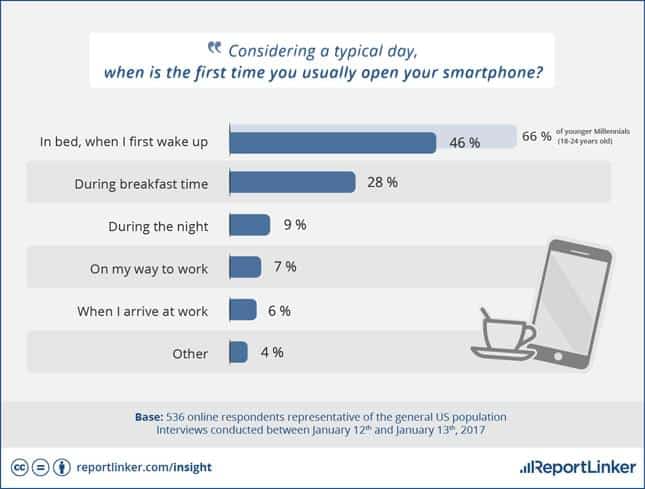 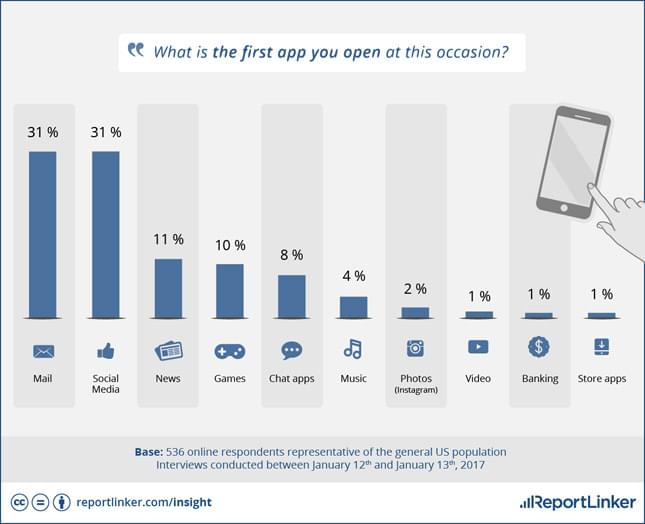 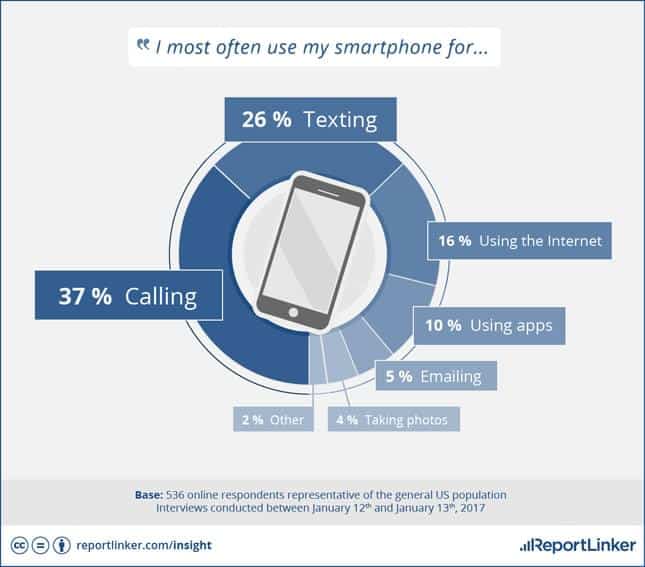 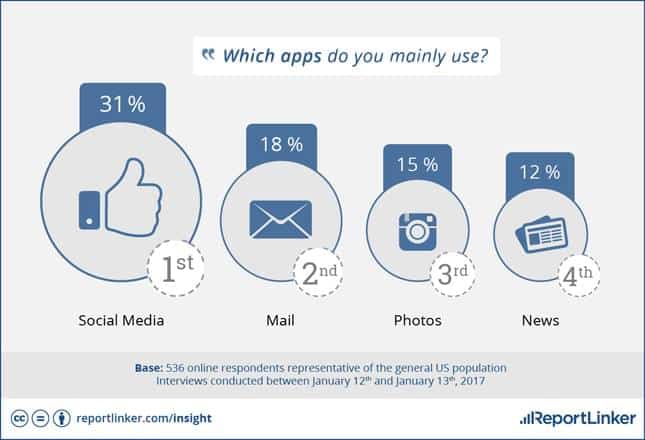 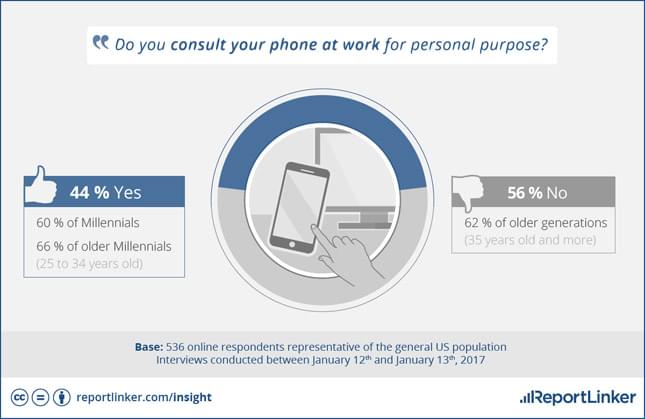 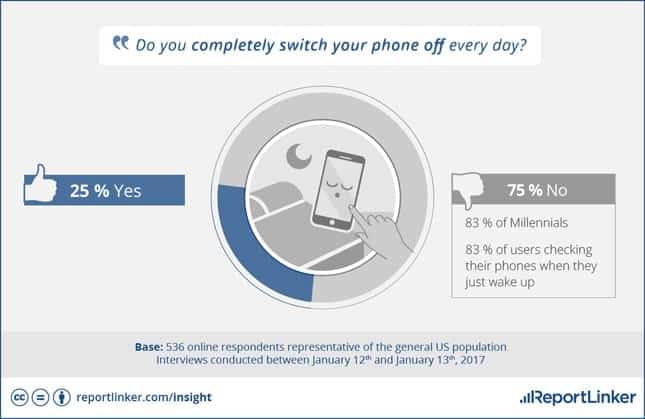 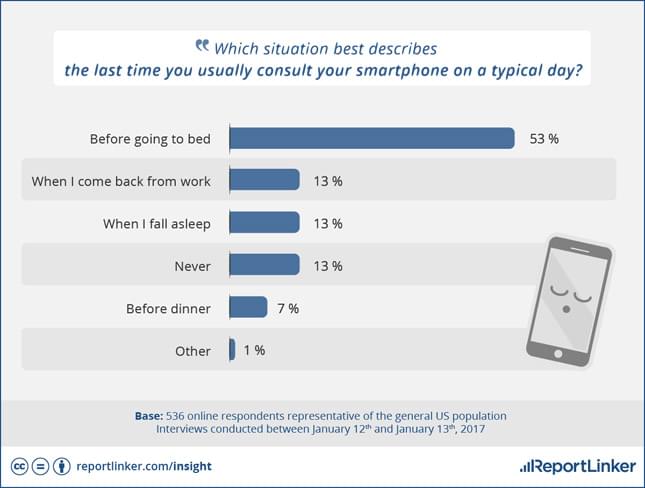 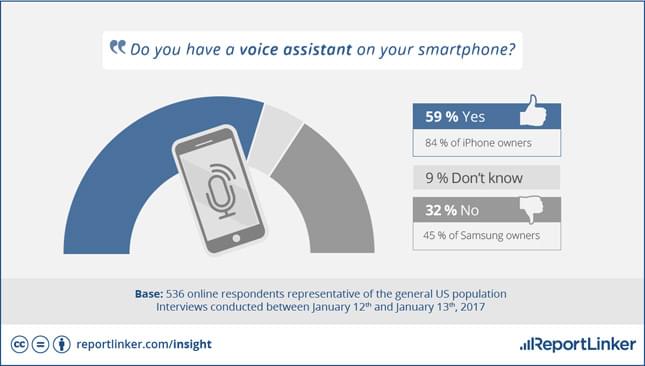 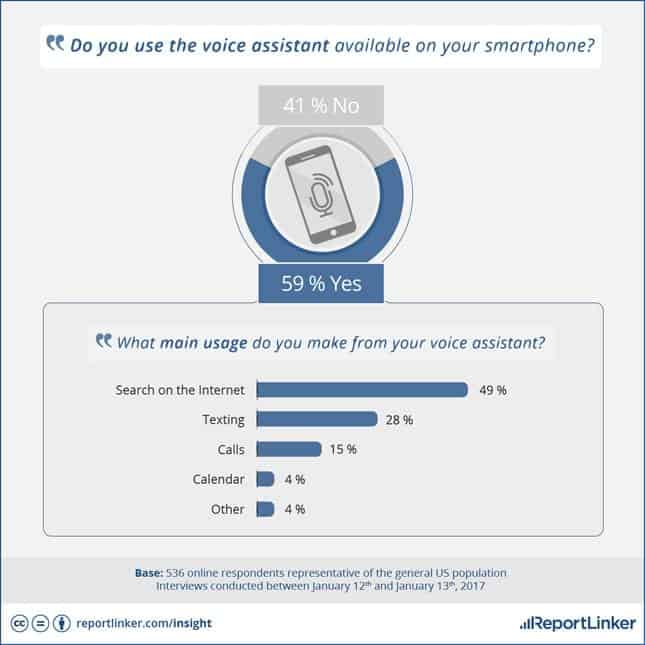 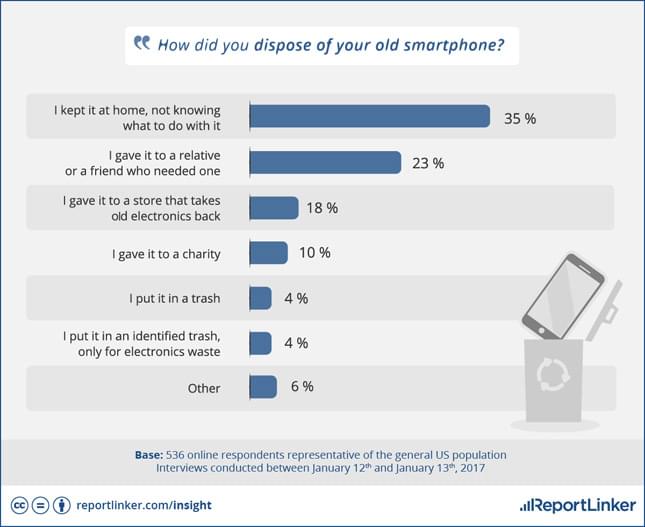