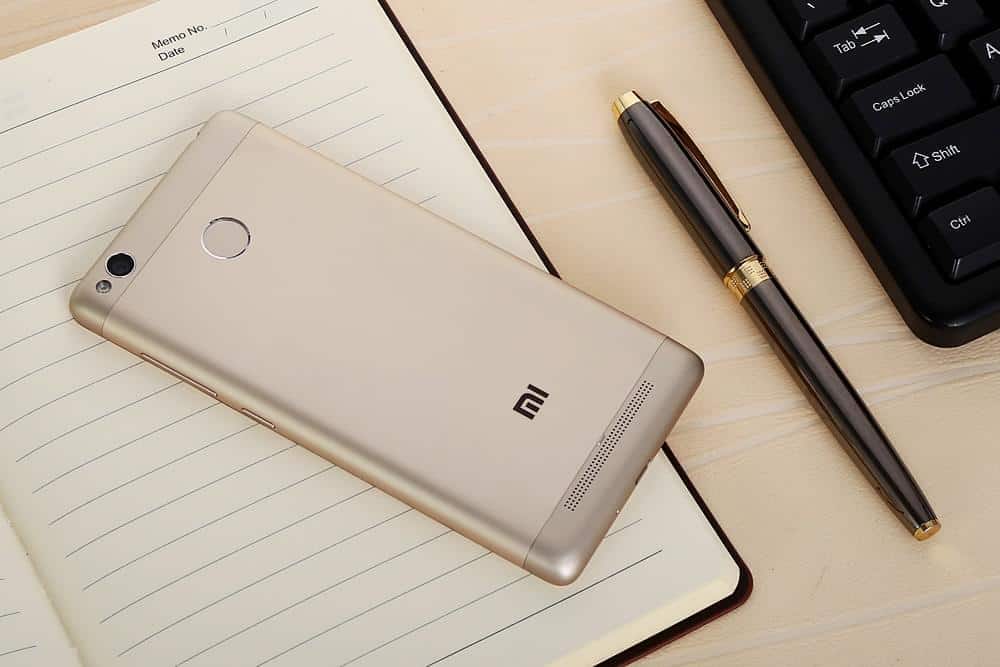 If you happen to be in the market for a new smartphone and specifically one which is priced competitively, then one option that is currently worth checking out is the Xiaomi Redmi 3S. This is a smartphone that was launched by Xiaomi around the middle of last year and is one of the variants of the popular Xiaomi Redmi 3. One of the big selling points with the Redmi 3S is that this is a smartphone that comes packing some very nice specs within a fairly compact form factor. Making it an ideal option for those looking for a small smartphone with good performance, but at an affordable price.

In terms of the specs, the Xiaomi Redmi 3S comes equipped with a 5-inch display which makes use of a 1280 x 720 resolution. Inside, this is a smartphone that comes packing 3GB RAM and 32GB internal storage. While the processor powering the show is a Qualcomm Snapdragon 430 octa-core processor (clocking at 1.4 GHz). Cameras on offer include a 13-megapixel rear camera which is coupled with a 5-megapixel front-facing camera. In addition, you can expect to find dual-SIM support, a fingerprint sensor and the ability to expand the storage via microSD (up to 128GB). This is a smartphone that comes powered by a 4,100 mAh battery and one which comes running on Android 6.0 (Marshmallow), by way of Xiaomi's MIUI 8. In terms of network compatibility, the Xiaomi Redmi 3S is listed to work on 2G: GSM 900/1800/1900 MHz, 3G: WCDMA 850/900/1900/2100 MHz CDMA2000 BC0 and 4G: FDD-LTE 1800/2100/2600 MHz. 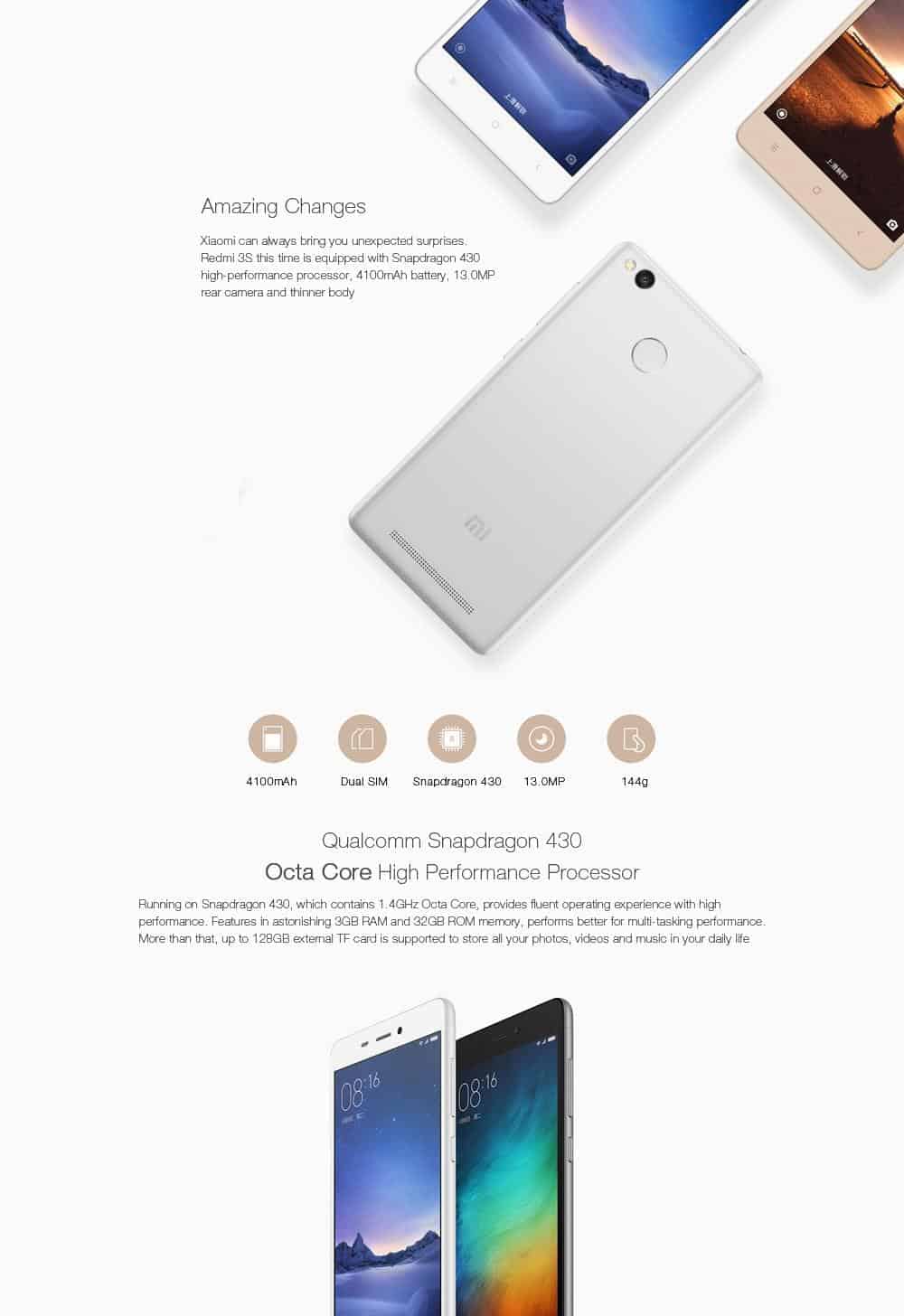 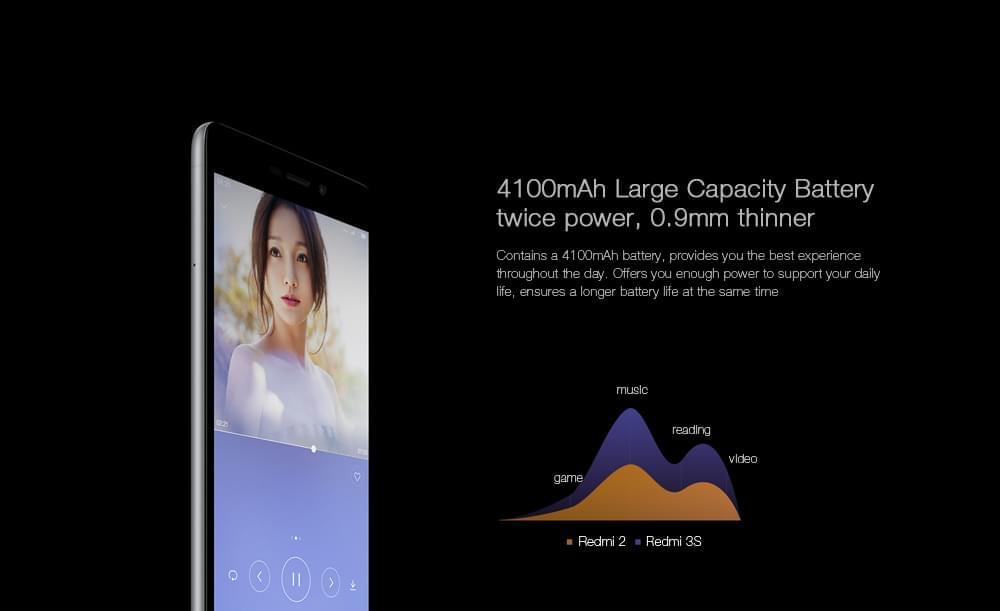 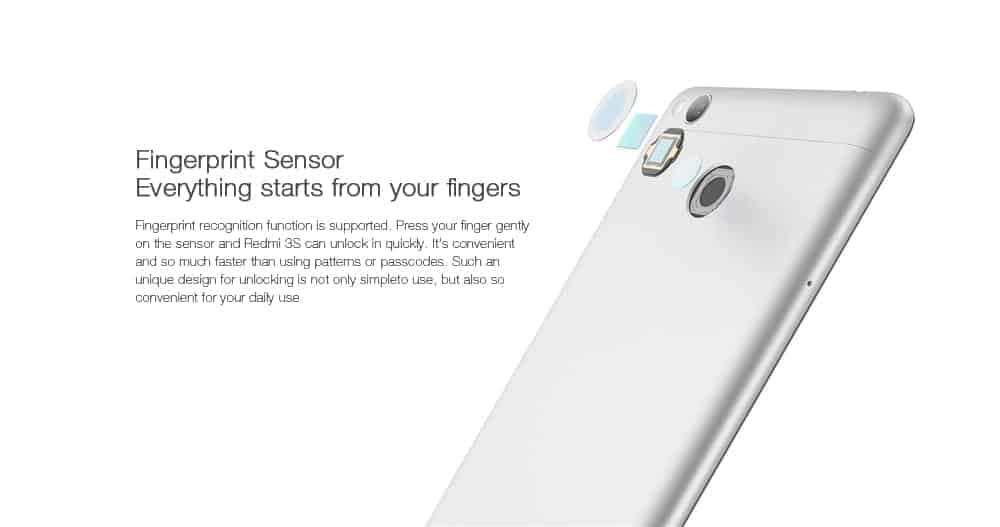 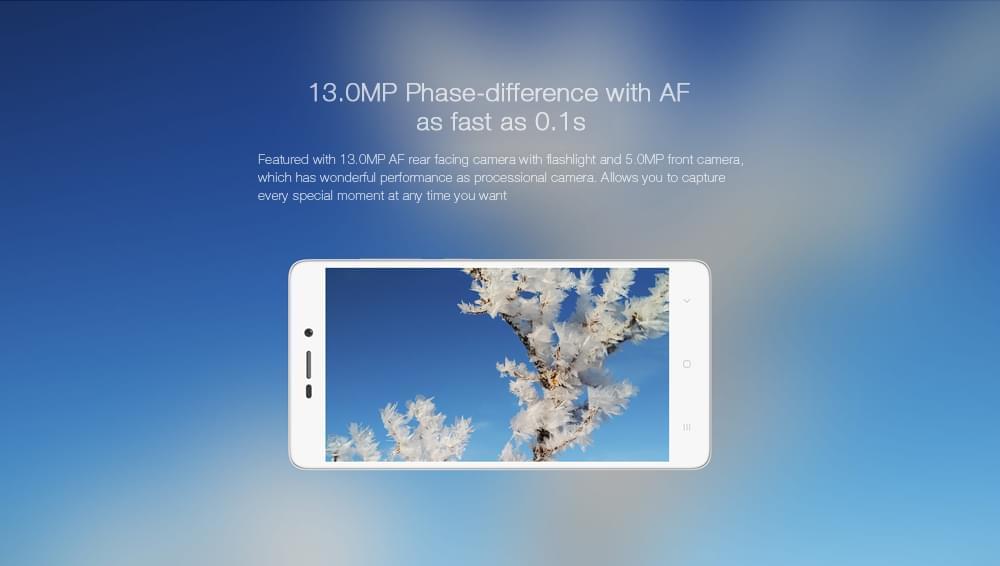 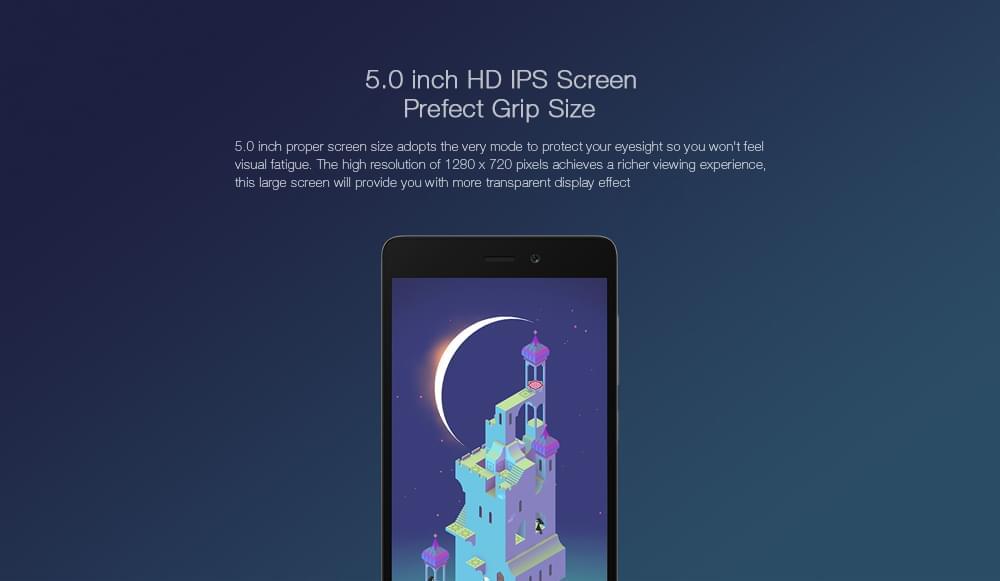 Buy the The Xiaomi Redmi 3S
Advertisement
Trusted By Millions
Independent, Expert Android News You Can Trust, Since 2010
Publishing More Android Than Anyone Else
2
Today
188
This Week
108
This Month
4093
This Year
105570
All Time
Advertisement