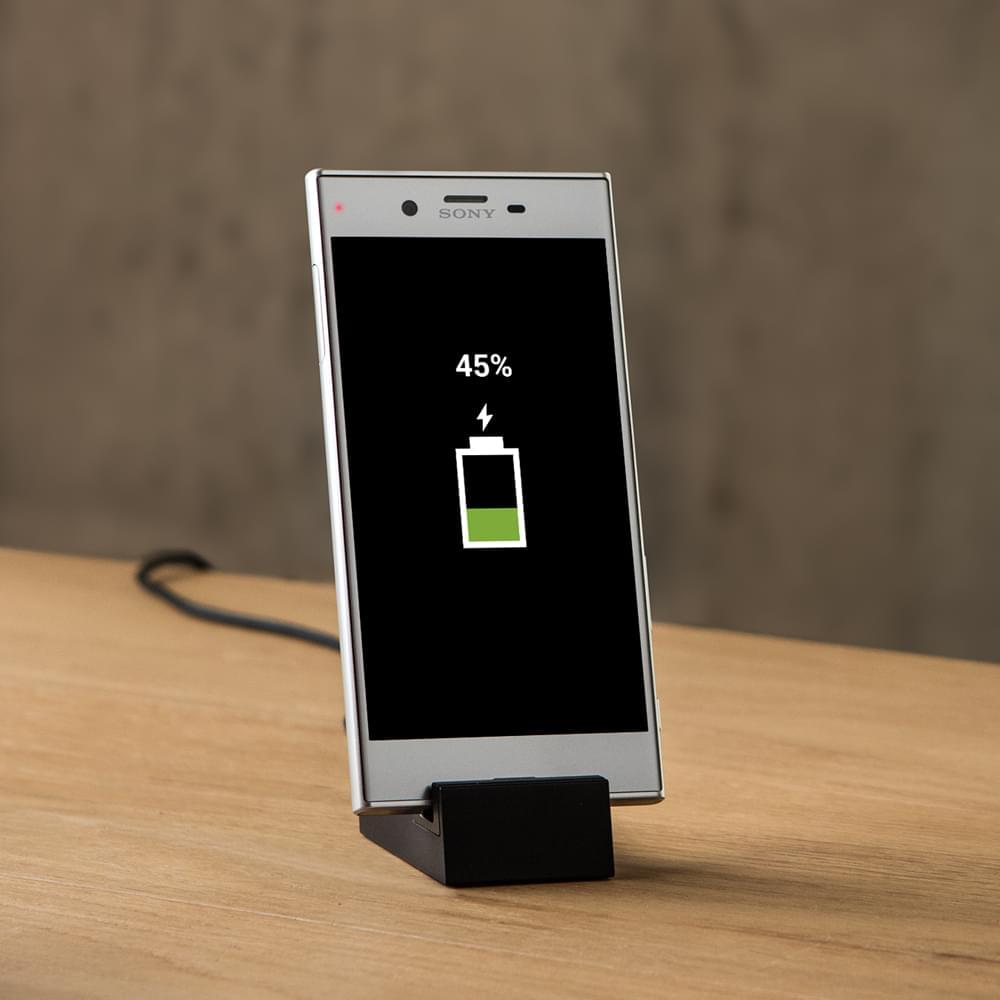 USB Type-C looks set to really take off as a standard in 2017; it's found its way into phones, headphones, laptops, and thanks to Sony, a premium smartphone docking station called the DK60, which will be making its way to the UK through Clove, and likely other retailers, in February. While Sony's devices will keep the 3.5 millimeter headphone jack for now, the transition to USB Type-C is still front and center for newer devices like the Xperia XZ. One of the biggest drawbacks, due to the newness of the standard, is a relative shortage of accessories. With the new DK60 dock, Sony is looking to do their part to remedy that. It's a rather simple dock and tailor-made to fit Sony's devices and comes with a number of adapters in the box.

The dock is a simple, square affair in stately black, weighing in at 27 grams. The whole thing is rather compact, giving enough room to accommodate and counterbalance a phone, and not much else. The dock's sides are slanted and the top bears a Sony logo, evoking a miniature PlayStation 4 in some ways. To put it simply, the design pretty much couldn't get any more typically Sony than this. Contained in that simple design is a lone USB Type-C port, which can take in and dish out between 5 and 12 volts, with a maximum amperage of 3-amps. It can also handle operating temperatures of up to 35 degrees Celsius. Essentially, this can charge just about any phone with a USB Type-C port, and with an adapter, could probably charge some smaller USB Type-C laptops, albeit somewhat slowly.

The DK60 is already available in some territories at varying prices. As for UK customers, the whole deal will cost £39.99 (inclusive of VAT) from Clove when it drops in February, which is pretty consistent with its pricing elsewhere. Of course, it does stand to reason that availability through other retailers will commence around the same time, although nothing has been made official as of yet. In any case, that £39.99 will net you the dock itself, along with a set of 3 attachment adapters, and the user guide.