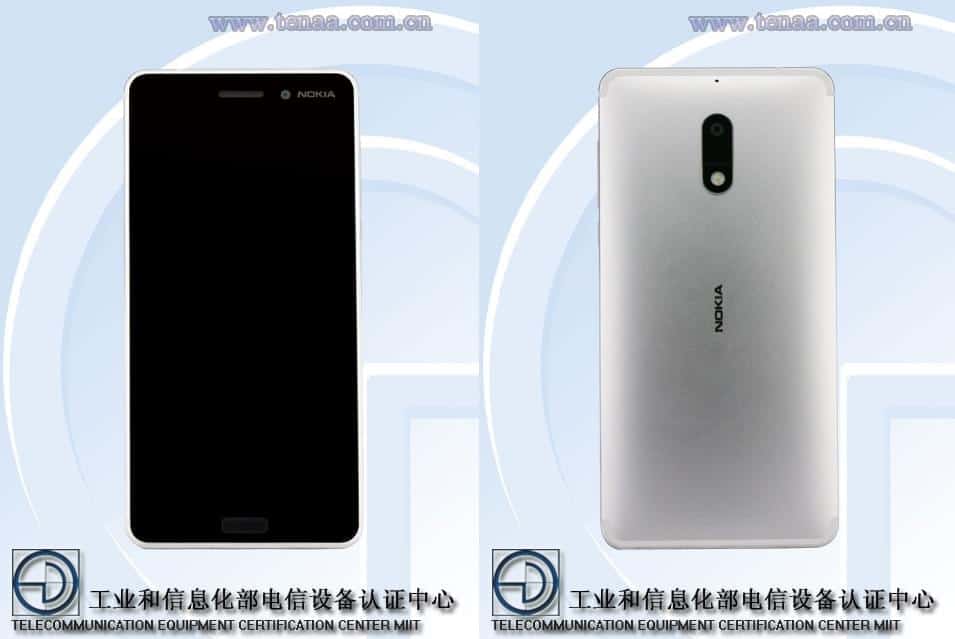 A silver Nokia 6 has appeared on the Chinese regulator’s website, TENAA, a few days after a black model was unveiled and a day after the Bluetooth SIG highlighted there are two Nokia 6 variants coming. There are no additional information released with the image of the silver Nokia 6 handset, which is being marketed and sold by HMD Global, so it is assumed that this is simply a different color device rather than having a different specification. This could mean that the second device as tested by the Bluetooth SIG is built for a different market, which would not be being tested by TENAA. It is expected that the silver version of the Nokia 6 will be based around the same 5.5-inch, 1080p resolution display, which benefits from 2.5D Gorilla Glass and a polarizer layer for improved visibility outside. Under the screen, the Nokia 6 is powered by the Qualcomm Snapdragon 430 chipset, which is ably supported by 4 GB of RAM. There’s 64 GB of internal storage, a 16-megapixel rear camera and an 8-megapixel front-facing camera. Nokia has also included a dual amplifier setup for improved audio quality and volume, which also comes with Dolby Atmos sound engineering technology. As regards the software, the Nokai 6 runs Android 7.0 (Nougat) at launch. To date, while the handset will be released into the Chinese market HMD has yet to confirm what other regions they will be selling the Nokia 6.

The new 2017 Nokia devices have been anticipated since Microsoft acquired Nokia for the Lumia rights and forbid the company from selling smartphones, until now. There has been a number of Nokia smartphones over the last eighteen months and some of these have been running a variant of Android, but all of them were prototype models. These devices were based around a variety of different components, with at least one model using a MediaTek System-on-Chip. There was even a Nokia experiment with a number of Android-powered smartphones before being bought by Microsoft, but these ran a user interface that looked very similar to Windows Phone, only it proved to be not a great experience for customers: the devices were based around low end hardware. For the Nokia 6, the company are offering an intriguing blend of hardware. The Snapdragon 430 is an octa-core design utilizing the ARM Cortex-A53 application core clocked at up to 1.4 GHz, which marks it out to be very much an entry level chipset. However, the device has plenty of RAM and storage space at 4 GB and 64 GB respectively, which we may not expect of a lower tier model, plus on paper the camera setup looks interesting. This chipset supports LTE Category 6 with a maximum download speed of 150 Mbps as well as Quick Charge 3.0. With Android still being designed to run well on relatively slow hardware, but appreciating plenty of RAM, Nokia’s new smartphone may well be a smooth and robust performer.

The rumor is that the silver Nokia 6 will be officially unveiled this week and at the same time, it might become clear if the silver version has a different specification. Although it seems unlikely that there will be any more official details coming through on the other rumored Nokia devices, such as the Nokia E1, for the time being at least.