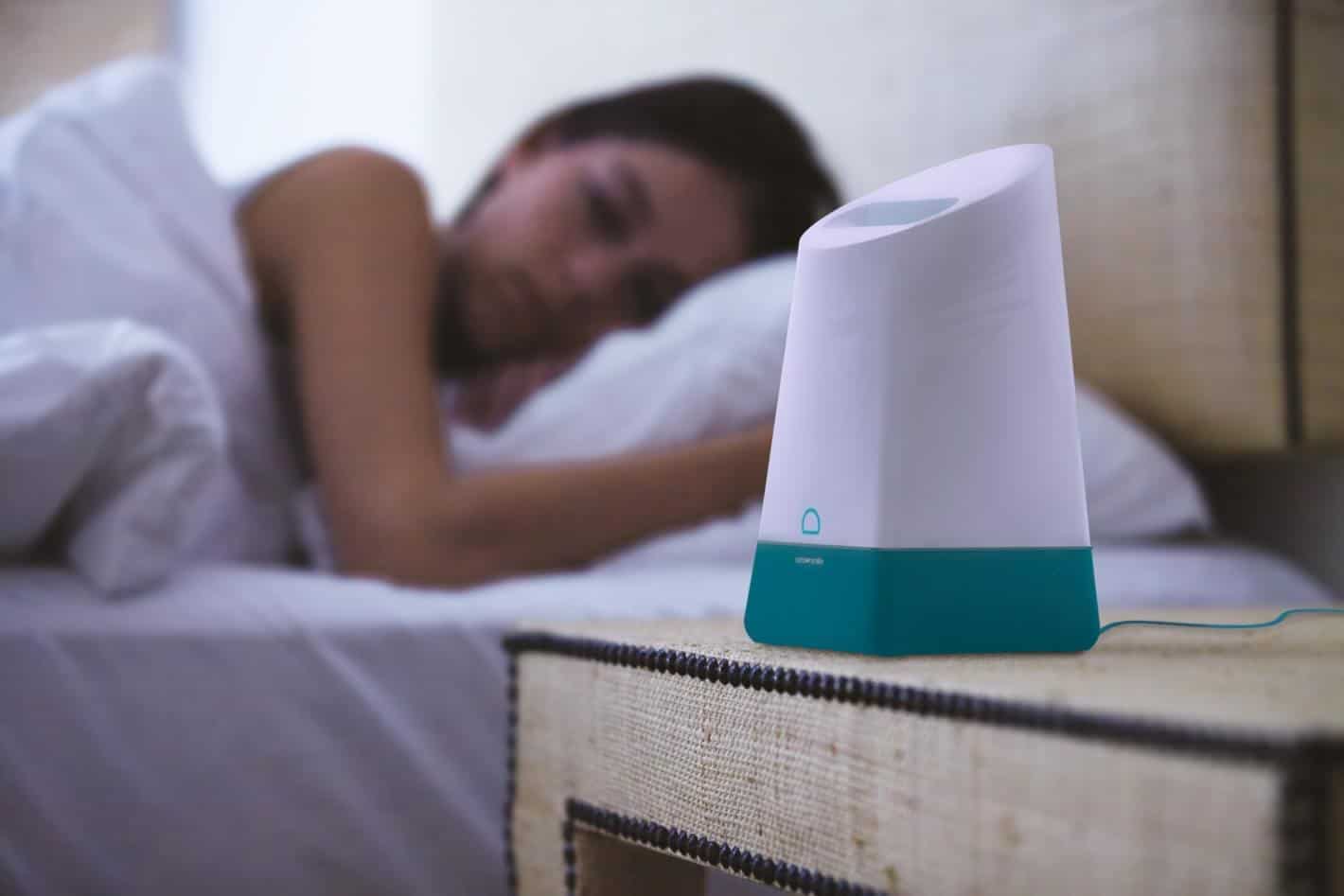 It’s safe to say that, having a good night’s sleep is important for every individual who wants to wake up feeling recharged and ready for taking on another day, but we all know that this isn’t always the case and sometimes we wake up feeling deprived of energy, all because of a bad night’s sleep. With that in mind, a company called Sensorwake introduced a device at CES 2017 that promises to improve sleep quality through the power of scents. The product is called Oria and it could be considered the counterpart of Sensorware’s other product using scents: the so-called olfactory alarm clock.

In a quest to improve sleep quality, Sensorwake’s new product called Oria has been designed to help users “get a qualitative and restorative sleep”. According to the official announcement, Sensorwake worked together with Swiss manufacturer of fragrances and flavors Givaudan, and created “the first device on the market” to use fragrances for improving sleep quality. The Oria uses two patented scents developed using scientific studies from both the Clinical Sleep Center at Loughborough University and Givaudan, and the press release further states that these resources have been the world’s first studies to “identify and prove the impact of fully formulated patented fragrances on our sleep quality.” The design of the patented fragrance was based on “a set of formulation rules” as well as brain responses defined by EEG tests, clinical studies, and sleep diaries collected from the Philips Actiwatch. As previously mentioned, the Oria uses two fragrances, one that helps users relax and fall asleep faster, and another scent that helps with deep-phase sleep. The first scent encapsulates powdered rose, peach, and pear, along with notes of musk and talc, whereas the second aroma “evokes fresh linen with notes of soap and sandalwood”. Reportedly these two scents have been “elaborated to resonate with moments linked to our emotions” for peaceful relaxation.

The aromas come in recyclable capsules which should hold enough fragrance for 2 months of daily usage – according to the manufacturer – and the Oria is expected to hit the shelves later this summer for the price of $149. Prices for the fragrance capsules have not been revealed. As yet, the company is testing the product and prospective customers can sign up for a chance of becoming one of the 250 beta testers. 40 beta spots are open to the public and testers will be selected in 2 days and 9 hours from the time of writing. They will also receive an Oria for free for their contribution. You can sign up for the beta by heading down to the source link below.