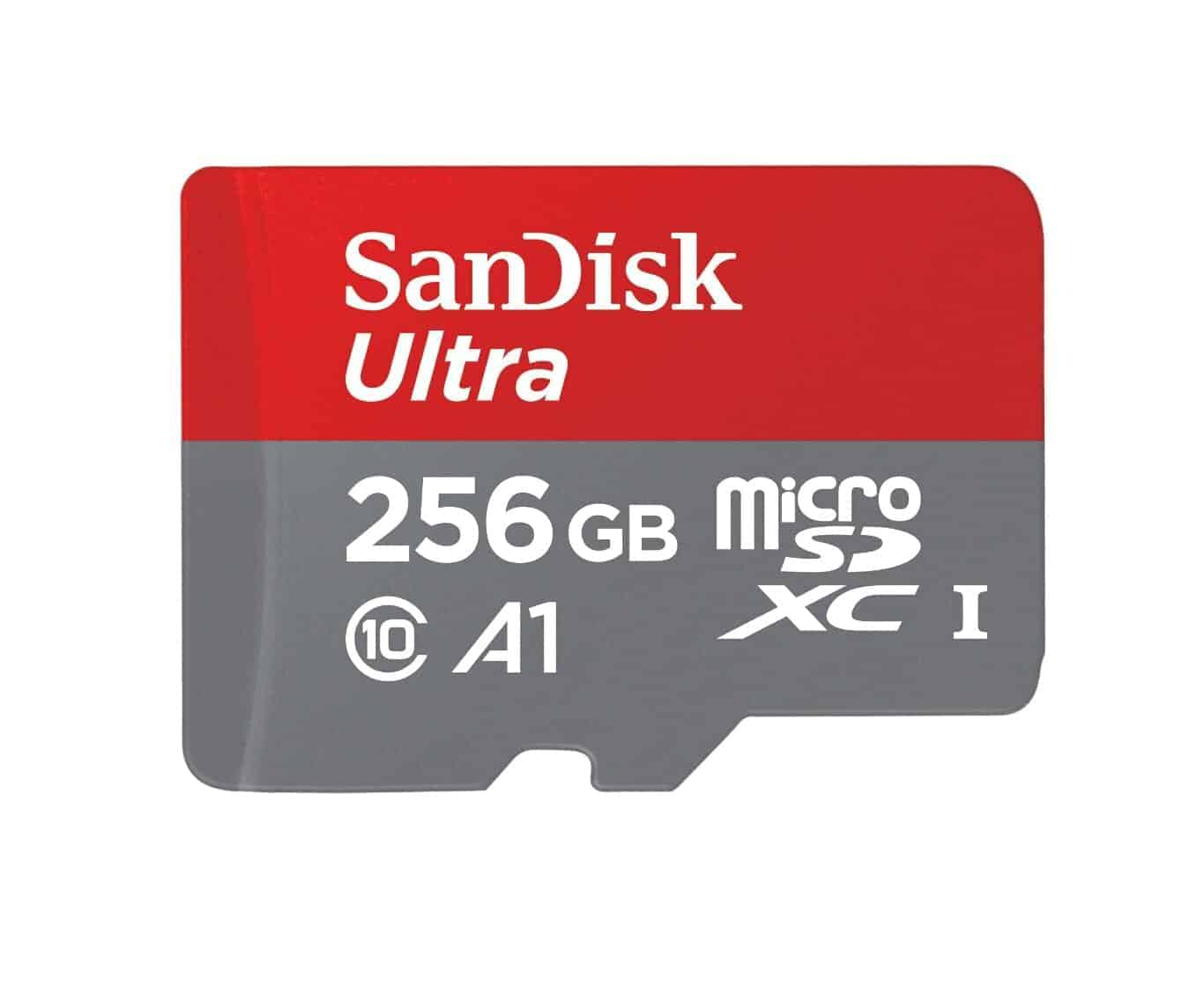 SanDisk is the latest company to announce new products at the Consumer Electronics Show (CES) 2017 in Las Vegas. The company has just announced a number of new products, and one, in particular, is very interesting for mobile technology. We’re talking about the company’s new microSD card which comes with the latest A1 SD specification.

This new 256GB SanDisk Ultra microSD card meets the Application Performance Class 1 (A1) requirements from the latest SD Association’s SD 5.1 specifications. SanDisk claims that this microSD card delivers the capacity and speed in order to deliver a better smartphone experience. SanDisk also released an interesting fact regarding today’s smartphones, the company says that approximately 75% of smartphones out there contain microSD slots. SanDisk’s new card can hold up to 24 hours of fullHD video, and comes with premium transfer speeds of up to 95MB/s, which, and the A1 performance, in general, means that it can launch applications incredibly fast. “SanDisk cards are at the center of more than two billion consumer devices, and now with this A1 card, we’re proud to play a significant role in continuing to advance the trusted format,” said Dinesh Bahal, Vice President of Product Management at Western Digital’s Client Solutions Unit.

The A1 specification allows the card to manage random read input-output access per second (IOPS) of 1,500 and write IOPS of 500. Now, in more plain terms, this means that the card is capable of quickly opening apps and process accompanying tasks, including graphics, audio, etc. In Android 6.0 Marshmallow and above, users are capable of expanding storage capacity on smartphones by using microSD cards (Adoptable Storage), and that is where this card can come in useful, as it’s more than capable of holding your apps and running them as well. This new SD card is also compatible with the SanDisk Memory Zone app for Android, this app is completely free and you can download it from the Google Play Store, and SanDisk’s new card will become available later this month all over the globe, and will cost $199.99. So, this might not be the most affordable SD card out there, but you cannot expect it to be, as this is the top of the line SD card, which is why it comes with such a price tag, we’ll leave it up to you to judge whether it’s exaggerated or not.

Advertisement
Advertisement
Trusted By Millions
Independent, Expert Android News You Can Trust, Since 2010
Publishing More Android Than Anyone Else
35
Today
35
This Week
290
This Month
5035
This Year
106510
All Time
Advertisement