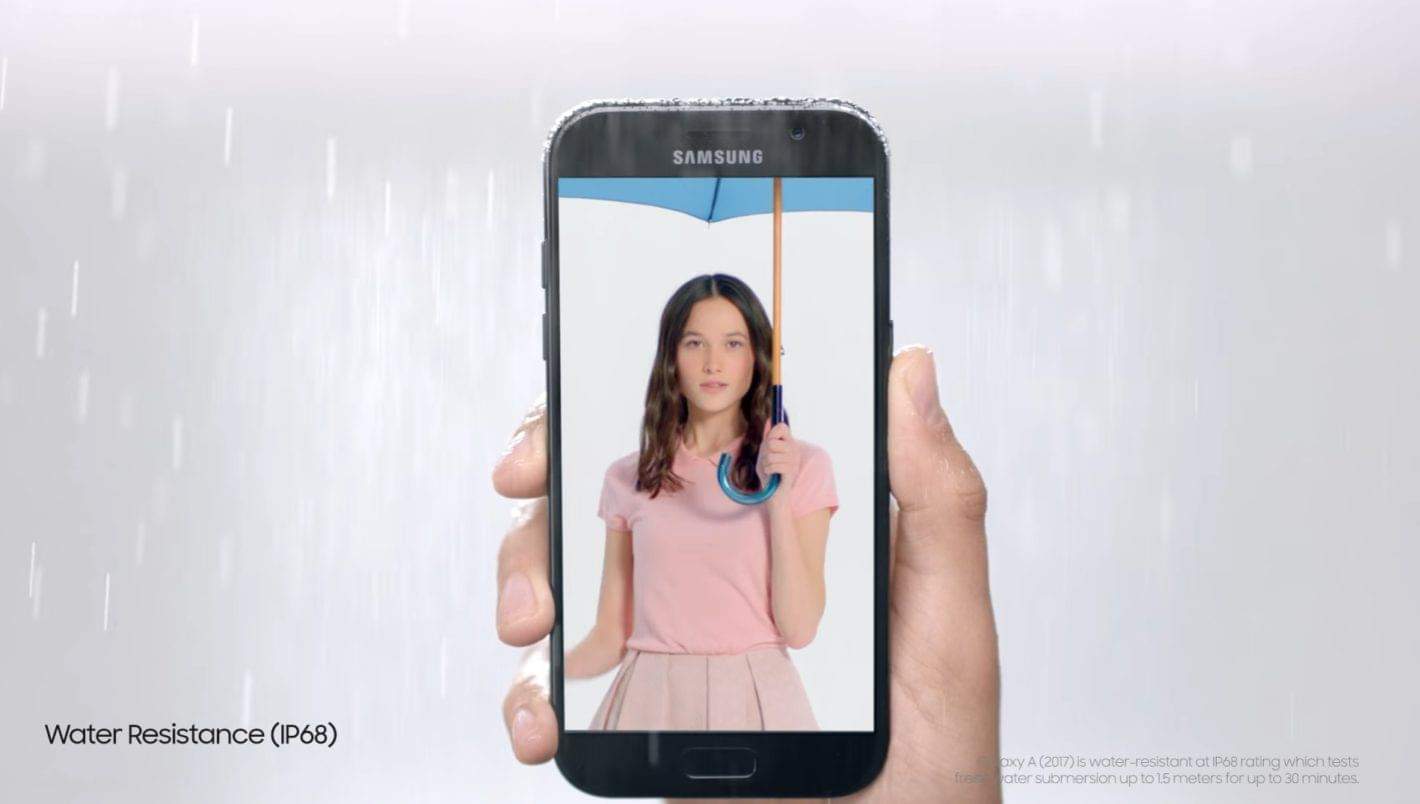 Having unveiled its Galaxy A (2017) lineup yesterday, Samsung has now launched its first official promotional video for the devices. With a fun rendition of Linda Ronstadt's 1982 chart-topper 'I Know Something About Love' playing in the background, the 30-second TV commercial highlights some of the major talking points of the new lineup that comes with a quite a few features that, up until now, have only been available on premium handsets from the company for the most part. Among the most prominent features showcased by the video are expandable storage, waterproofing, and the twin 16-megapixel cameras that can be found on at least two of the three devices announced yesterday.

The TVC ends with the message "Same Galaxy DNA. Different Attitude". Which can be interpreted as a clear reference to some of the Galaxy A (2017) features that can be found on flagship Samsung devices like the Galaxy S7 and Galaxy S7 Edge as well as the ill-fated Galaxy Note 7, although, they have been conspicuous by their absence on mid-range and entry-level handsets from the South Korean tech giant up until now. Such features include a full-metallic build that has only recently started becoming more common at the mid-range, the IP68 rating that indicates a waterproof and dustproof device that can withstand the odd splash of water and a microSD card slot that allows users to expand their storage capacity by up to a whopping 256GB.

What's more, although Samsung had earlier steadfastly refused to incorporate sensors such as magnetometer (compass) and utility features like Notification LEDs in its mid-range handsets, the latest lineup seemingly offers all of that, which should make them competitive in an era when affordable offerings from the likes of Xiaomi, Huawei, OPPO, Vivo and others at the mid-range have already relegated Samsung to an also-ran in the crucial Chinese market. It will be interesting to see how well Samsung is able to convey its message to consumers about some of the new features it is bringing to the table with its new range, especially given that these devices are its first high-profile launches since the Galaxy Note 7 fiasco.