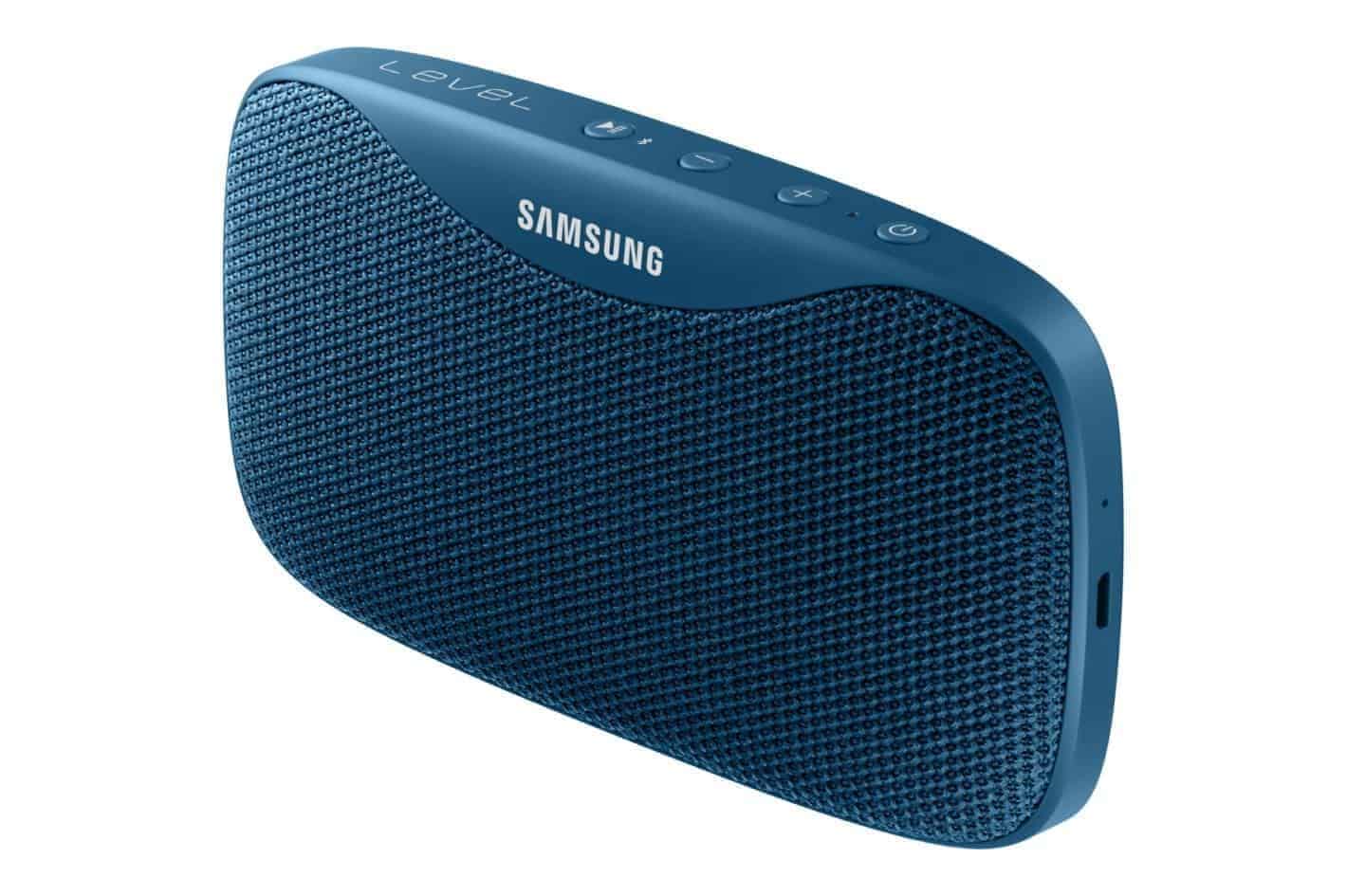 Bluetooth speakers have their uses especially for active people who are always on the move, and it's interesting to note that over the past few years, these devices have become increasingly popular. Numerous smartphone manufacturers have created Bluetooth speakers as well, and at CES 2017 in Las Vegas, Nevada, Samsung took the veil off a brand new portable Bluetooth speaker from the LEVEL Box series, called the Samsung LEVEL Box Slim.

Samsung's LEVEL Box speaker lineup has been around for several years, and earlier this month the company took the veil off the so-called Samsung LEVEL Box Slim; a new Bluetooth speaker that can double as a battery pack. The company markets the product as being pocketable, and sure enough the device measures only 148.4 x 79 x 25.1-milimeters and weighs 236 grams. This is despite the fact that the package also contains a 2,600 mAh battery rated for up to 30 hours of music playback, which can double as a battery pack for recharging depleting smartphones in need of a bit of electrical current. And despite the package's overall reduced dimensions, the speakers are fairly powerful and can deliver 8-watt sound. Furthermore, the Bluetooth speaker takes advantage of a microphone as well as noise reduction and echo cancellation technologies, meaning that the product can easily be used for phone calls if necessary. In addition, the Samsung LEVEL Box Slim benefits from an IPX7 water-resistance certificate, giving it the ability to survive for up to 30 minutes while submerged underwater at depths of up to 1 meter.

Other features worth mentioning include a built-in stand and the fact that the speaker connects to smartphones using Samsung's dedicated LEVEL application, which gives users the ability to control volume and more. Pricing and availability details for the Samsung LEVEL Box Slim are unknown at the time of writing, however, Samsung already confirmed that the device will be available in three colors – namely black, blue, and red, in select markets. Regardless of when, where, and at what price the Bluetooth speaker will be launched, you can check the official product presentation video below and have a closer look at the Samsung LEVEL Box Slim in action.