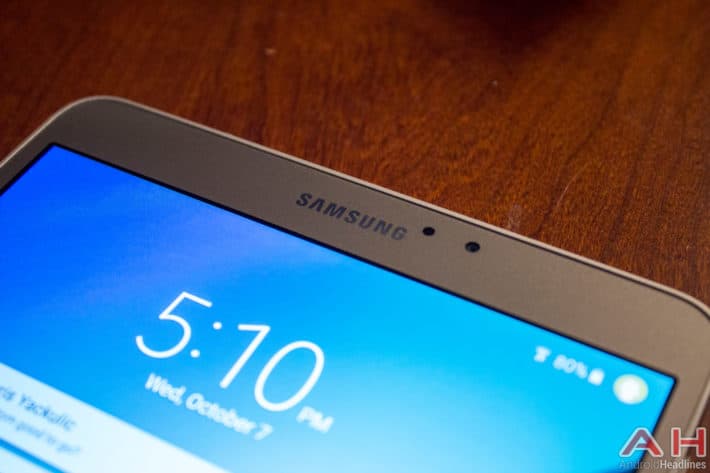 An LTE variant of the upcoming Galaxy Tab S3 received a Wi-Fi Interoperability Certificate in the United States on Friday. The device sporting a model number SM-T825 has yet to be officially unveiled by Samsung, though its release has long been rumored on. As expected, the Wi-Fi Alliance certification of the LTE variant of the new Galaxy Tab S3 says the device is running Android but doesn't go into any more details regarding which version of the operating system is installed on the tablet. The Galaxy Tab S3 is rumored to hit the market during the first quarter of the year.

Samsung was expected to announce its next Android tablet way back in September, but for one reason or another, the company has yet to unveil the successor to the Galaxy Tab S2. In possibly related news, the firm also pushed back the reveal of the third generation of the Galaxy A lineup which was only officially announced earlier this week. Seeing how Samsung already showcased all of the products it brought to this year's CES, the Galaxy Tab S3 probably won't be revealed until Mobile World Congress, the next big industry trade expo that's scheduled to start on February 27th in Barcelona. In the meantime, we've heard that the device is equipped with a 9.7-inch QHD display and that Samsung is planning to launch it in two variants. While the LTE-enabled version mentioned above is sporting a model number SM-T825, the one without cellular connectivity is labeled as SM-T820.

The US Federal Communications Commission already approved of the Galaxy Tab S3 design back in early 2016, which is when we've first heard that the company's next tablet will be fueled by the Qualcomm Snapdragon 652 system-on-chip and 3GB of RAM. Other industry rumors pointed at an 8-megapixel rear camera and a 2-megapixel front one, as well as Android 6.0.1 Marshmallow. Of course, none of that info has yet been confirmed. In addition to the Galaxy Tab S3, Samsung fans can also look forward to the reveal of the Galaxy S8 this spring, as the company's next flagship smartphone is slated to be announced in April.