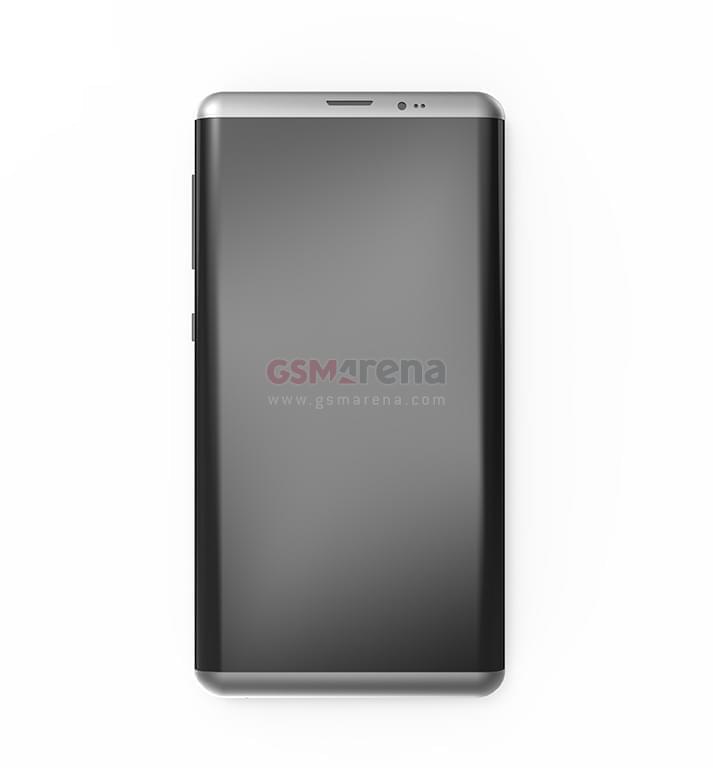 The Samsung Galaxy S8 is due to be announced in just a few months, and the device has been a hot topic on the rumor mill. Now there is a new set of 3D renders available of the device, which line up pretty nicely with others that we've seen in recent weeks. These renders are courtesy of GSM Arena, and show the curved display of the Galaxy S8, which has been long rumored for the device. It's rumored that there will be only one model of the Galaxy S8 which will have a curved display. Additionally, the top and bottom seem to be a bit rounded, which could make it easier to hold onto. And the device appears to be made out of aluminum this time, instead of being an aluminum frame and then a glass backside. It's a new design choice for Samsung, so we'll have to wait and see how it works out for them.

What's interesting about this render is the fact that it shows speakers both at the top and bottom of the device, showcasing stereo speakers. A bit similar to the way that HTC did it with the HTC 10 last year. Additionally, you'll see that there is a 3.5mm headphone jack at the bottom of the device, so it appears that Samsung did not have the "courage" to remove the jack. There is a charging port at the bottom of the device, but it's a bit tough to tell whether it is a micro USB port or a USB-C port, at this angle it looks more like a micro USB. A bit strange given the fact that recent Samsung devices have used a USB-C port.

It's important to remember that these renders are just that, renders. They may or may not depict what the final version of the device will look like when it is unveiled by Samsung in April (according to rumors). But it does line up with other pictures we've seen of the device, so it cold very well be what the Galaxy S8 looks like when it does finally get unveiled to the public.