The Samsung Galaxy S7 Edge and its standard (flat) counterpart are about to make the jump to the first public release of Android Nougat. After testing the software for several months, and following a short “soak test” earlier this year, it would appear that Samsung is gearing up for the public release of Android Nougat on the Samsung Galaxy S7 Edge beginning January 17.

A leaked screenshot seems to confirm that Samsung intends to release Android 7.0 Nougat on the Samsung Galaxy S7 Edge on January 17 and onward. Do keep in mind that this info could be fake as Samsung is expected to release Android 7.1 Nougat, while skipping the Android 7.0 Nougat update. According to the source, the leaked image below shows a few paragraphs that have been translated from Turkish to Spanish, so in other words, the text might not read “official” for native speakers of the Spanish language. However, what interests us is the date on which Android Nougat will reportedly hit the waves for the Samsung Galaxy S7, and the text suggests that the company will be ready to roll out the update on January 17. However, it’s worth reminding that if the update begins its journey on January 17, it’s likely that availability will expand gradually, which means that not all regions will receive the update at the same time.

There’s no mention of the standard Samsung Galaxy S7 in the leaked screenshot, but there’s no concrete reason to believe that the flat model will be left out either. It’s more likely that both models will receive the same treatment around the same time, considering the fact that they are both nearly identical in terms of hardware specifications. Besides, both models have already been tested under Android Nougat throughout the past several months, with the beta program ending near the beginning of 2017. In any case, Android Nougat promises a handful of new goodies compared to Android 6.0 Marshmallow, including better performance, redesigned user interface elements, as well as new features including Multi-Window for a higher degree of multitasking, a revamped notification system allowing for “Quick Reply” functions, and a new take on Doze Mode for improved battery life. In addition, it’s worth noting that some of these stock additions to Android Nougat have been further customized by Samsung to add more functionality as part of their proprietary user experience. 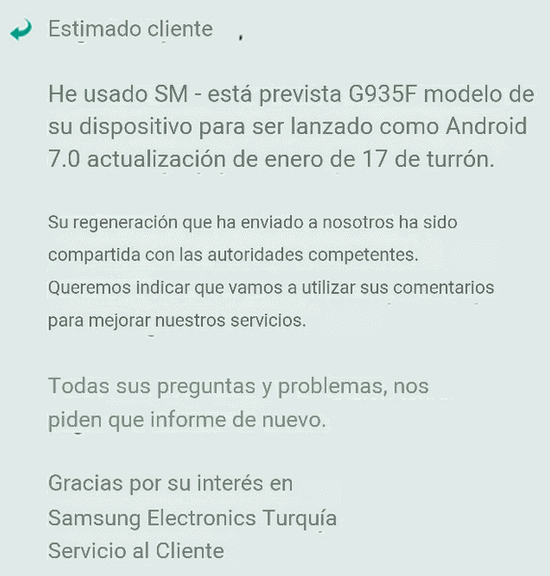