In terms of the design, while few actual images have come through, towards the end of December renders became available which while not being official images, are said to be based on known specs and information and do provide a good oversight of how the device is likely to look. It is also worth noting that the Galaxy J7 (2017) is not the only J-series device that is expected to be announced soon, as the Galaxy J3 (2017) has also been doing the rounds and most recently was spotted gaining its Wi-Fi certification. As to be expected with the numerical difference, the Galaxy J3 should be a step-down in a number of departments when compared to the Galaxy J7, including the screen size, resolution, RAM count, and so on. 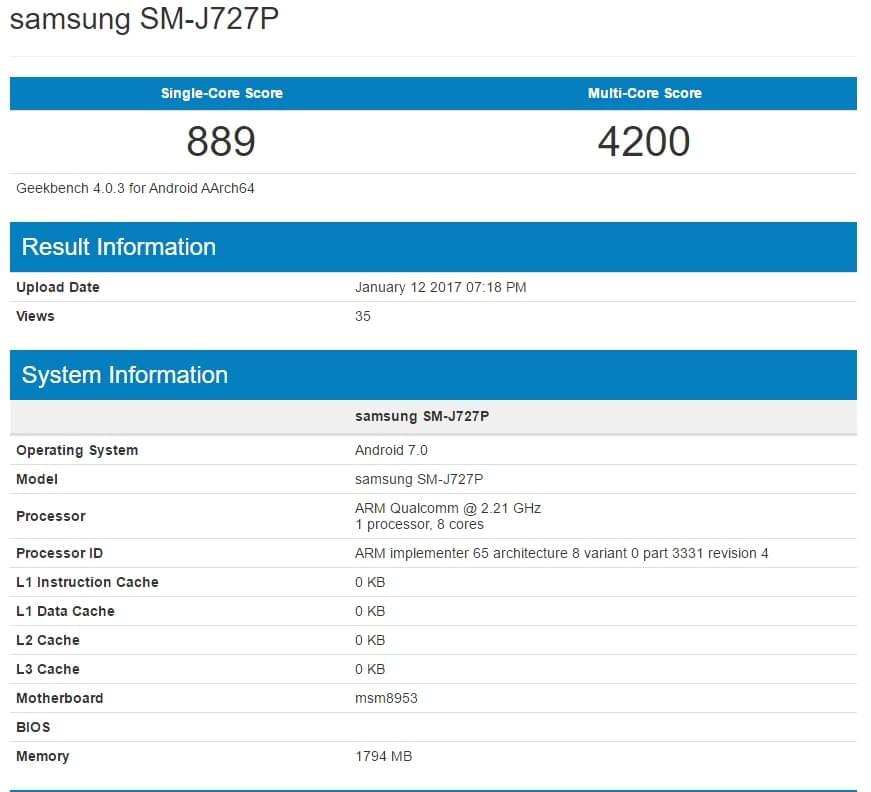