During CES 2017, Samsung announced that they have teamed up with Under Armour to strengthen the quality of the user experience on offer with their fitness-focused wearables. In particular, the partnership will see owners of the Samsung Gear Fit 2, Gear S2 and Gear S3, gaining access to a number of Under Armour apps. In fact, the partnership goes further than simple access, as Samsung has also confirmed that the mentioned devices will gain new features which are unique to those Samsung devices.

As part of the announcement, Samsung has confirmed that the Samsung Gear Fit 2, the Gear S2 and the newest addition, the Gear S3 smartwatch, will be able to make use of a more integrated version of the UA Record app, the MyFitnessPal app, the MapMyRun app and the Endomondo app. In terms of the unique features, Gear Fit 2, Gear S2 and S3 owners will gain access to ‘Map and route display’ and ‘Untethered GPS tracking’ through the UA Record, ‘Water consumption logging’ and ‘Quick-add calories’ through the MyFitnessPal app, ‘Challenges’ and ‘Untethered tracking’ through MapMyRun, and ‘Challenges’ through Endomondo.

In terms of when Samsung Gear device owners will be able to gain access to the new functionality, this seems to be highly dependant on the device. For instance, Samsung has confirmed that from today (Jan. 4), Gear Fit 2 customers will be able to make use of the UA Record, MapMyRun, and MyFitnessPal apps with added functionality. While support for the Endomondo app (and new features) is due to become available for the Gear Fit 2 before the end of January. Owners of the Samsung Gear S2 and Gear S3 will have to wait a little longer for any of the unique features however, as Samsung has yet to confirm exact dates. Although, Samsung has stated that the apps (with added features) will be available to download on the Gear S2 and S3 sometime “in early 2017”. So while no new fitness wearables were announced at CES 2017 by Samsung, it does seem to be the case that they are looking to greatly improve the level of functionality that is on offer with their existing wearable options. 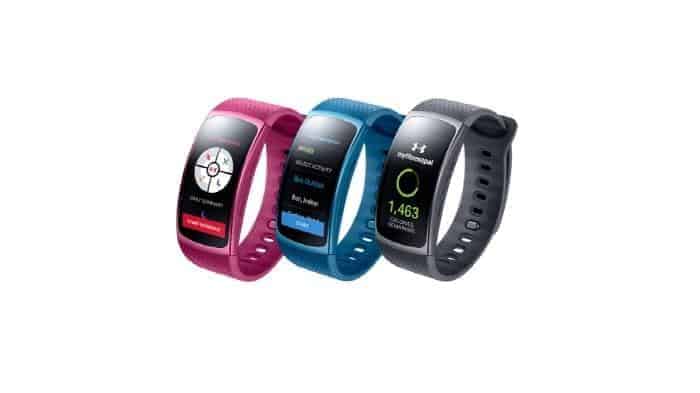