Live images said to be of an unreleased Xiaomi smartphone, have leaked online. The images were originally posted on Chinese microblogging site Weibo earlier today, and have since been picked up by sections of the online tech media, giving us a look at what is believed to be the recently-rumored mid-range phablet, Redmi Note 4X. The device was recently reported to have been cleared by TENAA, giving us a very good look at a few images of the smartphone that is expected to replace the best-selling Redmi Note 3 in India, where Xiaomi is barred from selling the standard-issue Redmi Note 4 (and other MediaTek-powered devices) because of an ongoing legal dispute with Swedish telecom firm, Ericsson.

While rumors suggest that the device depicted in these images is indeed the upcoming Redmi Note 4X, they vary quite a bit from the earlier images posted on TENAA when a Xiaomi device, said to the Redmi Note 4X, was certified by the Chinese electronics regulator. The latest images show a smartphone with a physical Home button that is said to have an embedded fingerprint scanner. The images on TENAA, on the other hand, seemingly suggested that the device will have the biometric sensor on the back, while the front will feature regular capacitive buttons like most other recent Xiaomi smartphones. Apart from the positioning of the fingerprint scanner, the rest of the package looks to be more or less in line with the earlier images, so it will be interesting to see how it all turns out in the end.

Either way, according to earlier rumors, the Redmi Note 4X will feature a 5.5-inch 1080p display panel, and have the Qualcomm Snapdragon 653 under the hood. The device is also said to come with 4GB of RAM, and will reportedly be available in 32GB and 64GB internal storage options. What’s more, both models are likely to have support for micro SD cards for capacity expansion, which is good news in case you have a whole lot of media files to carry around. Either way, Xiaomi is expected to unveil the Redmi Note 4X pretty soon, so that should clear up all the confusion. 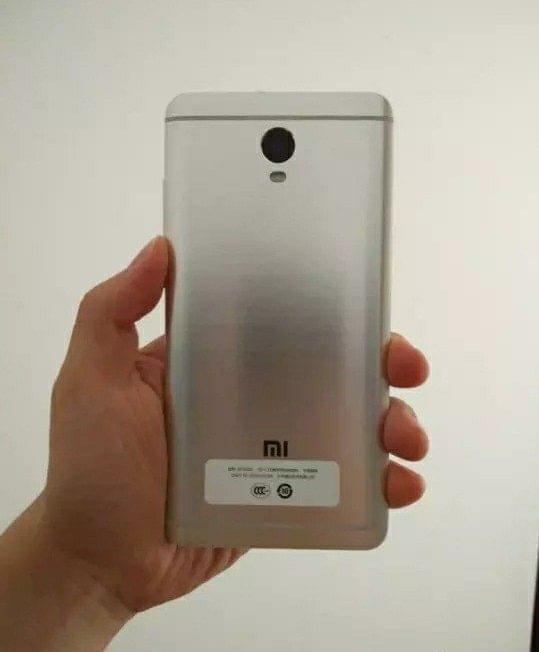