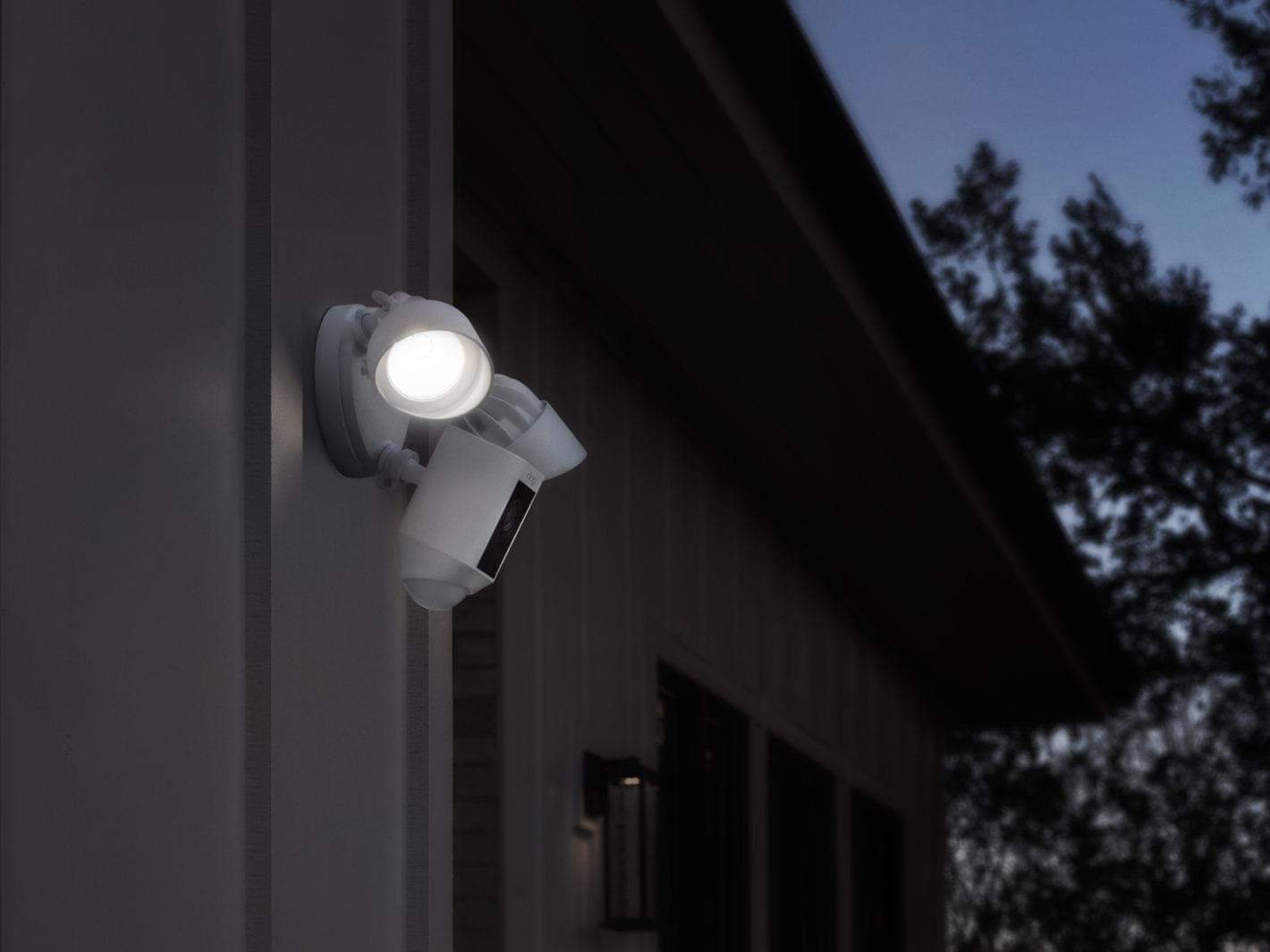 Ring is bolstering home security with their new Floodlight Cam, and not only have they just announced the product at CES, but they're also launching it today. That being said, today only marks the availability of pre-orders as the actual units won't begin shipping and go on sale officially until later on this year in April. Those who want to pre-order the device though so as to get a head start on adding this device to their smart home collection of IoT products, can do so from Ring's main website. The device will cost $249.99, and although Ring doesn't currently mention any other retail partners, chances are you'll end up being able to grab it from places like Amazon, too. Eventually at least.

While there are already a number of devices on the market to use for security cameras that can be connected to your home's local Wi-Fi network, such as the Nest Cam Outdoor, the Ring Floodlight Cam takes the basic features of a motion sensor floodlight that is commonly used by many home owners, and blends them together with a smart security camera to provide an all-in-one solution to those who want around the clock coverage from the security camera, but also want there to be enough light whenever possible.

The Floodlight Cam employs smart LED lights and it has 270-degree motion detection, so the lights and the camera can be activated over a wide spread of area in front of its location. In addition to the LED bulbs that are part of the unit, the camera itself also has integrated IR nightvision so it can still see things even if the lights don't come on. The camera records in 1080p so you can expect video resolution to be nice and clear, but Ring is still packing in some extra features here, like a set of loudspeakers that you can use to communicate through the unit, as well as a siren that is capable of operating at 100db. It also features cloud recording, a fairly common feature that's found in other security cams, this way users can capture all of their footage and keep it stored in a safe place without having to actually access any hardware to get at it. As an added bonus on top of all of these features, users can further take control by manually bypassing the motion detection and enable the floodlights as well as the camera from the companion application installed on their smartphone or tablet, which of course, supports both Android and iOS. If you're worried about remembering to check the feed, you can set the lights and camera to come on automatically after configuring a schedule for them, essentially making it a set it and forget it situation following the initial installation.