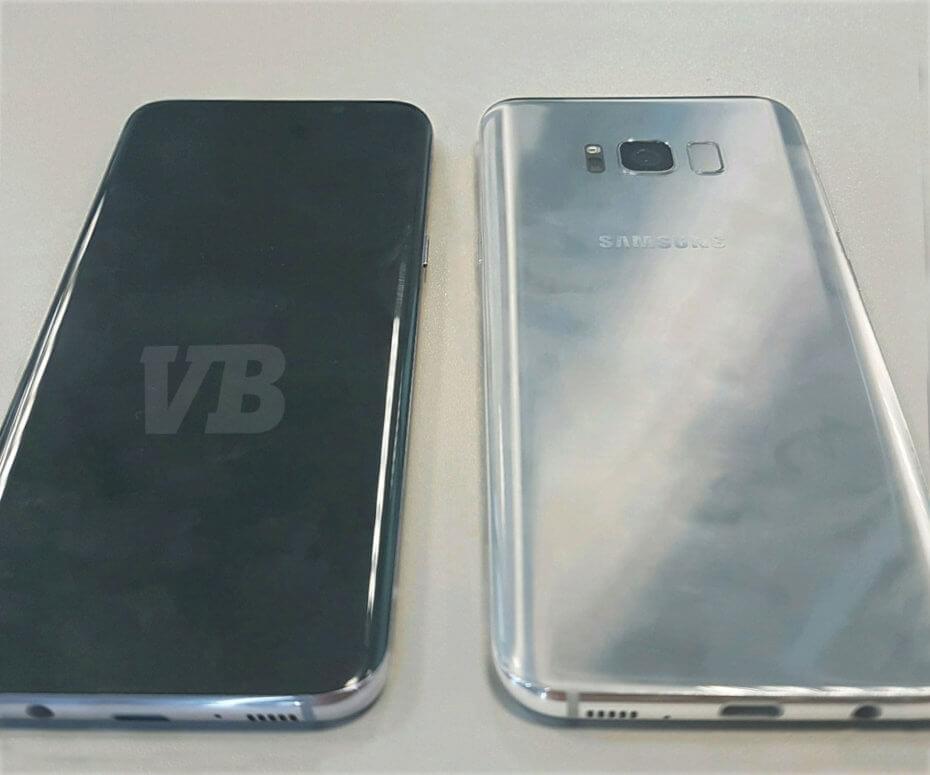 The above picture is said to be of the Samsung Galaxy S8 and it would seem that Samsung’s upcoming Galaxy S8 will differ from previous Galaxy smartphones in several ways. Firstly, the Galaxy S8 will be the largest Galaxy smartphone to come to market. Secondly, the Galaxy S8 will not feature standard Galaxy navigation buttons. According to the details coming through, the Galaxy S8 will be unveiled on March 29 with a view to going on sale on April 21. While US pricing has not been provided, the report does note that the smaller model will cost €799 in Europe, while the larger variant will cost €899 in Europe. This information is coming from a new report from VentureBeat which cites “someone familiar with the company’s plans” as the source.

In terms of the size, it seems as though Samsung is going super-sized this year as the report notes that the Galaxy S8 will be available in a 5.8-inch display size. And that will be the smaller model as another model (likely the Galaxy S8 Plus) will come boasting a massive 6.2-inch display. Both models will sport QHD Super AMOLED screens and these will account for 83-percent of the overall front panels. A configuration which will result in a 18.5:9 aspect ratio. In addition both displays will be ‘Edge’ displays.

In terms of the rest of the specs being suggested, inside both models will sport 4GB RAM – which is unchanged from last year’s Galaxy S7. However, the processor will be different with some regions gaining a Qualcomm Snapdragon 835-powered Galaxy S8 and others, a Samsung Exynos-powered model. Interestingly, like the RAM, it seems the MP count of the cameras will also be unchanged from last year’s model, with both versions of the Galaxy S8 said to be sporting a 12-megapixel rear camera, along with an 8-megapixel front-facing camera. Although, in line with previous reports, it is expected that the rear camera will be able to make use of ‘image search’ functionality. While the front-facing camera will include an additional sensor nearby for iris recognition. The 5.8-inch model will come powered by a 3,000 mAh battery, while the 6.2-inch model will come powered by a 3,500 mAh battery. Both versions of the Galaxy S8 are said to come with 64GB storage as a baseline and both will offer expansion when needed, via microSD. In addition you can expect to find a USB Type-C port, a 3.5 mm jack port, stereo speakers and a rear-positioned fingerprint sensor. As well as the previously-rumored PC compatibility, force touch functionality and Samsung’s own AI assistant technology, currently known as Bixby.