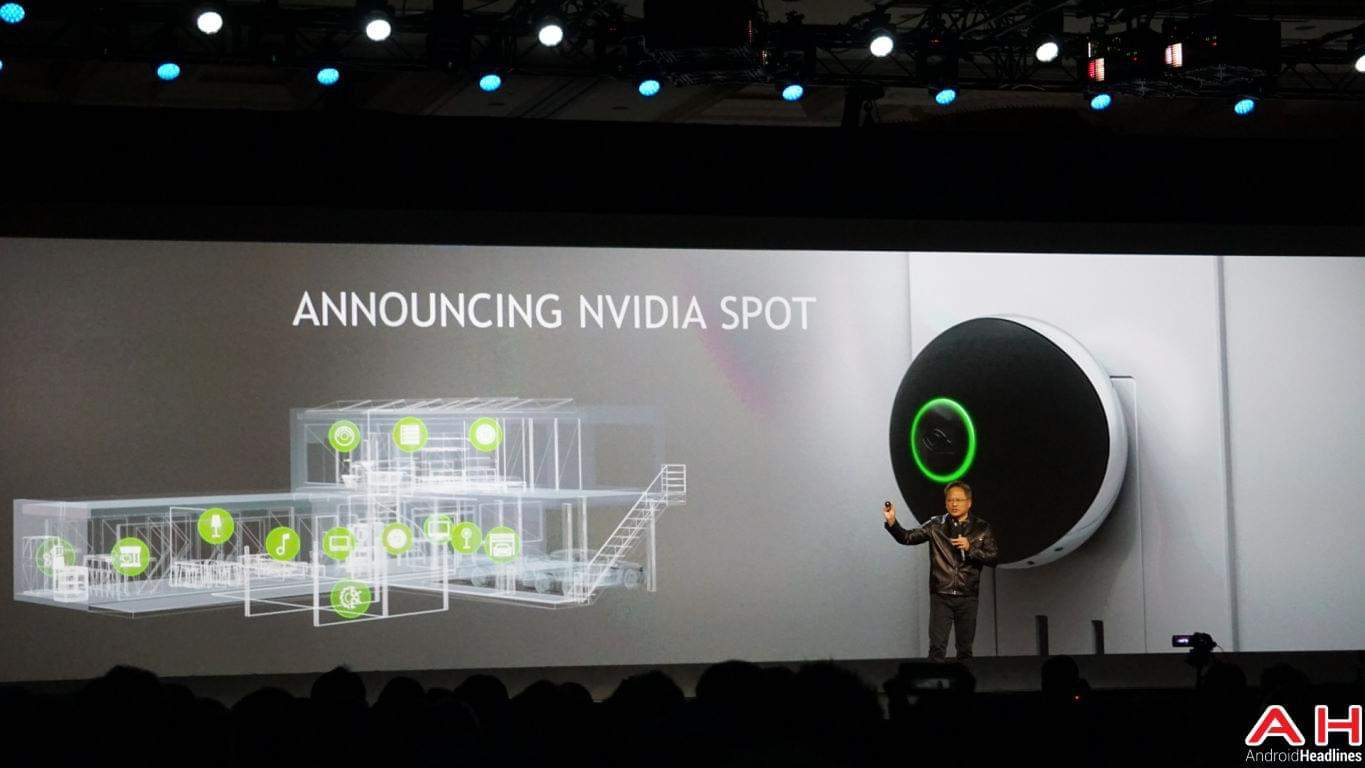 NVIDIA has just announced the SPOT, a new voice-controlled microphone that they have shown off at their official CES 2017 press conference. The device, which plugs right into a wall outlet similar to the way you would plug in a nightlight, is capable of enabling users to voice control different smart-connected products around the home. SPOT does not work by itself as it requires you to have NVIDIA's new SHIELD Android TV unit, which itself contains the core digital assistant integration with Samsung's SmartThings technology platform. It's also integrated with Google Assistant, essentially turning SPOT into a powerful connected device working with and through multiple other products like lights, thermostats, outlets and more, and basically anything that SmartThings can control.

Consumers can basically think of this like Google Home or Amazon's Alexa-powered Echo smart speaker, but without the ability to power its own voice controlled actions. NVIDIA SPOT is more like an extender for Google Assistant so that you can have the capability to utilize Google Assistant's features throughout the home, without actually needing to have multiple Google Home units around the house that are powered by the same software.

SPOT contains microphones and speakers so you can talk to it and it can hear your commands, and you can also hear it when it responds to your commands. If you've ever used Google Home before it sounds and feels like the same experience, and it should since it works through the new NVIDIA SHIELD that has Google Assistant built in. NVIDIA hasn't yet shared any specific availability details on the SPOT just yet, but they have stated that it will only cost consumers $49.99. This when paired with NVIDIA's new $199 SHIELD can serve as an affordable way for consumers to enable Google Assistant throughout the home without having to buy multiple Google Home speakers, which are not exactly costly by themselves but the price can start to add up if you want one in every single room. As an example, you could pick up the SHIELD and four NVIDIA SPOT microphone accessories and essentially enable Google Assistant in 4-5 rooms, all for a total of $399, whereas 4 Google Home speakers would be about $520 just to cover the same amount of rooms. That's a huge difference in price, and certainly opens up the home artificial intelligence aspect to more consumers.