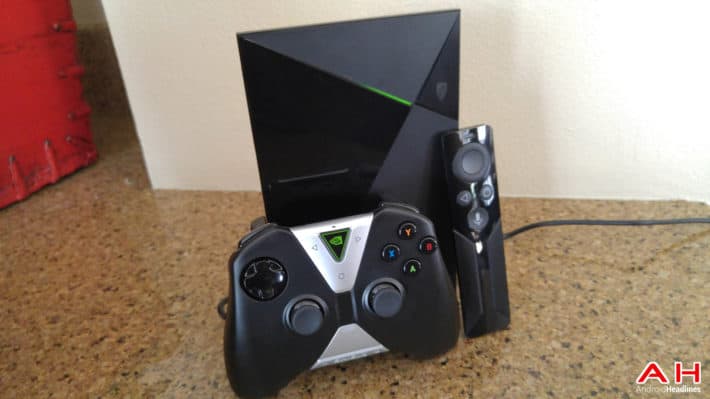 NVIDIA's 5.0 update notes were meant for the 2017 model of the SHIELD Android TV unit, it would seem, as the release notes that used to display on the support page for the original model of the SHIELD are now gone and have since been moved to the support page for the model that was officially announced during CES 2017. The release notes went live earlier this morning which alluded to the original SHIELD Android TV getting the big 5.0 software update in the near future, but now it appears as if they were mistakenly put on the wrong page.

The good news, it would seem, is that the update for the original SHIELD is supposedly coming sometime within the next week or close to that time frame according to Droid Life, so owners of the older device won't be waiting too much longer for the update to appear. The new SHIELD, which should have the software update right out of the box or soon thereafter when it arrives on people's doorsteps, just went up for sale earlier today, and is now available for purchase for anyone who was looking to upgrade to the newer model or pick this model up as their first introduction to the SHIELD Android TV system.

When the new update does hit the NVIDIA SHIELD, it'll bring along some nice upgrades and improvements, not the least of which is the update to Android 7.0 Nougat for the version software. The update also reportedly includes things like the 4K HDR compatibility for content, as well as access to Amazon Video so that Prime members will have one more way to access Amazon's exclusive shows like The Man In The High Castle, and the NVIDIA Games application will be included here too. Naturally it should also include some bug fixes and improvements meant to smooth out the overall user experience and performance. While the big new software update isn't yet ready for the original NVIDIA SHIELD, it does get access to a brand new game called The Witness which just launched this morning for the device, which you can pick up from Google Play either through the desktop browser or directly on the SHIELD itself.