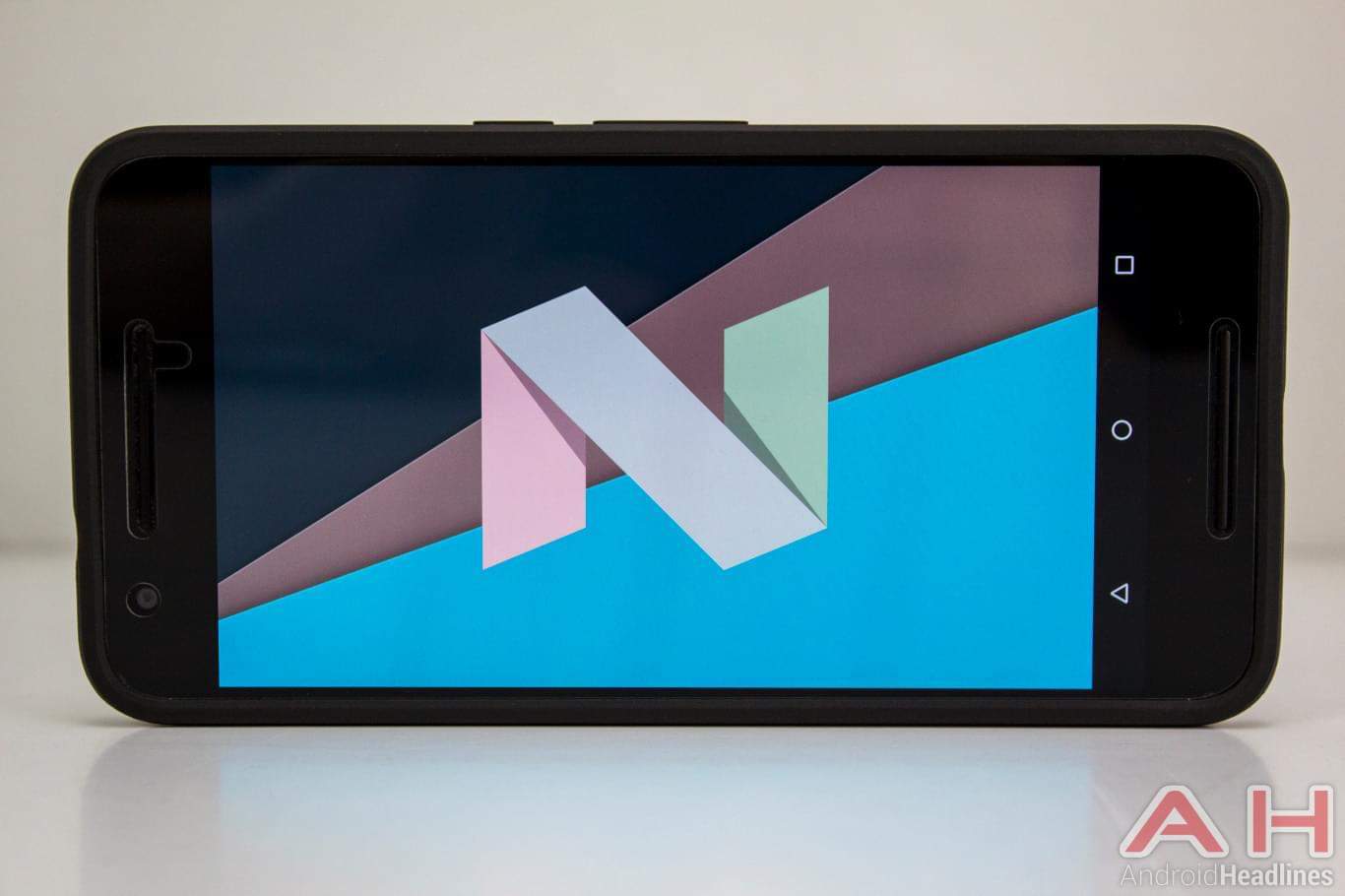 Each month, Google releases a new set of Android Distribution numbers, and this month Nougat has moved on up to 0.7% (0.5% on Android 7.0 and 0.2% on Android 7.1.x). Lollipop still holds the majority of Android users, at 33.4%, followed by Marshmallow at 29.6% ad KitKat at 22.6%. Interestingly enough, Gingerbread and Ice Cream Sandwich are hanging on with 1% and 1.1% respectively. While Jelly Bean has 11.6% between its three versions.

This Android Distribution chart is put out each month, around the 10th. Google collects data from a 7-day period at the beginning of the month, from devices that have accessed the Google Play Store. So this only counts devices that are active and those that actually use the Google Play Store. This particular data-set is from a 7-day period ending January 9th. It’s a bit interesting to see that Android 7.1 is sitting at 0.2%, seeing as it’s really only the Google Pixel and Pixel XL with that version of Android, although there are a number of devices in testing with that version of Android for updates and unreleased devices. Unfortunately, there’s still a quarter of the Android population running a version of the OS that is over two years old, in KitKat. KitKat was released in 2013, making it a little over three years old at this point. Lollipop is even getting a bit long in the tooth, and combining both of them, that’s over half of the Android devices currently being used.

Seeing the fragmentation here between different Android version numbers means that security updates are more important than ever. Especially seeing the number of devices that are sitting on versions of Android that are multiple years old. It’s likely that we’ll never see all or even a majority of devices on the latest version of Android (due to the fact that manufacturers take their sweet time rolling out updates, and some people are using phones that are three years old or even older), but it would be nice to see Nougat getting a larger percentage at this point. Considering Google released the code for Android 7.0 back in August of 2016. You can check out the full distribution at the source link below. 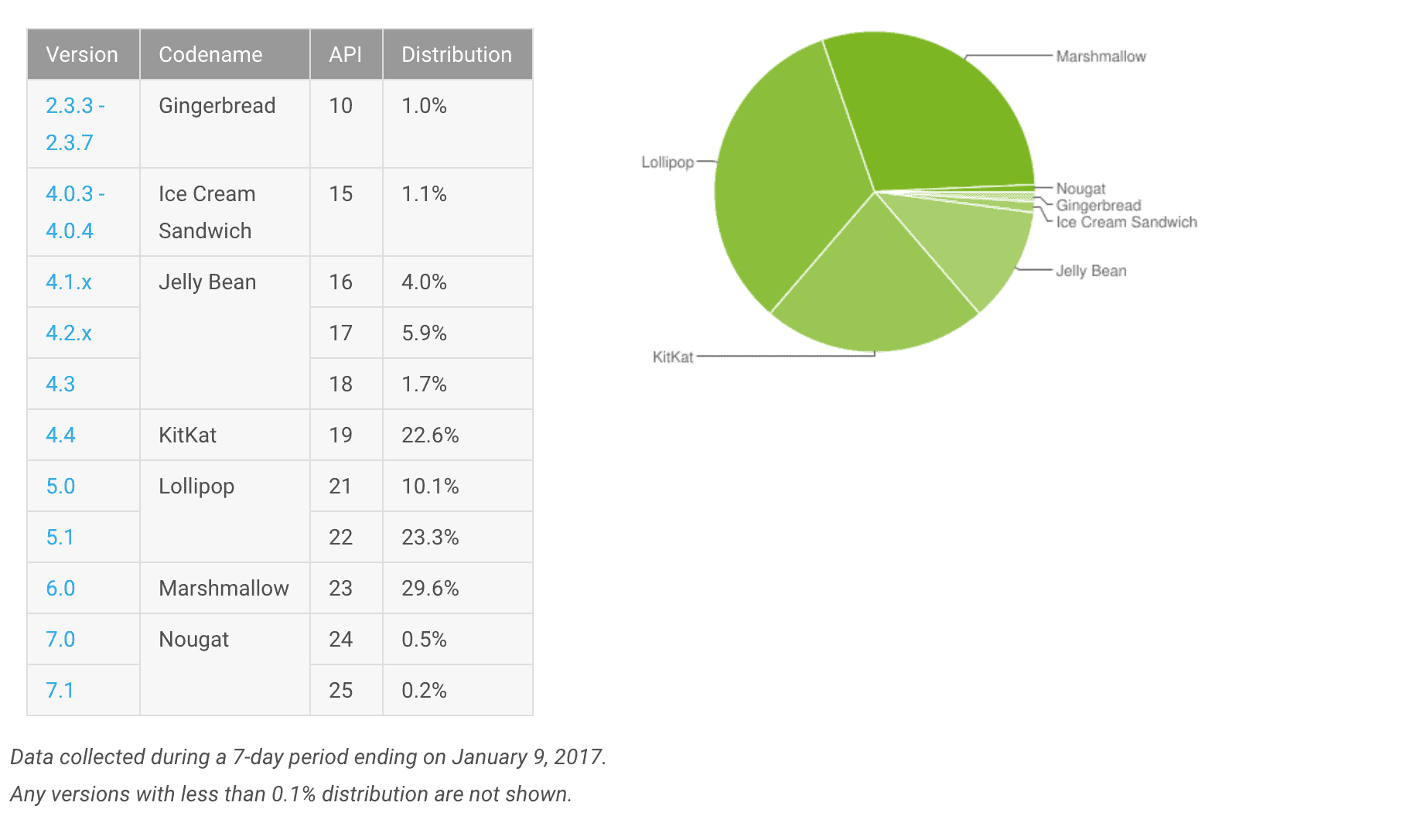