Skip to content
Advertisement
Trusted By Millions
Independent, Expert Android News You Can Trust, Since 2010
Publishing More Android Than Anyone Else
3
Today
150
This Week
902
This Month
3889
This Year
121495
All Time
Advertisement Nokia and SK Telecom have successfully demonstrated a new emergency VoLTE system which they refer to as the “Mission Critical Push to Talk” solution, or MCPTT for short. The MCPTT system is built using a Voice-over-LTE infrastructure and was demonstrated at Nokia’s Research Center in Krakow, Poland, towards the end of last week. The MCPTT system will be deployed in South Korea by SK Telecom using the country’s Public Safety LTE network (PS-LTE) and the LTE-R network designed to be used by railway organizations and companies dealing with network systems. SK Telecom will also be offering MCPTT technology to other countries, including the United States of America and the United Kingdom which are planning to establish their own safety networks.

South Korea’s PS-LTE network was envisioned after the 2014 Sewol ferry disaster when over three hundred people died, and investigators discovered how the emergency services were hindered by a lack of an effective common communications system standard between different state agencies. Different emergency services used different systems for communications, meaning agencies were often unable to effectively communicate with each other. The PS-LTE network encompasses 20MHz of dedicated spectrum in the 700MHz frequency band and is meant to be accessible by approximately 200,000 users from over 300 agencies. The PS-LTE network is always functional and was rolled out to rural areas first, as these parts of South Korea lacked adequate coverage from existing technology. The network is still being rolled out but is due to be fully available later this year. Meanwhile, Nokia is also involved with the South Korean LTE-R network, which represents a substantial upgrade on the railway’s existing GSM network. The LTE-R is meant to provide mission-critical coverage for the railway industry. Both the PS-LTE and LTE-R services are operated as private networks.

The fact that the South Korean government is switching to LTE networking from existing technologies demonstrates the technological advantages of these solutions over their predecessors. Compared with the earlier radio standards of 2G and 3G, LTE offers considerably higher capacity, but because the technology does not support voice calls in the same way, it requires an additional software layer to support voice communications. Both the PS-LTE and LTE-R networks are used for data and voice services. 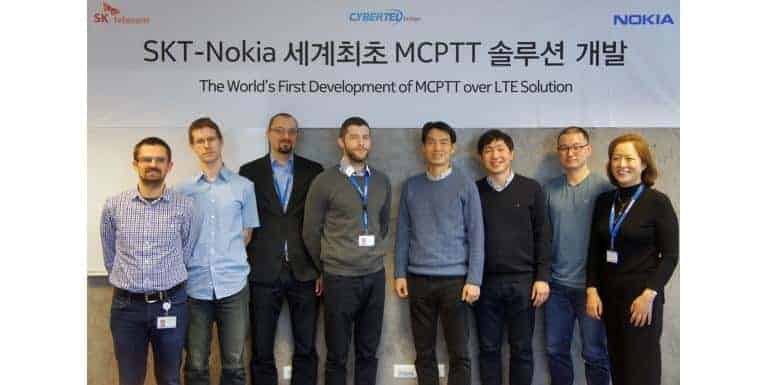