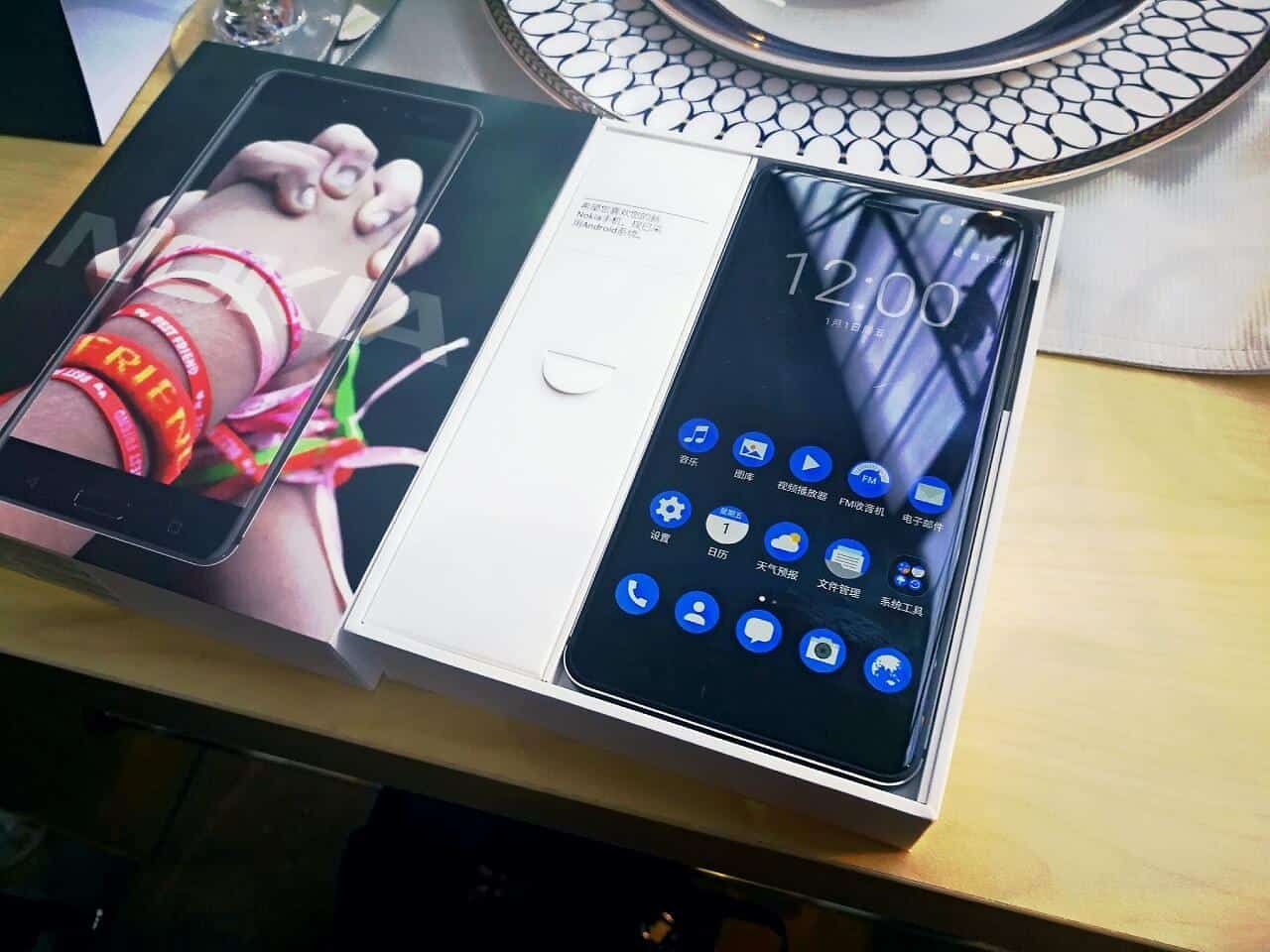 The first Nokia 6 unboxing video has just surfaced. The Nokia 6 was introduced earlier this month, and is the first Nokia-branded smartphone released by HMD Global, a company which acquired Nokia branding rights from Microsoft. This unboxing video comes from TechDroider, and images are also included. The source actually managed to acquire this device in China it seems, as the device is launching there first. In addition to the unboxing video and images, we also get to see some camera samples from the device as well. In any case, let's get started, shall we.

The device seems to be packaged in a rather regular box, though Nokia made sure to throw some paint on top of the box in order to make it pop out, and created an image by doing so. This black smartphone sports a rather industrial design, it doesn't exactly pop out, and you'll either love or hate that, though it seems like Nokia did a really good job with its build, as initial reports suggested. The phone comes with a metal chassis, and it has a soft touch back, while a home key is placed below its display, and is flanked by back and overview (multitasking) capacitive keys. You also get to see what is included in this box, in case you're interested in that. Now, the provided camera samples are good, but do keep in mind that these images have been resized, quite significantly actually. In any case, the colors seem rather accurate, they don't exactly jump at you, though, which is something you'll appreciate if you prefer realistic colors rather than those which come with a ramped up contrast. Unfortunately, the source did not share a low light image for us to check out.

The Nokia 6 is a budget smartphone, no doubt about that. This handset is fueled by the Snapdragon 430 64-bit octa-core SoC, which is Qualcomm's entry-level chip. The device features a 5.5-inch fullHD (1920 x 1080) display, along with 4GB of RAM and 64GB of expandable storage. The phone comes with a 16-megapixel rear-facing camera, and an 8-megapixel front-facing shooter. The 3,000mAh battery is also a part of this package, and CyanogenMod 14-based Android 7.0 Nougat comes pre-installed on the device. Check out our announcement of this smartphone if you'd like to know more.