The first-ever Nokia-branded Android smartphone (barring the Nokia X-series) has finally been unveiled officially by HMD Global. The device is named Nokia 6, and will be sold exclusively on e-commerce portal JD.com in China for 1,699 Yuan (around $250). While the company hasn’t announced any plans for the phone’s global release just yet, buyers in China should be able to get their hands on it “in early 2017”. The Nokia 6, however, is expected to be followed by quite a few more devices this year, so Nokia fans outside the People’s Republic need not despair. The Nokia 6 was originally rumored as the Nokia D1C, and was expected to launch at the MWC in Barcelona next month, but now that it’s been announced already, let’s take a look at some of its key tech specs.

The Nokia 6 is a unibody smartphone that’s built using 6000 series aluminum and, has a fingerprint scanner embedded into its physical home button on the front. The device features a 2.5D curved glass IPS LCD display that measures 5.5-inches diagonally and has a resolution of 1920 x 1080 pixels. The screen has a brightness of 450 nits and has Corning Gorilla Glass 3 protection. The device is powered by the Qualcomm Snapdragon 430 SoC, and comes with 4GB of LPDDR4 RAM and 64GB of internal storage, with support for microSD cards of up to 128GB in capacity. It packs a 16-megapixel rear camera with a 1μm sensor, an f/2.0 aperture, phase detection auto focus (PDAF) and dual-tone flash, as well as an 8-megapixel front-facing camera with a 1.12μm sensor, an f/2.0 aperture and an 84-degree wide-angle lens.

The smartphone also includes Dual Stereo Speakers, Dual Smart Amplifiers (TFA9891) and Dolby ATMOS for better audio quality. It has support for dual SIMs, and is backed by a 3,000mAh non-removable battery. On the connectivity front, the Nokia 6 comes with the obligatory support for 4G LTE, along with dual-band Wi-Fi b/g/n, Bluetooth 4.1 (with A2DP and LE), GPS, USB OTG and 3.5mm audio jack. Sensors include an accelerometer, a gyroscope, a fingerprint scanner and a proximity sensor. The phone measures 154mm in length, 75.8mm in width and 7.8mm in thickness. On the software side of things, the latest Nokia smartphone will run Android 7.0 Nougat out-of-the-box. 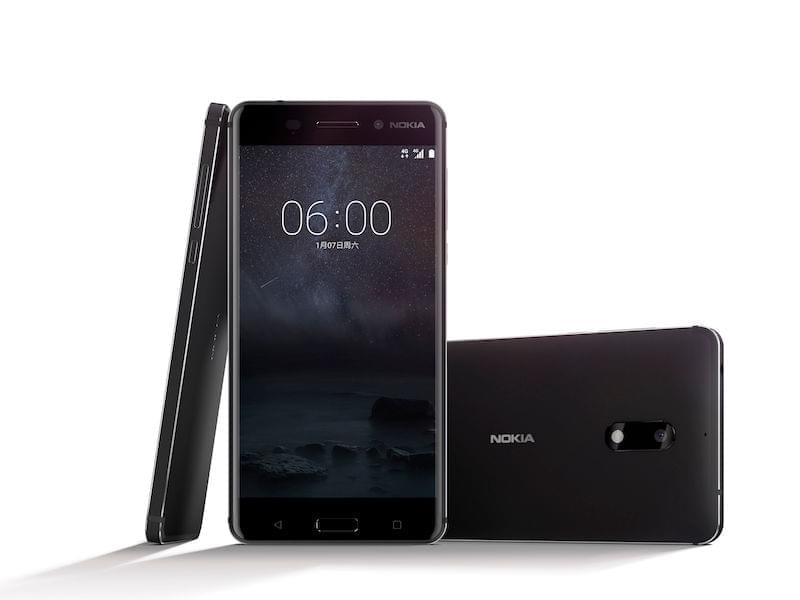