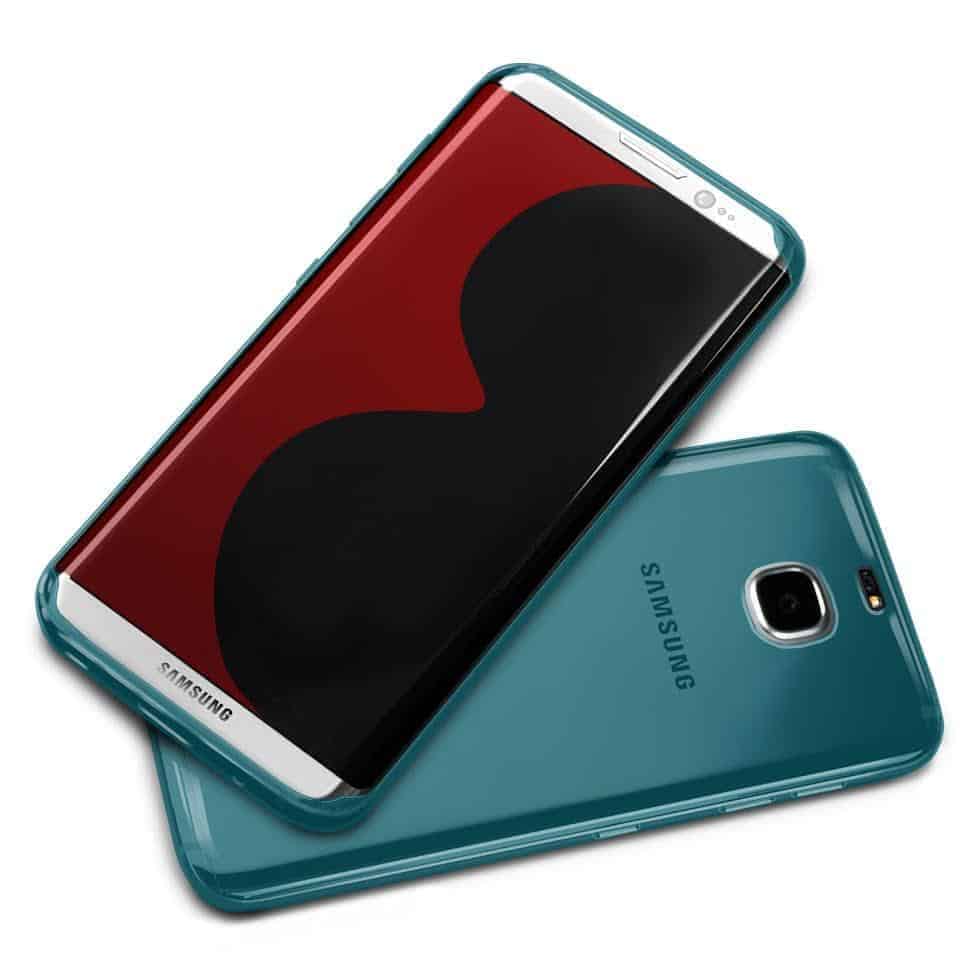 New listings from retailer Mobile Fun showcase a set of renders depicting several Galaxy S8 Edge cases, hinting at the phone's design. The renders also show an abstract lock screen, the first one that has surfaced online so far. Given the source of these images, it's unlikely any of them are based on an actual prototype of the Galaxy S8, though the possibility exists. The renders in question depict two variants of the FlexiShield Gel Case which is shown in Blue and Solid Black. Additionally, Mobile Fun also posted a depiction of the Olixar Ultra-Thin Samsung Galaxy S8 Edge Case which is completely transparent. The Olixar-made FlexiShield accessories are priced at €5.99, while the Ultra-Thin Case sports a €6.99 price tag.

All three listings were only published on Mobile Fun's UK website, possibly by mistake or as a publicity stunt. The retailer is apparently already accepting pre-orders for these products, though none of them are currently available. The Olixar Ultra-Thin case is said to be made of a gel material that's both flexible and durable. The company claims this case is covered with a special coating that prevents slipping and provides users with a better grip of the Galaxy S8 Edge. The accessory in question doesn't look particularly bulky, and its creators are claiming that it adds virtually no extra weight to the phone. It also boasts cut-outs for all of the Galaxy S8 Edge ports and is apparently missing one such opening for a 3.5mm audio jack. The FlexiShield listings feature similar product descriptions, but there's no mention of case dimensions.

The Galaxy S8 is expected to be revealed in mid-April, and there's still no word on whether any variant of the device will even be called the Galaxy S8 Edge, as recent rumors suggest Samsung may opt to equip all models of its next flagship with curved displays. Given that state of affairs, it's highly unlikely these listings from Mobile Fun are based on some legitimate information that Samsung is yet to make public, but they're still a curious thing to look at. In any case, more information on the Galaxy S8 should be available in the coming months.