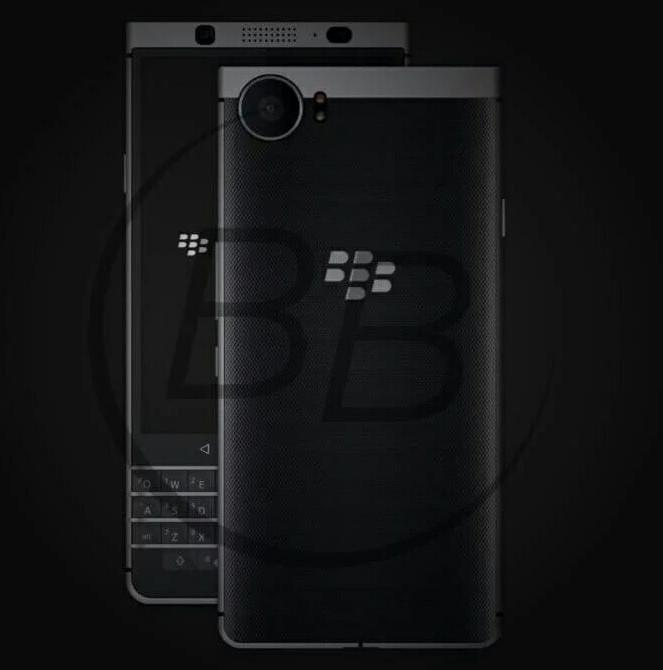 The BlackBerry DTEK70 (aka BlackBerry Mercury) leaks ahead of its official announcement at CES 2017. If you take a look at the gallery down below, you'll get to see BlackBerry's upcoming handset which will get unveiled soon. As you can see in the provided images, this handset will run Android and it will ship with a full physical QWERTY keyboard, as expected. These three images surfaced in China, actually, and they go hand-in-hand with TCL's recently leaked teaser video, it seems like we're looking at identical phones here, even though we didn't get to see the whole device in TCL's teaser video.

As you can see, this smartphone will sport a rather large camera lens on the back, and next to it, you'll notice the dual LED flash. There are two physical keys on the right (power / lock and volume rocker keys), and a single physical button on the left, though it is possible we're looking at a mute switch here, not a button. Below the display, you'll notice three capacitive buttons, back, home and overview (multitasking, respectively). Now, as for BlackBerry DTEK70's specs, rumors are saying that the phone will sport a 4.5 or a 4.6-inch fullHD (1920 x 1080) display, along with 3GB of RAM and 32GB of expandable internal storage. Qualcomm's Snapdragon 652 64-bit octa-core SoC will fuel this smartphone, along with the Adreno 506 GPU. The 3,400mAh battery will also be a part of this package, and Android 6.0 Marshmallow will come pre-installed here with some additions by the company on top of it.

On the back of the BlackBerry DTEK70, we're expecting to see an 18-megapixel camera, while an 8-megapixel snapper will be available on its front side. The phone will offer 4G LTE connectivity, of course, and it will be announced later today. BlackBerry and TCL will host a joined event at 11AM PST today in Las Vegas as part of CES 2017, so if you're interested in checking out what will the two companies have to offer, and you're still looking to get a smartphone with a full physical QWERTY keyboard, well, stay tuned, as there are not many such smartphones currently available out there, at least not those that are running Android.