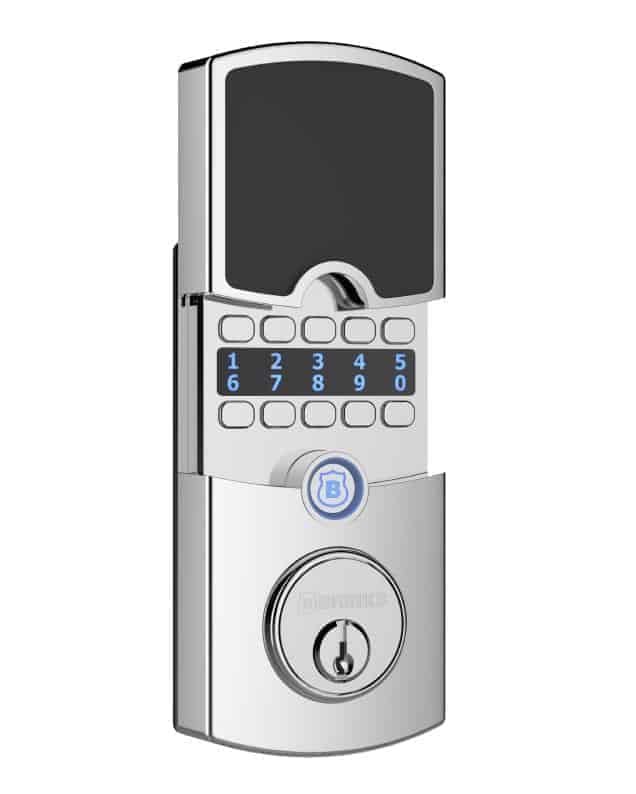 Hampton Products have announced the new Brinks Home Security ARRAY smart lock which offers what is described as “Simply Smart Security” at CES 2017. The new ARRAY Smart Lock has been designed by Hampton Products and connects to a home Wi-Fi network. However, the ARRAY does not need any additional equipment beyond a Wi-Fi network, a smartphone and of course the door. The device includes all of the necessary functionality embedded into the lock and connects to a cloud based system using the home’s Wi-Fi system. Each ARRAY includes an internal rechargeable battery and a high intensity solar panel, and the company claims that users will not need to replace or discard the batteries – although the battery may be recharged by a microUSB cable. The device is compatible with Android, iOS and Amazon Alexa. Hampton Products’ Jim Hartung, executive vice president, explained that the ARRAY has been designed to be easy to use by homeowners all over the world and with the highest quality of software and hardware. He describes it as “…a technologically advanced, highly secure deadbolt that can be easily installed and operated by any homeowner who has three things: a Wi-Fi router, a smartphone and a front door.”

In terms of features, the ARRAY allows customers with either an iPhone or Android smartphone to remotely lock or unlock the door, schedule user access, issue electronic keys or keypad codes and even advise of locks and unlocks by the notification system. Customers with either the Apple Watch or an Android Wear device are able to two-tap lock or unlock the door, and the Amazon Echo and Echo Dot Alexa-equipped devices are able to control the lock by their voice. The ARRAY uses a SunCore-designed photovoltaic panel, which it claims is twice as efficient as a normal solar panel, so as to keep the battery recharged. Hampton consider the ARRAY to be an Internet-of-Things design and it and connects to a secure cloud architecture with the help of a number of security features, such as two-factor authentication and what Hampton describe as a “state-of-the-art” encryption protocol. In total, customers have five ways to open their doors: a smartphone, smartwatch, tablet, the keypad and the traditional key. When asked why the ARRAY has to many ways to be operated, Hartung explained that the company’s consumer testing showed that customers felt a key backup was very important, as it providing a keypad entry system for visitors and children to unlock the door and gain access to the property.

The ARRAY smart lock will be available to pre-order from May 2017 and Brinks Home Security are making the device available in a range of finishes such as satin nickel and polished chrome. Each lock is built to at least American National Standards Institute (ANSI) Grade 2 standards and are considered to be pick-resistant, bump-resistant and drill-resistant.