A new Moto G5 Plus (XT1685) leak has just surfaced, and this time around we get to see CPU-Z running on the device. Now, 9 images in total leaked, but they were all stitched together in a single image by the source. All in all, 8 out 9 images show off various parts of CPU-Z running on the Moto G5 Plus, and thanks to that app, we now know what to expect in terms of specs, as these images do share quite a bit of spec info.

According to the provided info, the Moto G5 Plus will sport a 5.46-inch fullHD (1920 x 1080) display, do keep in mind that the app could be slightly off, it is possible we’re looking at a 5.5-inch panel here, and not a 5.46-inch one. In any case, the phone will also pack in 4GB of RAM, if this info is to be believed, and the leak also claims that we’ll get 32GB of internal storage on the device. Qualcomm’s Snapdragon 625 64-bit octa-core processor will fuel the Moto G5 Plus, while you’ll also get a 3,100mAh battery here. The 13-megapixel camera will be placed on the back of the Moto G5 Plus, and a 5-megapixel snapper will be available on the device’s front side. Android 7.0 Nougat will come pre-installed on the device, if this info is to be believed, and even though this will be an almost stock variant of Google’s OS, you can expect some additions by Lenovo / Motorola. 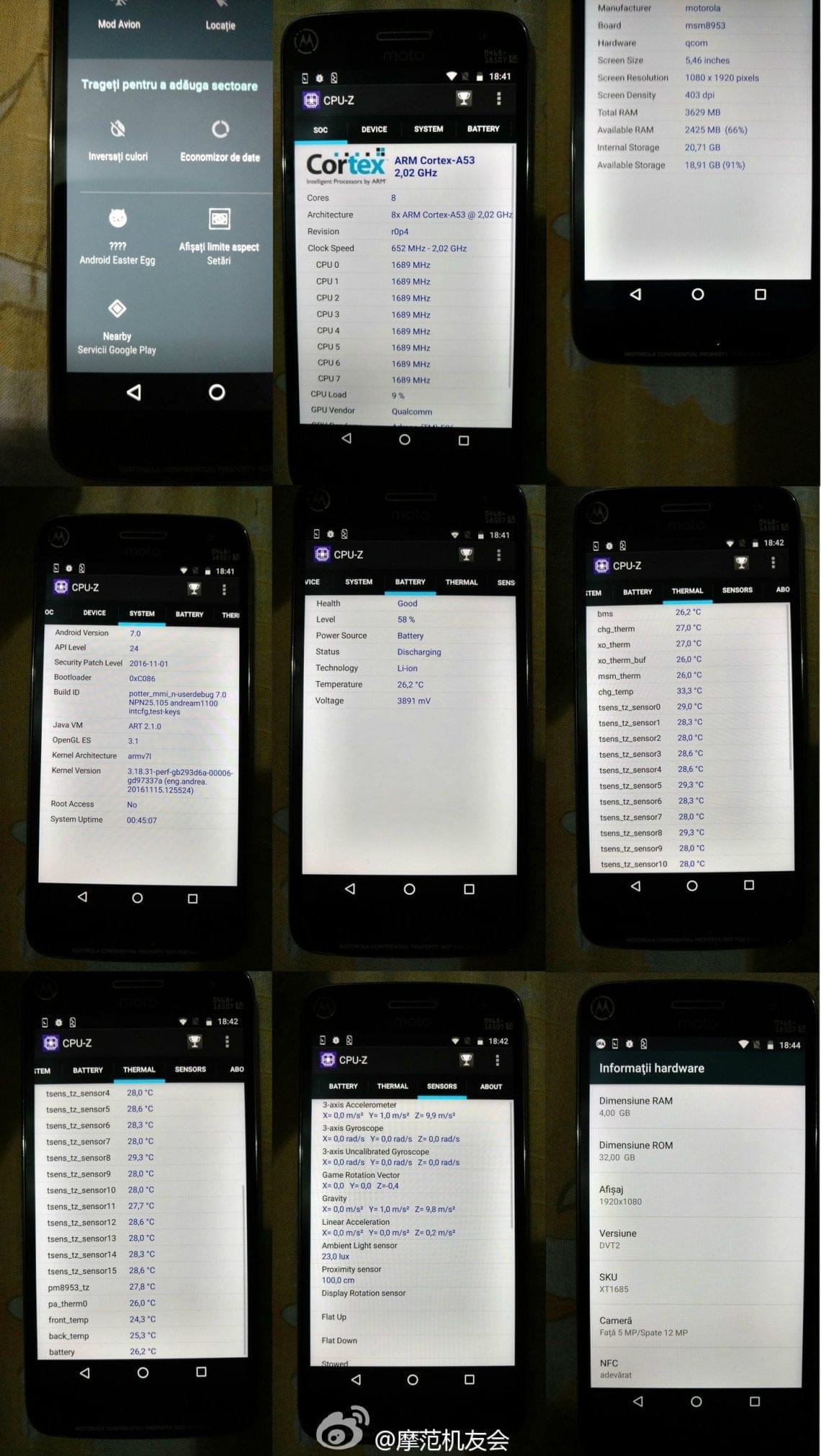