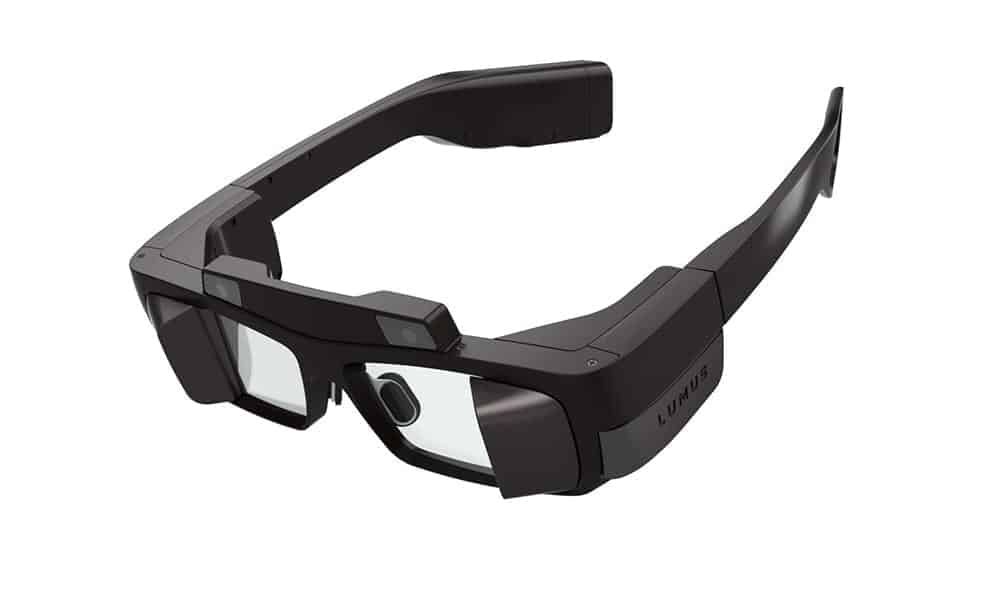 Lumus may not be all that well known in the consumer space, but they’re one of the biggest names in augmented reality eyewear and their new DK-50 AR glasses development kit is making waves at CES 2017 for a number of reasons. For starters, although the DK-50 is only a licensable development kit and not a consumer product, it is definitely worth mentioning that it boasts a wide field of view, sitting pretty at 40 degrees diagonally. It helps out that the kit is binocular, meaning that there are two lenses. In essence, this is one of the most compact feasible mixed reality solutions in the tech world at the moment. In fact, on the day of its announcement, it already has a first customer in Japanese IT and entertainment company SUNCORPORATION.

The glasses sport a somewhat modest spec sheet for this day and age, but one that should be more than adequate for their purpose. The whole show runs on top of a heavily modified version of Android 4.4.2 (KitKat) and is powered by a Qualcomm Snapdragon 800 processor, along with 2GB of RAM. The resolution is 1,280 x 720 per eye, and the displays can output up to 4,000 nits of brightness, more than enough to compete admirably and convincingly with the real world that the augmented and mixed reality content will be superimposed upon. Naturally, content moves at a silky 60 frames per second. Two 4-megapixel cameras are paired with dual microphones, allowing for accurate input from the real world. Various wi-fi standards are supported, and the internal storage is a somewhat barebones 16 gigabytes. A 3.5 millimeter audio jack is on board to help keep the experience private.

As for the frames, they’re made of a special magnesium alloy to keep the glasses tough and lightweight, and the waveguide is only 1.7 millimeters thick. Two USB 2.0 ports are on board, one for power, and one for USB OTG functionality. On the software side, a special companion app can turn any Android phone into the control unit for the glasses. Naturally, that’s coupled with a software development kit, allowing developers to create content and entirely new apps for DK-50 based hardware. 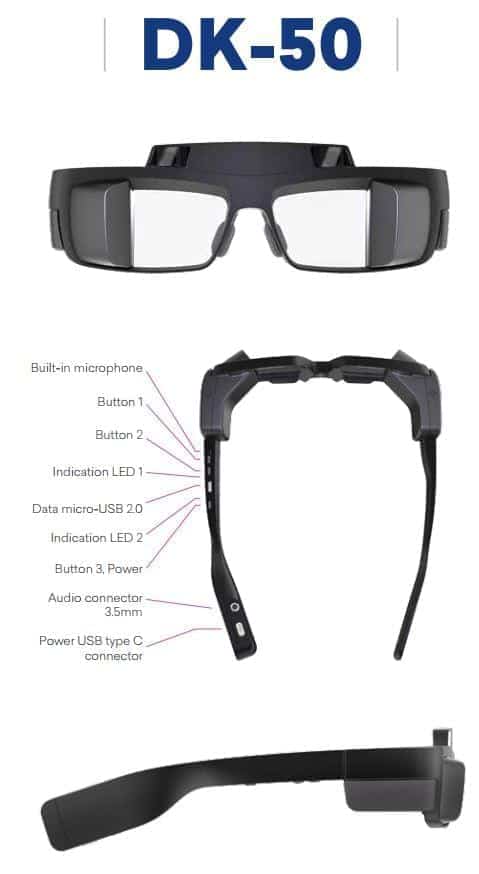