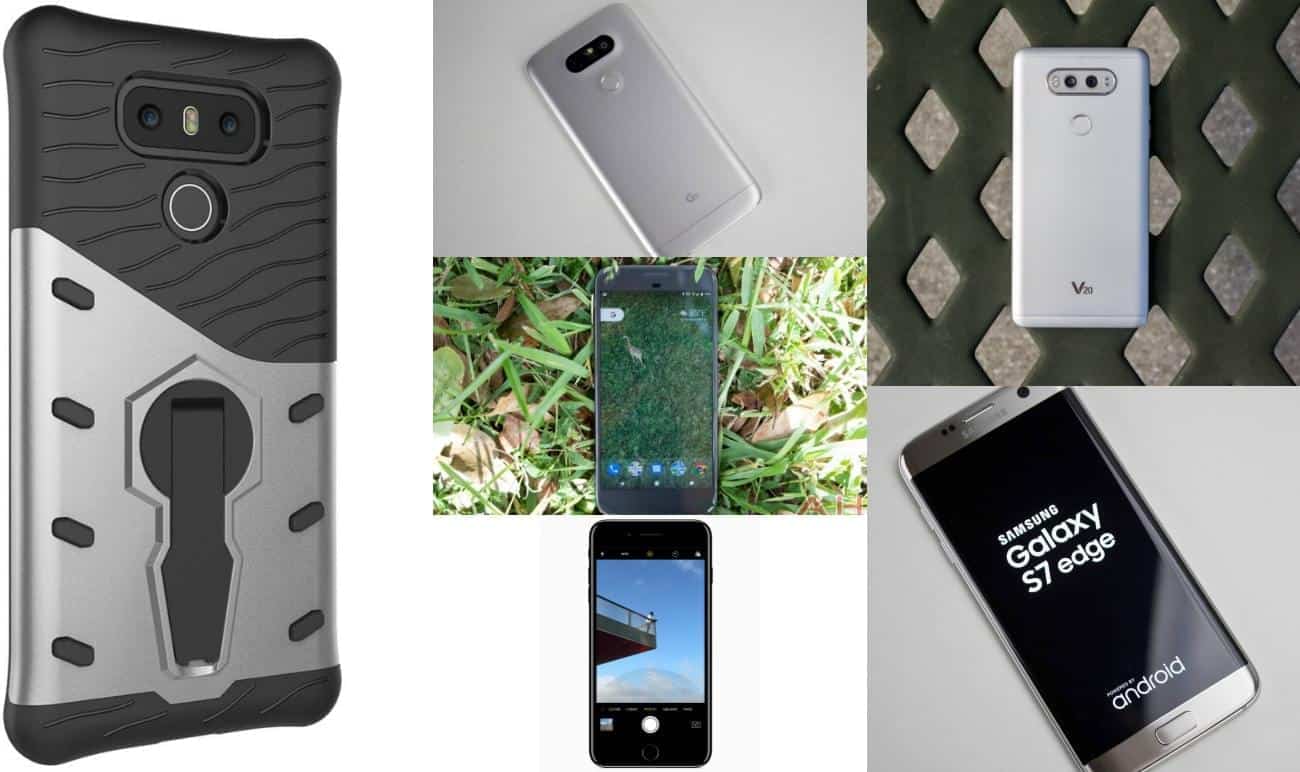 LG fans and smartphone enthusiasts are surely looking forward to the new LG G6, and although the official display size of the new phone has not yet been confirmed, a comparison between the rumored size of LG's next flagship and some of the other competing devices, like the Google Pixel XL, LG G5, LG V20, Samsung Galaxy S7 Edge, and iPhone 7 Plus, will paint a good picture for consumers on what to expect. Yes, there are also important specifications to consider besides display size, but when you walk into a store or research online for a smartphone the first thing you might notice is how it looks and how big its screen is. Most users carry their smartphone in their pocket, so size is crucial – some carry them in a shirt pocket and space is limited. Let's take a look at how the LG G6 stacks up to the competition regarding size.

Facts about the LG G6 are starting to come to light, showing that it could sport a 5.7-inch Quad HD+ display with an unusual 9:18 aspect ratio rather than the standard 9:16 with a resolution of 2880 x 1440. While this format does give the LG G6 a taller and more narrow footprint, it is sometimes nice to have a wider display to work with, especially when performing certain functions.

You can see that the LG G6 is about the same height as its predecessor, the LG G5, but slightly more narrow. The width is different because of the aspect ratio and smaller bezels, but what is interesting is that the LG G5 only has a 5.3-inch display versus the 5.7-inch display that is though to come on the LG G6, meaning that LG can pack in a larger display in the same area, something which was hinted at in their recently posted YouTube video that asks consumers what's on their wishlist feature-wise for an ideal smartphone. Smaller bezels all around on the LG G6 means more screen real estate and that is a good thing. The LG V20 also sports a 5.7-inch display, yet is clearly wider and taller, leaving a much larger footprint. This difference in size could be attributed to several items, such as the larger bezels, different aspect ratio, possibly the secondary display or LG needed more room inside for its components.

When it comes to the iPhone 7 Plus, the LG G6 is shorter and more narrow despite the iPhone's 5.5-inch display. The iPhone has large bezels on the top and bottom with edges that clearly do not come to the edges. The Google Pixel XL, with its 5.5-inch display, is only slightly taller and wider than the LG G6. The design has bezels all around, coupled with the aspect ratio, making it a larger footprint. Although not pictured, we thought we would compare it to the Samsung Galaxy S7 Edge. The Galaxy S7 Edge also sports a 5.5-inch display and is slightly taller, but the same width. The S7 Edge's dual curved display allows Samsung to squeeze more display into a smaller area. We look forward to seeing the new LG G6, which will not use the modular design of the LG G5 as sales and enthusiasm were not up to LG's expectations. LG's next big battle will be against the Samsung Galaxy S8, and LG is doing everything in its power to beat the Galaxy S8 to market. It greatly needs the LG G6 to be a success to recoup its losses on the LG G5.