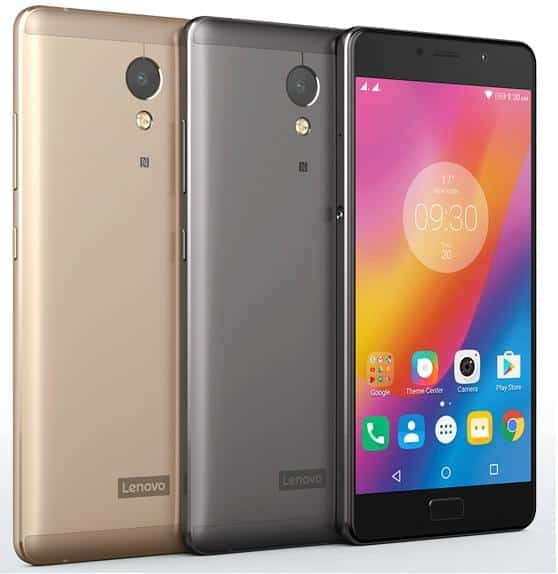 The Lenovo P2 is now official in India. Lenovo has just introduced their big battery smartphone in India, following its launch in China back in September last year. The company shared a teaser on Twitter a week ago and promised that the phone will land in India soon, well, that has just happened, and we’re looking at the same smartphone that launched in China last year, though this model has support for different bands, of course.

The Lenovo P2 comes in Graphite Gray and Champagne Gold color variants to India, and is launching in both 3GB and 4GB RAM flavors. The device will be available exclusively from Flipkart starting at midnight tonight, so those of you who are interested, keep that in mind. The 3GB RAM variant of the Lenovo P2 will set you back Rs. 16,999 in India, while the 4GB RAM model will cost Rs. 17,999. The Lenovo P2 is made out of metal, and is a mid-range smartphone. The main feature of this device has got to be its 5,100mAh battery (fast charging included), which should be more than enough to get you through the day no matter how heavy your use is. The Lenovo P2 sports a 5.5-inch 1080p (1920 x 1080) Super AMOLED display, 3GB / 4GB of RAM and 32GB of expandable internal storage. The device is fueled by the Snapdragon 625 64-bit octa-core SoC running at 2GHz, along with the Adreno 506 GPU.

On the back of the Lenovo P2, you’ll be able to find a 13-megapixel snapper, along with the dual-LED, dual tone flash. A 5-megapixel camera is located on the front side of this smartphone, and Android 6.0.1 Marshmallow comes pre-installed on the Lenovo P2. This smartphone has a 3.5mm headphones jack, and there are two SIM card slots available here (hybrid dual SIM setup, 2 x nano SIM). The Lenovo P2’s fingerprint scanner is placed below the display, and that button also acts as a home key, despite the fact this device comes with on-screen buttons out of the box. Lenovo’s branding is placed on the back of the device, and the phone looks really nice overall, though we’ve already seen a ton of similar designs out there.