The Meizu M5s seems to be on the way, and its price just leaked. If you take a look at the provided image (below the article), you’ll get to see a pamphlet which reveals the price of the Meizu M5s, allegedly, of course. The Meizu M5s will cost 999 Yuan ($146) if this information is accurate, chances are we’re looking at the base model of the device because Meizu will almost certainly release at least two different storage variants of this smartphone, quite probably 32GB and 64GB models, though 16GB storage variant had also been mentioned.

The aforementioned pamphlet also mentions that the device will ship with a 5.2-inch IPS display, Meizu’s mCharge fast charging and the company’s multifunctional mTouch home key. That being said, Meizu had already scheduled a press conference for the reveal of the Meizu M5s, the device will be announced on January 27th in China. Needless to say, the Meizu M5s will be a direct competitor to the Redmi 4 and Redmi Note 4 handsets, which are Xiaomi’s budget offerings. The Meizu M5s popped up on Geekbench earlier this month, and it was certified by TENAA (China’s equivalent to the FCC) in China at the end of last month, so we basically know what to expect in terms of both its specifications and design. If TENAA is to be believed, the Meizu M5s will be made out of metal, while it will resemble other Meizu-branded handsets which were introduced in the last couple of years. 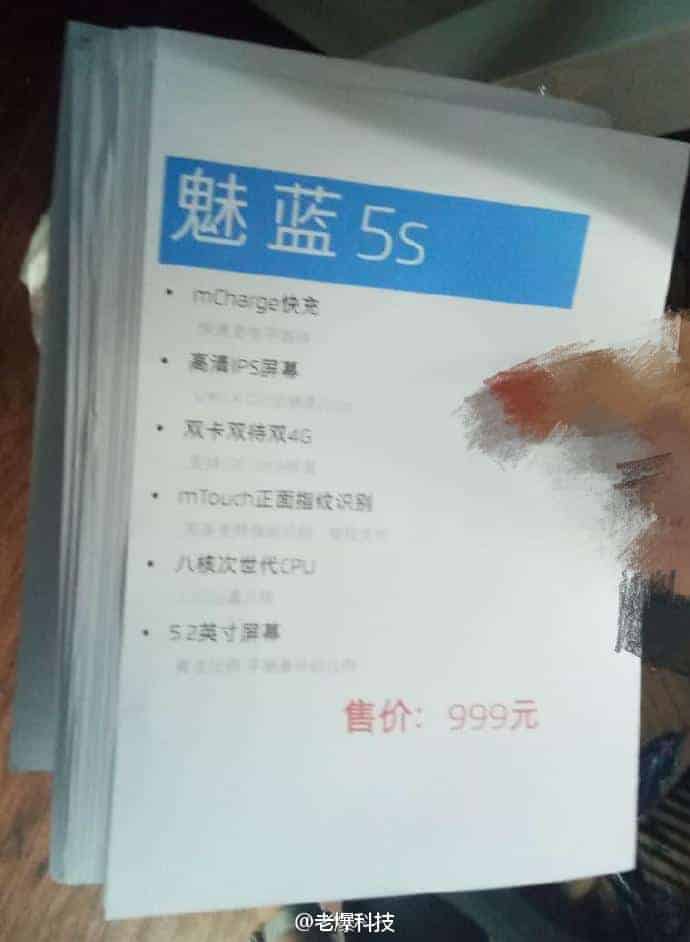