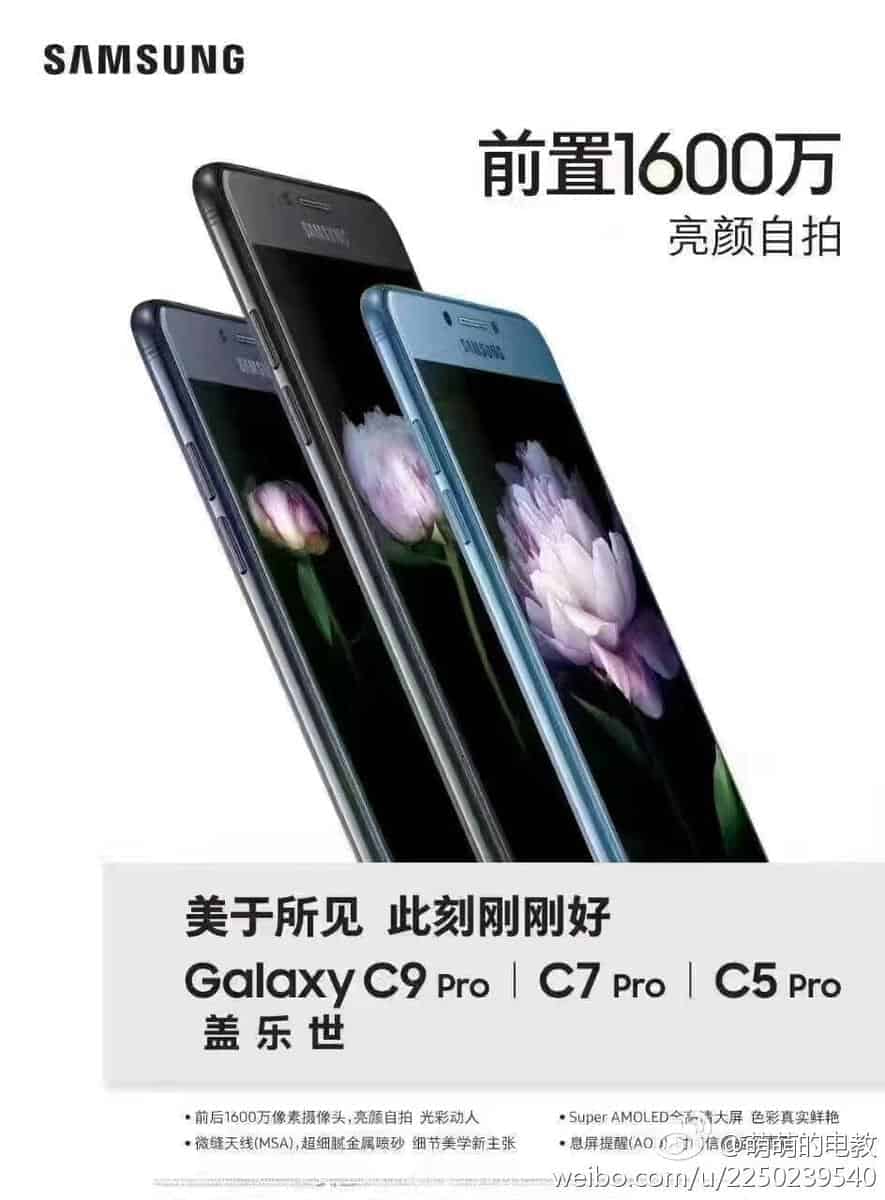 A newly leaked teaser image points to Samsung's Galaxy C Pro series coming soon, showing a depiction of the Galaxy C5 Pro, the Galaxy C7 Pro, and the Galaxy C9 Pro, each with their own unique color suggesting that Samsung has at least three color options planned across the three devices, although it's unclear if each phone will come in each of the three colors that are shown in the leak, or if those colors will be specific to each of those models. It's also worth considering that there has already been a leak of a Gold-colored Galaxy C7 Pro that comes with what appears to be a white front which is not one of the colors that's shown here, so Samsung could be mixing things up a bit with these three devices and limiting some colors to a specific model.

The teaser, which was posted by a tipster over on Twitter mentions that "C is Coming" which was the message that was accompanying the tweet, and that might not be too far off as a recent rumor from last week suggests that the Samsung Galaxy C9 Pro is going to launch in India soon. There isn't much detail to be picked up from the image, but it does list the word Super AMOLED which would be in direct relation to the type of panel that Samsung is using for the screens on these three new phones, although this is likely not too shocking for consumers who follow Samsung mobile devices as they seem to be putting the Super AMOLED display on nearly everything they produce these days.

The leak also reportedly mentions 16-megapixel cameras which may detail that all three models will use a 16-megapixel camera on both the front and the back of the device, although there is no way to confirm this particular detail at this time. While other details such as the cost of these phones are still unclear as well, another previous rumor has suggested that the cost for the Galaxy C5 Pro will be 2,399 Yuan, while the Galaxy C7 Pro will be 2,799 Yuan. If this is the case than the Galaxy C9 Pro is likely to be around 3,000 Yuan or more, providing a decent combination of options for those looking at mid-range devices.